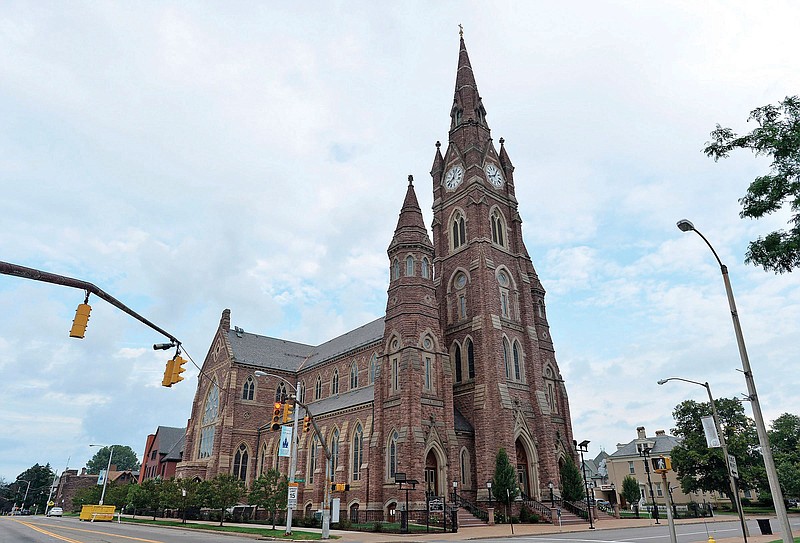 St. Peter Cathedral in Erie, Pa., is the home parish for the Catholic Diocese of Erie, which applied for funds from the federal Paycheck Protection Program. (AP/Erie Times-News/Christopher Millette)

NEW YORK -- The U.S. Roman Catholic Church used a special and unprecedented exemption from federal rules to amass at least $1.4 billion in taxpayer-backed coronavirus aid, with many millions going to dioceses that have paid huge settlements or sought bankruptcy protection because of clergy sexual abuse cover-ups.

The church's haul may have reached -- or even exceeded -- $3.5 billion, making a global religious institution with more than a billion followers among the biggest winners in the U.S. government's pandemic relief efforts, an Associated Press analysis of federal data released this week found.

Houses of worship and faith-based organizations that promote religious beliefs aren't usually eligible for money from the U.S. Small Business Administration. But as the economy plummeted and jobless rates soared, Congress let faith groups and other nonprofits tap into the Paycheck Protection Program, a $659 billion fund created to keep main street open and Americans employed.

By aggressively promoting the program and marshaling resources to navigate its shifting rules, Catholic dioceses, parishes, schools and other ministries have so far received approval for at least 3,500 forgivable loans, AP found.

The Archdiocese of New York, for example, received 15 loans worth at least $28 million just for its top executive offices. Its iconic St. Patrick's Cathedral on Fifth Avenue was approved for at least $1 million.

A loan of at least $2 million went to the diocese covering Wheeling-Charleston, West Virginia, where a church investigation revealed last year that then-Bishop Michael Bransfield embezzled funds and made sexual advances toward young priests.

Simply being eligible for low-interest loans was a new opportunity. But the church couldn't have been approved for so many loans -- which the government will forgive if they are used for wages, rent and utilities -- without a second break.

Religious groups persuaded the Trump administration to free them from a rule that typically disqualifies an applicant with more than 500 workers. Without this preferential treatment, many Catholic dioceses would have been ineligible because -- between their head offices, parishes and other affiliates -- they exceed the 500-person cap.

"That favoritism was worth billions of dollars," said Micah Schwartzman, a University of Virginia law professor specializing in constitutional issues and religion who has studied the Paycheck Protection Program.

The AP tally of how much the church collected, between $1.4 billion and $3.5 billion, is an undercount. The Diocesan Fiscal Management Conference surveyed members and reported that about 9,000 Catholic entities received loans. That is nearly three times the number of Catholic recipients AP could identify.

AP couldn't find more Catholic beneficiaries because the government's data, released after pressure from Congress and a lawsuit from news outlets including the AP, didn't name recipients of loans under $150,000 -- a category in which many smaller churches would fall. And because the government released only ranges of loan amounts, it wasn't possible to be more precise.

The Paycheck Protection Program was open to all religious groups, and many took advantage. Evangelical advisers to President Donald Trump received loans, as did many big-name churches.

There is no doubt that state shelter-in-place orders disrupted houses of worship and businesses alike. Masses were canceled, depriving parishes of expected revenue and contributing to layoffs in some dioceses.

But other problems were self-inflicted. Long before the pandemic, scores of dioceses faced financial pressure because of a dramatic rise in recent clergy sex-abuse claims.

Information for this article was contributed by Justin Myers of The Associated Press. 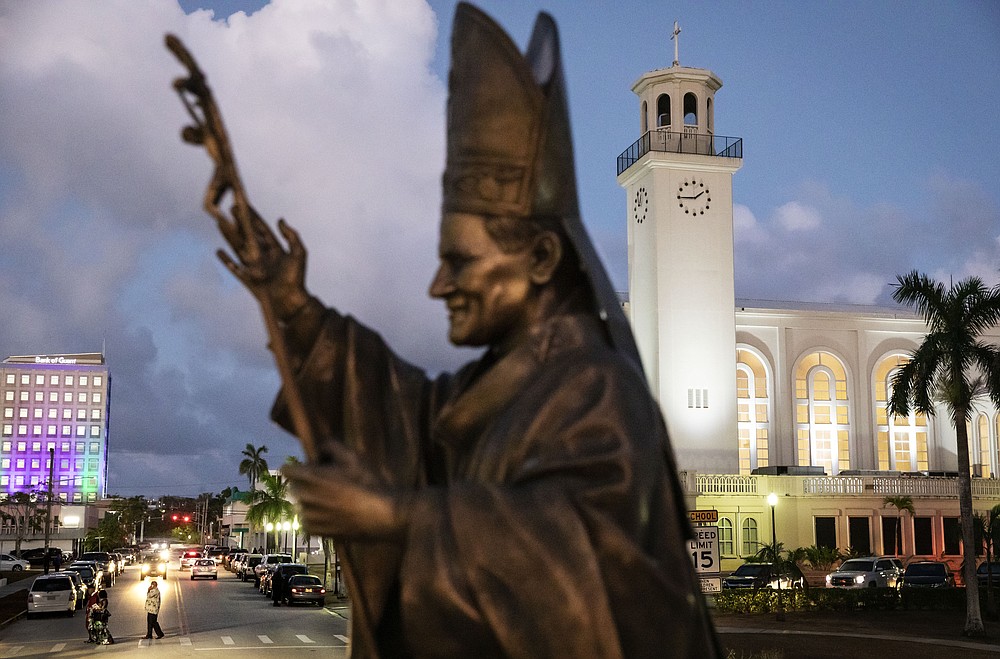 FILE - In this Tuesday, May 7, 2019 file photo, a statue of Pope John Paul II stands outside the island's main cathedral, Dulce Nombre de Maria Cathedral-Basilica, during a Mass in Hagatna, Guam. Over 200 clergy abuse lawsuits led church leaders in the U.S. territory to seek bankruptcy protection, as they estimated at least $45 million in liabilities. Even so, the Archdiocese of Agana’s parishes, schools and other organizations have received at least $1.7 million in coronavirus rescue funds in 2020, as it sues the Small Business Administration for approval to get a loan for its headquarters, according to the archdiocese’s bankruptcy filing. (AP Photo/David Goldman) 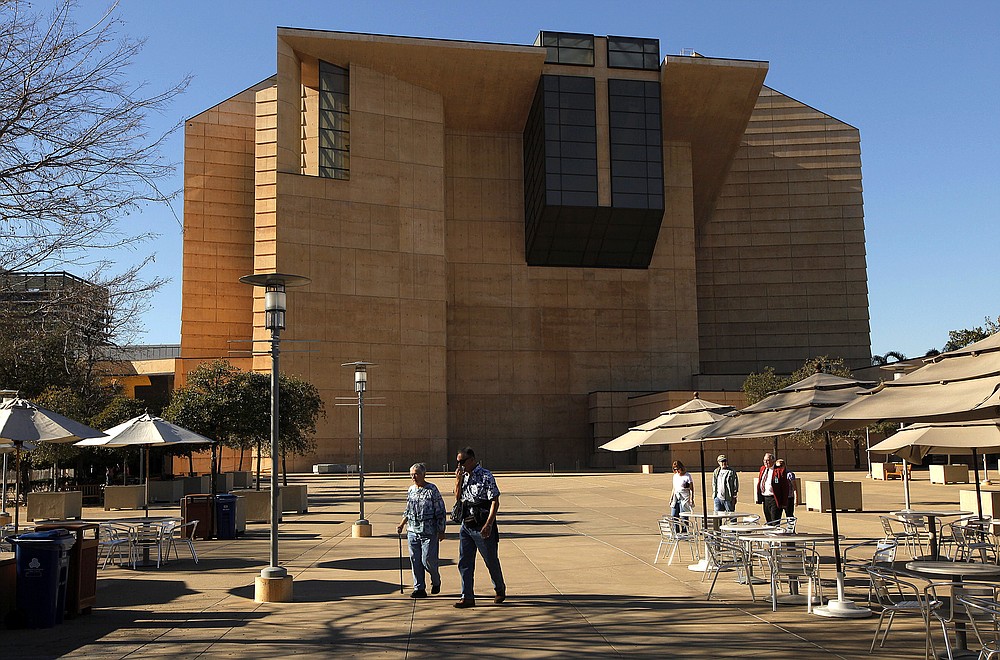 FILE - In this Monday, Jan. 21, 2013 file photo, visitors tour the grounds of the Cathedral of Our Lady of the Angels the seat of the Archdiocese of Los Angeles. The archdiocese told The Associated Press in a 2020 survey sent before the release of federal data, that 247 of its 288 parishes - and all but one of its 232 schools - received loans from the U.S. Small Business Administration. (AP Photo/Damian Dovarganes)