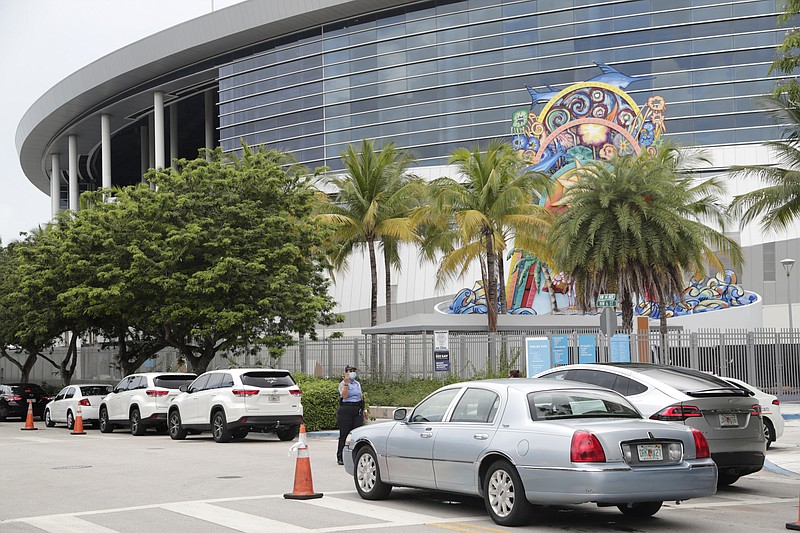 Vehicles pass by the home run sculpture as they wait in line outside of Marlins Park at a COVID-19 testing site during the coronavirus pandemic, Monday, July 6, 2020, in Miami. The long line of cars each morning as players arrive at work provides a reminder of the risks when they leave. Behavior away from the ballpark will be a big factor in determining whether Major League Baseball's attempt to salvage the 2020 season can succeed. (AP Photo/Lynne Sladky)

There's plenty of activity outside ballparks on both sides of the country, with people lining up by the hundreds in nervous anticipation of what the next few days might bring.

There's some activity inside, too, but for how long nobody knows.

Baseball is struggling mightily to get going, as each day brings more turmoil to a summer camp unlike any players have ever experienced. Some are testing positive, others are dropping out and everyone is increasingly anxious about what the next day -- and the next test -- might bring.

Even as the MLB's 60-game schedule was officially unveiled, the chances of the abbreviated season actually beginning -- much less finishing -- remain so random that no self-respecting Las Vegas bookie would even entertain taking a bet on it.

That likely didn't matter that much to those in their cars outside parks like Dodger Stadium in Los Angeles and Tropicana Field in Florida, which are doing double duty as community test centers. As players tossed balls and stretched not far away, they waited patiently in long lines of cars for the covid-19 tests that, for some, could literally mean the difference between life and death.

The jarring juxtaposition should give everyone pause. Because while the games haven't even begun, the virus is already winning.

And so far it's not even a contest.

That's clear from reports from almost every MLB camp, where each new positive test is greeted by more wringing of hands and furtive glances toward the clubhouse door. Atlanta star Freddie Freeman is out with the virus, Mike Trout is concerned about making it through a season and David Price decided the risk of coming back was not worth the reward with his new team, the Dodgers.

The season is supposed to start in a little over two weeks, but every day brings new worry and new danger. With no bubble, players can't be sure of anything, and a problem in testing over the weekend that forced some teams to temporarily shut down training made them trust MLB even less.

They may not totally trust their teammates, too, and with good reason. Cleveland is keeping outfielder Franmil Reyes away from training camp after he was seen on social media attending a weekend holiday party without a mask, and with some 1,800 players in the majors, the reality is not all are going to be as cautious as they should be.

"If we can't really nail the easy part -- which is right now, just our players -- we have a big problem," Chicago's Kris Bryant said. "I go home every day and I just think, what if I were to get it and bring it home. It would be awful. There's so much that could go wrong."

Those playing in bubbles are just as worried. NBA players are warily packing for extended days in Florida, where the virus is in full bloom and the unknown will be exacerbated by the fact that for up to three months they won't be able to hug their children, kiss their wife or have any family interaction that doesn't happen on FaceTime.

Meanwhile, NHL players will be gathering in two Canadian cities to play a postseason almost nobody is clamoring for. And in a few weeks, NFL training camps are supposed to open, even as the league remains tight-lipped about just how players will be protected in a sport where contact is king.

I wrote a few weeks back that the rush by sports leagues to return was both wishful and dangerous. Nothing has changed since then, except that the number of cases has skyrocketed and there are massive outbreaks in the very spots some of the leagues want to resume play.

They're rolling the dice, and it could prove deadly. 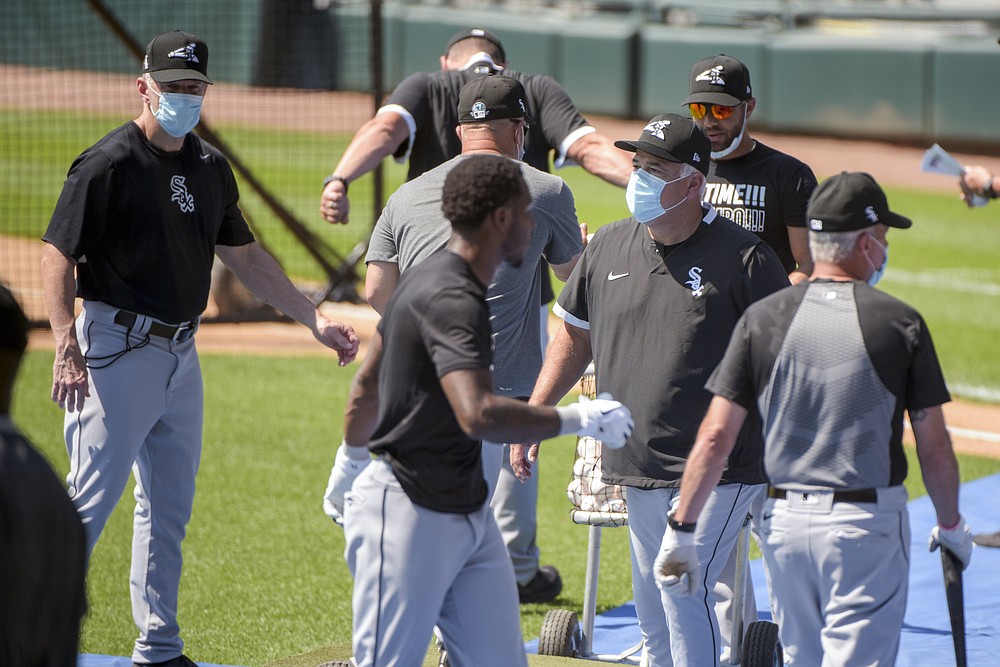 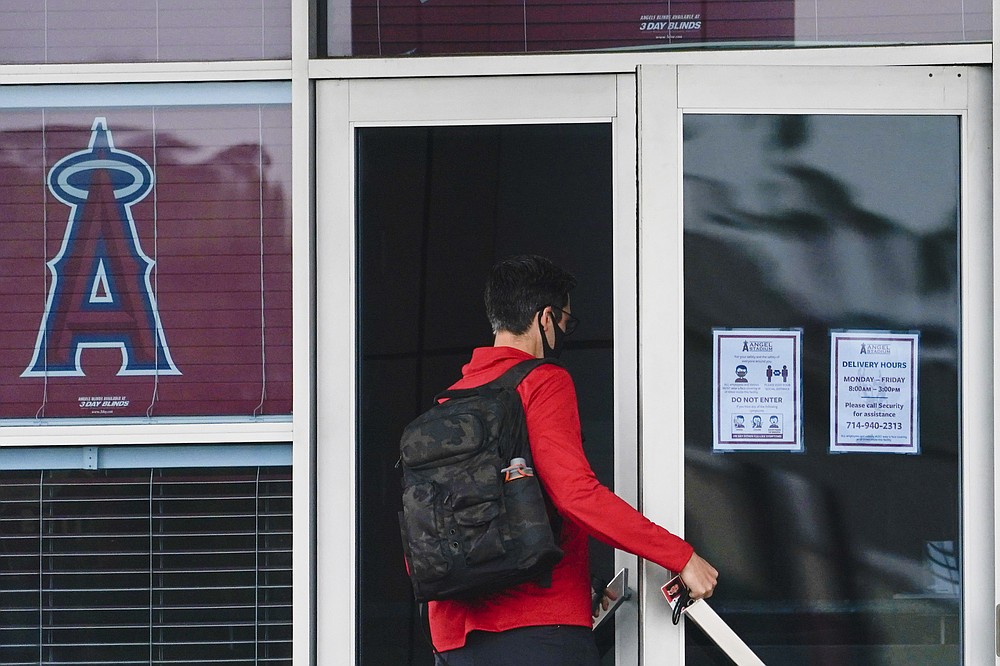 A Los Angeles Angels employee enters Angels Stadium on Wednesday, July 1, 2020, in Anaheim, Calif. The Angels and other Major League Baseball teams will report to their respective facilities for training this week, amid the coronavirus pandemic. (AP Photo/Ashley Landis) 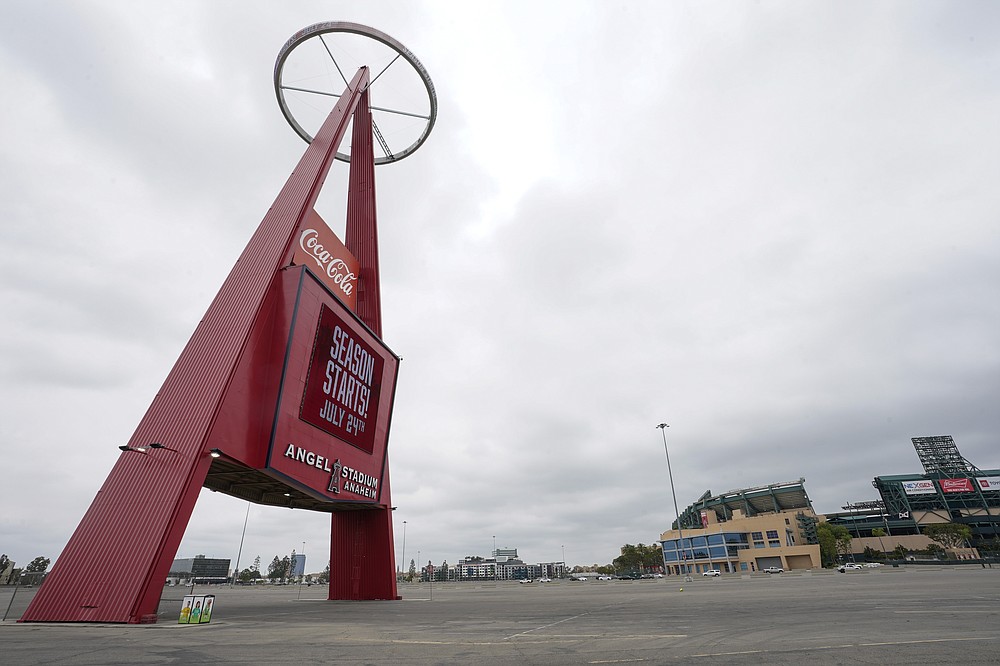 A sign outside Angels Stadium announces Opening Day as July 24, on Wednesday, July 1, 2020, in Anaheim, Calif. The Angels and other Major League Baseball teams will report to their respective facilities for training this week, amid the coronavirus pandemic. (AP Photo/Ashley Landis)
ADVERTISEMENT