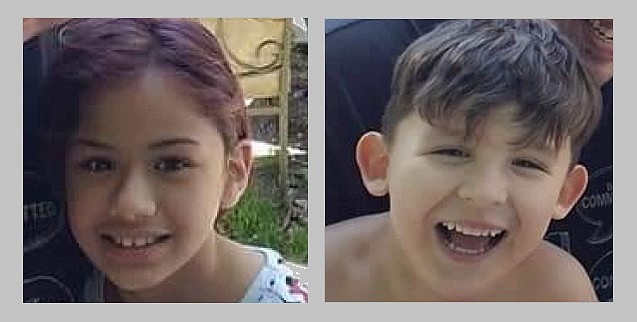 Arkansas State Police issued an Amber Alert on behalf of Missouri authorities Thursday afternoon for two children believed to have been taken from a residence.

Genesis Padron, age 8, and Samuel Padron, age 4, have been missing since about 8:50 a.m. Thursday from Southwest City, Mo., according to the alert.

Authorities believe the two children are traveling with Hilda Melendez in a cream-colored Kia Soul with Oklahoma plates. Authorities described Melendez as a noncustodial parent accused of assaulting an adult who was watching the children, and taking them both.

They may be en route to Mexico, according to the alert, and “recent statements made indicate the children are in danger.”

Melendez is described as a 35-year-old white woman, about 5 foot 3, with brown hair and brown eyes.