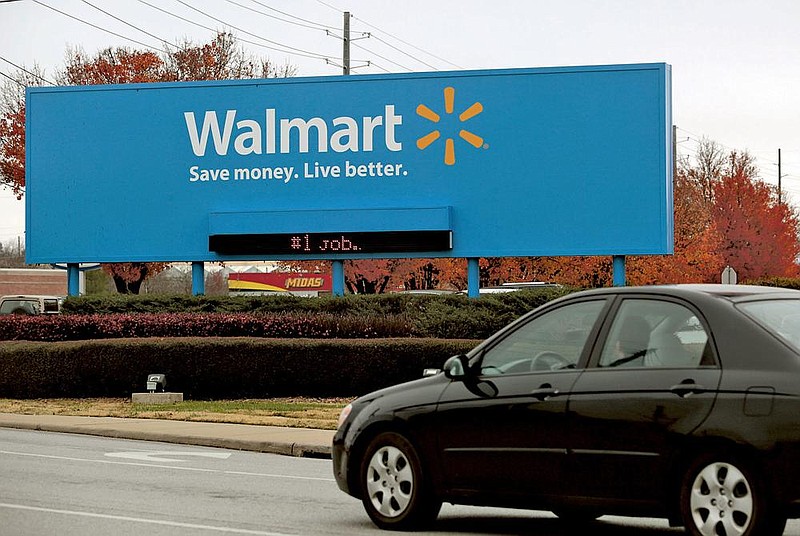 In this file photo a vehicle passes by the Walmart Home Office in Bentonville. (NWA Media/JASON IVESTER)

Walmart Inc. and other retailers have pulled Washington Redskins merchandise from their websites amid controversy over the football team's name, which is widely considered a racial slur.

A Walmart spokeswoman said Tuesday that the company had no comment other than a brief statement on its Twitter account. The Bentonville-based retailer's tweet said it discontinued sales of the items after the NFL and the team's owner announced that the team name is under review.

The NFL said Friday that the announcement came a day after FedEx Corp., which has naming rights to the Washington team's stadium, asked the team to change its name. Nike Inc., the NFL's official apparel partner, quickly removed the team's items from its website, The Wall Street Journal reported Sunday.

The newspaper said baseball's Cleveland Indians are considering a name change, as well.