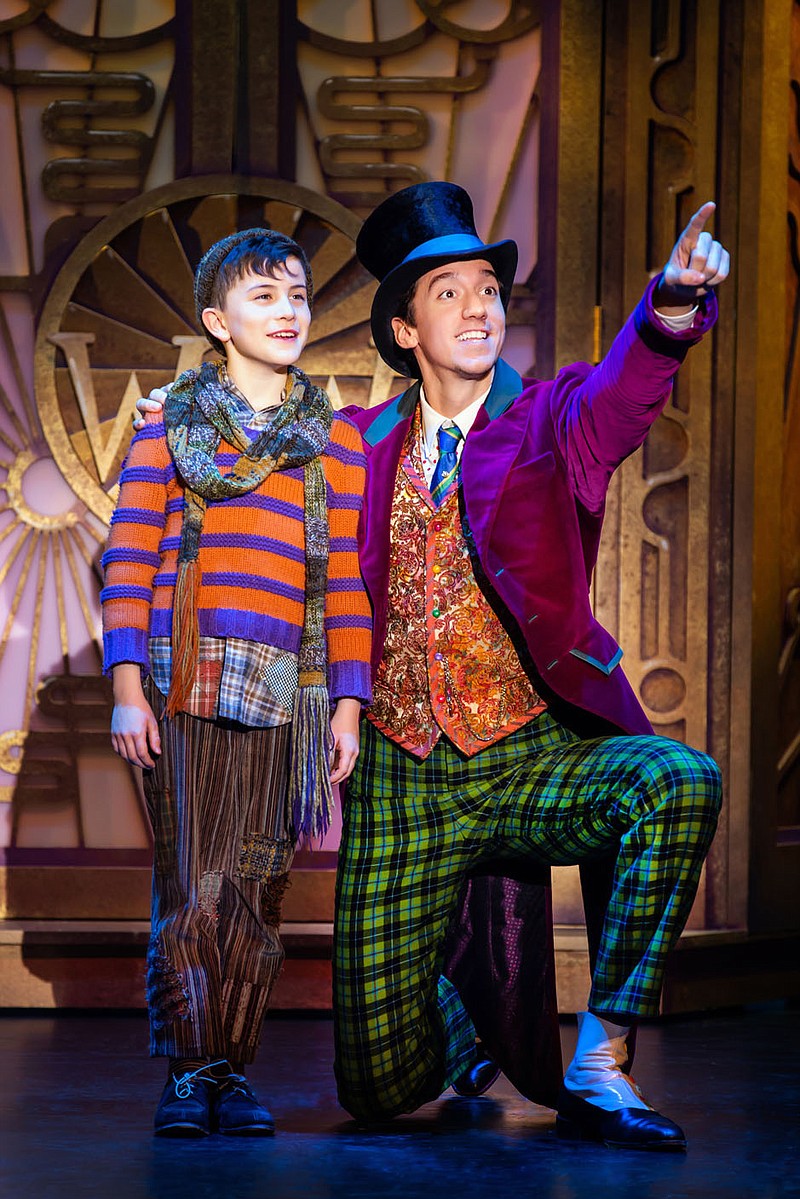 "Charlie and the Chocolate Factory" is one of the Broadway shows rescheduled by the Walton Arts Center due to covid-19 concerns. Originally on the calendar for Dec. 15-20, it will move to sometime in 2021, as will all shows with expected audiences of more than 200. (Courtesy Photo)

The Walton Arts Center in Fayetteville announced Tuesday that all Broadway shows -- and any performance with an anticipated audience of more than 200 people -- will be postponed until January.

On the heels of that news release, the Symphony of Northwest Arkansas announced it would also postpone its performances at the Walton Arts Center until 2021.

Up the road in Rogers, Arkansas Public Theatre canceled the remainder of its 2020 shows.

"It will be some time before we can resume business as usual at our venues," said Peter Lane, president and chief executive officer of the Walton Arts Center, in a news release. "Because each show involves several hundred cast and crew members and draws thousands of audience members, it is almost impossible to socially distance and remain safe. The health and safety of our audience, performers and staff are our top priorities."

The news release from the symphony said the first three concerts of the 2020-21 season -- 'Masterworks I: Mozart and Beethoven' on Oct. 17, 'A Very SoNA Christmas' on Dec. 12 and 'The Snowman: A Family Concert' on Dec. 13-- won't happen as originally planned.

Ed McClure, artist director at Arkansas Public Theatre, said the "Remixed Season 35" will offer eight shows in eight months, including seven nonmusicals starting with "Meteor Shower" on Jan. 14 plus the musical "The Best Little Whorehouse in Texas" next July and August.

At the Walton Arts Center, the 2020-21 season lineup, scheduled to start in September, had been finalized, but only shows in the P&G Broadway Series had been announced.

"My Fair Lady" has been rescheduled from September to July 28-Aug. 1, 2021; "An Officer and a Gentleman" is now set for March 30-April 4, 2021. The center is still working on rescheduling "Mean Girls," originally set for November, and "Charlie and the Chocolate Factory," originally on the December calendar.

The rest of the Broadway Series remains as scheduled, with "Fiddler on the Roof" in April, "Come From Away" in May and "Freestyle Love Supreme" in June.

The announcement doesn't mean the Walton Arts Center will be dark, however. Lane said programming will instead focus on smaller shows -- with appropriate safety measures -- along with more online content for teachers and students.

On the symphony side, the news release said orchestra management will use "the summer months to consider new and innovative ways to bring you the music you love, possibly through reimagined fall performances for smaller audiences with appropriate safety measures in place."

With the loss of almost a full year's revenue, the Walton Arts Center will be trying to make up a shortfall of close to $1 million, according to its news release. The center has created the Ghost Light Recovery Fund to encourage donations. The name refers to the theater tradition of leaving a single light -- a ghost light -- burning when a stage is dark to light the way for the next show.

Patrons will be contacted about rescheduling by the arts organizations.