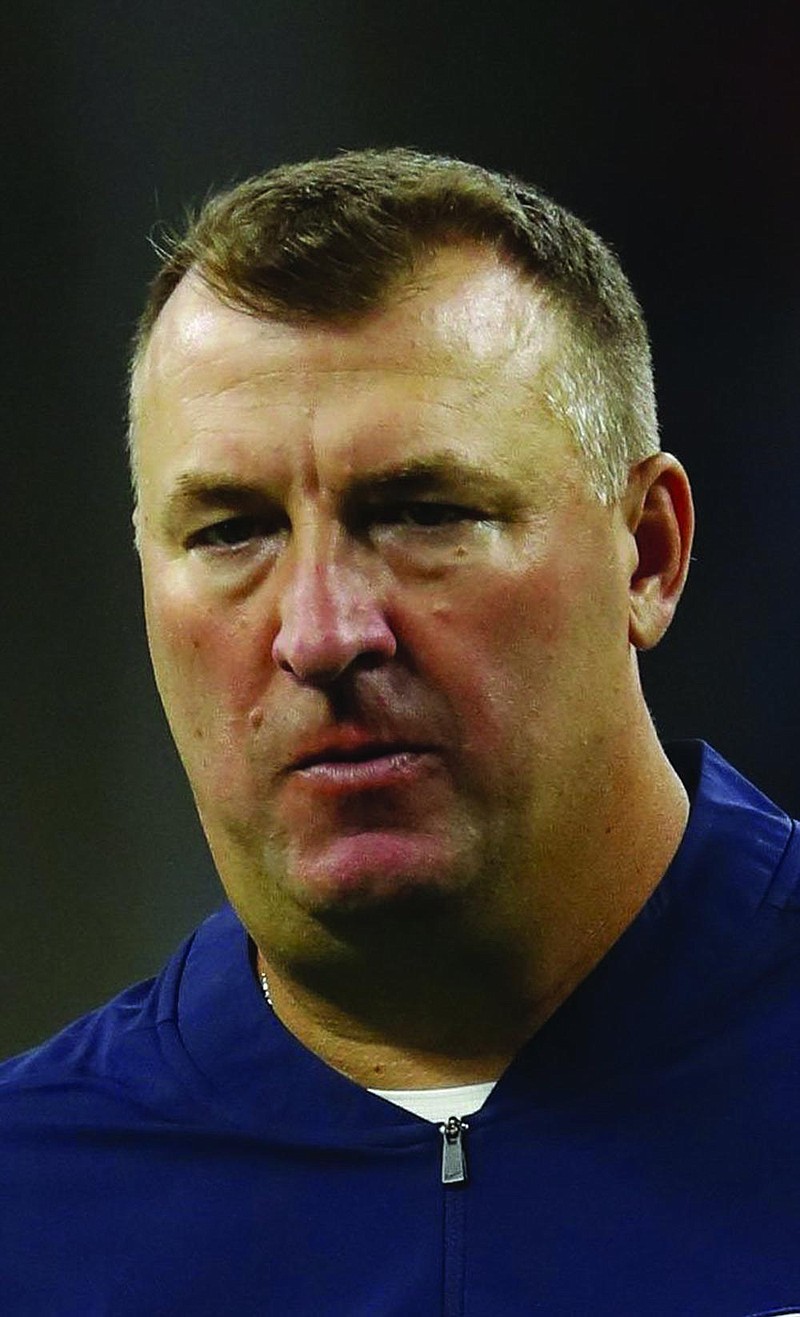 FAYETTEVILLE -- Attorneys for former University of Arkansas football coach Bret Bielema filed an amended lawsuit last week, disputing the Razorback Foundation's arguments that Bielema's civil suit against the foundation should be thrown out of federal court.

Wording in Bielema's 2018 negotiated buyout agreement with the foundation states: "Washington County, Arkansas, shall be the exclusive venue for any action arising under or relating to the Agreement."

The U.S. District Court of Western Arkansas has an office in Fayetteville, which is in Washington County. Bielema's attorneys claim that court is a proper venue for the lawsuit.

Attorney Thomas A. Mars, who is one of six attorneys representing Bielema, wrote in the amended lawsuit that Bielema intended to move to another state at the time he negotiated his final buyout and was "fully aware that the venue selection clause would, therefore, allow him to litigate any disputes in either state or federal court. This choice of venue was material to Coach Bielema, and he relied on it in entering into the Final Buyout Agreement."

Previous agreements between Bielema and the foundation stated Washington County Circuit Court would settle disputes that arose during the buyout period.

According to the settlement agreed to in January 2018, Bielema was to be paid up to $11.935 million in severance, subject to offsetting mitigation, through December.

Claiming breach of contract, the Razorback Foundation ceased payments to Bielema in January 2019 and demanded he repay more than $4 million he'd already been paid.

In its motion to dismiss, the Razorback Foundation claims its independence from the UA and that it is not a state agency. But it also argues that if Bielema's characterization of it serving as an arm of the UA athletics department is true, the 11th Amendment of the U.S. Constitution would prohibit federal court from hearing the case.

"Accepting for the moment the truth of the Foundation's assertions...a money judgment in favor of Coach Bielema will not have any effect on the State of Arkansas' treasury, and the University is not the real party of interest in this case," Bielema's attorneys countered in the amended lawsuit.

In its motion to dismiss, the Razorback Foundation claims Bielema's agreement with the Patriots included a provision that prohibited him from accepting any other employment for the duration of his six-month contract with New England, and allowed the Patriots the unilateral ability to extend Bielema's role and employment bar for up to 12 additional months.

But in the amended suit, Bielema's attorneys say the Patriots "reaffirmed their agreement that Coach Bielema could end his contractual relationship with the Patriots at any time to accept a DI head coach position" prior to Bielema signing the agreement on July 15, 2018.

"For the Patriots, those contractual provisions are not intended to restrict coaches from leaving to take head coach positions in college football," the amended suit states, while citing former New England coordinators Charlie Weis and Bill O'Brien left the team for college head coaching positions.

The foundation stopped making payments to Bielema on Jan. 31, 2019, three days before the Patriots defeated the Los Angeles Rams 13-3 in the Super Bowl. In its letter to Bielema, the foundation said Bielema "made no efforts, diligent or otherwise, to obtain replacement employment of the same or similar character."

As the Razorbacks' head coach, Bielema had an annual salary of $3.45 million in his final season.

Bielema's attorneys say that shortly after he was fired by Arkansas, Bielema personally inquired about openings at Arizona State and Nebraska, and his agent, Neil Cornrich, contacted a search firm assisting Arizona's coaching search.

The lawsuit states neither Bielema nor his agent were contacted by any schools during the offseason that followed the 2018 season, but that he was involved in searches in the past year at Rutgers, Colorado, Michigan State, Baylor, South Florida, Boston College and Florida Atlantic. Bielema interviewed with athletics directors at Rutgers and Colorado, according to the amended lawsuit.