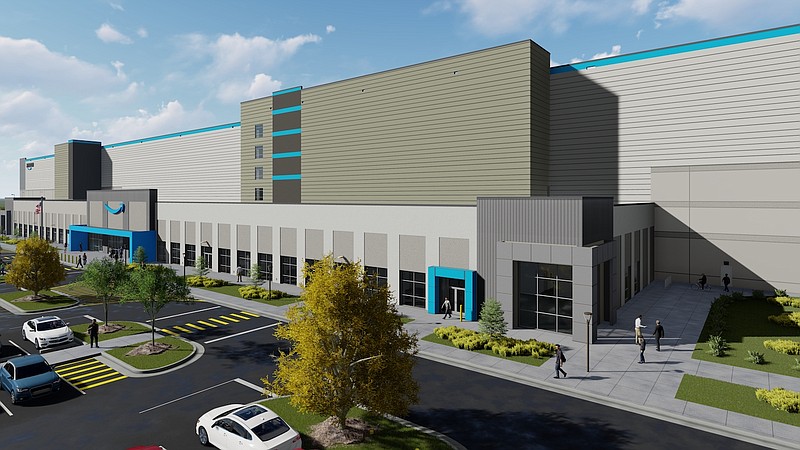 A rendering of Amazon's first fulfillment center in Arkansas. Courtesy of Amazon

Amazon.com confirmed Tuesday that the 826,000-foot facility under construction on a 80-acre site at the Port of Little Rock will be its first fulfillment center in Arkansas and employ 1,000 people when it opens next year.

The technology and online retail giant also confirmed it will open an 85,000-square-foot delivery station in a warehouse off Interstate 30 in Little Rock. Delivery stations serve the so-called "last-mile" of delivery items people purchase on Amazon.com.

“We’re delighted to be building out our network of operations in Little Rock, Arkansas,” Alicia Boler Davis, Amazon’s vice president of global customer fulfillment, said in a prepared statement. “We greatly appreciate the strong support from local and state leaders as we look to open our first fulfillment center and second delivery station in the state of Arkansas."

Davis' comments are the first since construction began on the port site, which an Amazon entity purchased for $3.2 million. The building will be five stories tall. The company is spending nearly $8 million to remodel the I-30 warehouse to suit its needs.

The company opened its first Arkansas facility in 2018 in North Little Rock. The tent-like structure is designed to distribute “last-mile” deliveries using Amazon vans owned by contractors to deliver packages for the online retailer.