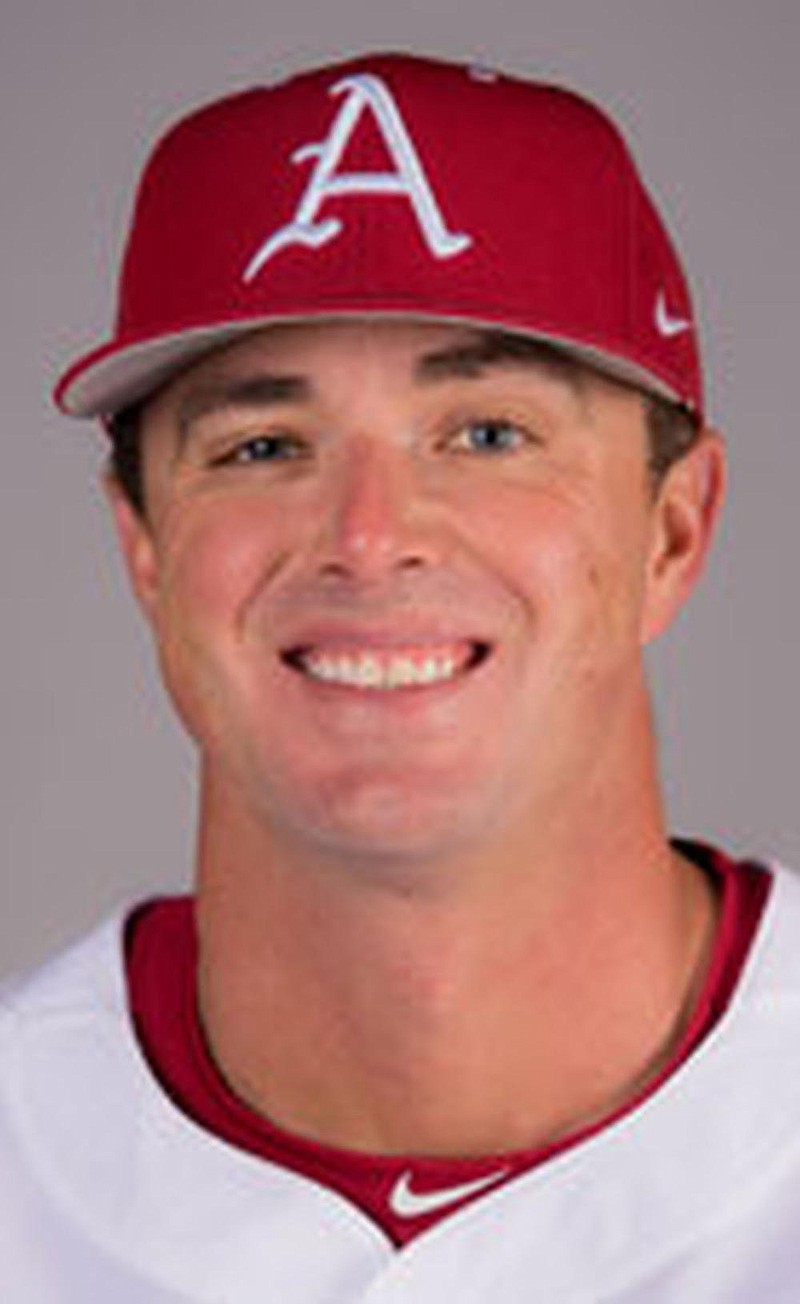 FAYETTEVILLE -- This is normally the time of year college baseball players are traveling the country for extra reps for a collegiate summer team.

The coronavirus pandemic altered those plans this summer for many Razorbacks.

"It's been a mess," University of Arkansas assistant baseball coach Nate Thompson said. "You think you've got something set up, and then you realize you don't really have anything. So you just move the pieces around, and you just keep them moving."

Arkansas had 25 players on the 2020 roster who were originally scheduled to play summer baseball, ranging from locations in the cape of Massachusetts to Alaska. Of those 25 players, only six kept their original summer plans.

Five of the 19 players remaining, all of them pitchers, decided to not play at all this summer. That left 14 players from the 2020 roster who changed their summer baseball plans. 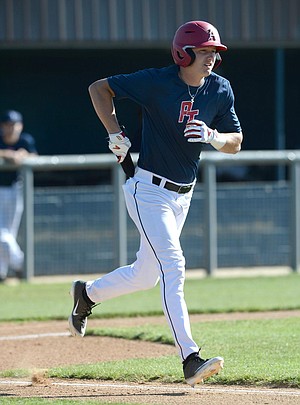 Photo by Andy Shupe
Arkansas Razorbacks infielder Jacob Nesbit was scheduled to participate in the Cape Cod League, but instead played in the Perfect Timing Collegiate League in Springdale. There are four Razorbacks playing on Perfect Timing rosters currently, down from 12 earlier in the summer. (NWA Democrat-Gazette/Andy Shupe)

"We kind of knew this was going to happen, so it's kind of hard to put guys where they needed to be because you just weren't sure where it was all going to land. And for the most part, we feel like it's pretty much taken care of now. One way or another, they're getting reps."

Arkansas Coach Dave Van Horn said it has been challenging to find summer spots for his players, but he wants hitters to get at-bats.

"It's been very difficult because we really would like the young hitters to go hit," Van Horn said. "The young pitchers, we really try to keep an eye on those arms, really limit them. It's nice to have some of our returners, especially the offensive guys, out swinging the bats a little bit."

One player who had to adjust was infielder Jacob Nesbit, who originally planned to play for the Hyannis Harbor Hawks of the Cape Cod League. Instead, he found himself in a league 15 minutes north of Baum-Walker Stadium.

"It's been good to get back out there," said Nesbit, who is participating in the Perfect Timing Collegiate League in Springdale. "We have a bunch of Razorbacks in the league with me, playing against and with [me]. It feels right to be on a field with those guys."

There are currently four Razorbacks on a Perfect Timing roster, but earlier this summer there were 12 Arkansas players in the league.

"This league around here has been a really positive thing," Thompson said. "It's been a good league, and something that has benefited [the players] so far."

Other Razorbacks such as infielder/designated hitter Matt Goodheart have ventured away from the Natural State. He originally planned to play for the Orleans Firebirds in the Cape Cod League, but began the summer in Springdale.

After about a month in the Perfect Timing league, he moved to Martinsville, Va., to play in the Coastal Plain League. In his first at-bat with the Martinsville Mustangs, Goodheart launched a ball over the fence.

Joining Goodheart in Martinsville are four other Razorbacks: Brady Slavens, Kevin Kopps, Corey Spain and Kevin Heinrich. Goodheart and Slavens both started in the Mustangs' 6-5 loss to the High Point-Thomasville HiToms on Wednesday. Goodheart went 2 for 4 with 2 doubles and scored the game-tying run in the bottom of the ninth inning after Slavens singled.

On the mound, Kopps threw 2 innings and gave up 3 hits, 2 runs and struck out 4. Spain, a left-handed freshman pitcher who has yet to play for the Razorbacks, pitched two scoreless innings and recorded a strikeout.

Outfielder Christian Franklin has been joined by pitchers Blake Adams, Peyton Pallette and Elijah Trest in California. All four are playing for the Santa Barbara Foresters in the California Collegiate League. Despite the CCL announcing that there would not be a 2020 season, the Foresters have put together a schedule independent of the league.

The team will play a 30-game schedule, all at home, with no fans in attendance.

In the team's first game, Franklin hit a home run and Pallette pitched. No pitching stats were made available.

When the Razorbacks return to campus, Van Horn's plan is to play as many scrimmages as the roster can manage.

"We'll try to make up for some lost time by getting as many live at-bats in fall baseball as we can," Van Horn said. "I see it right now with the pitchers that we have, they should be able to scrimmage a lot. Like, almost every day that we practice.