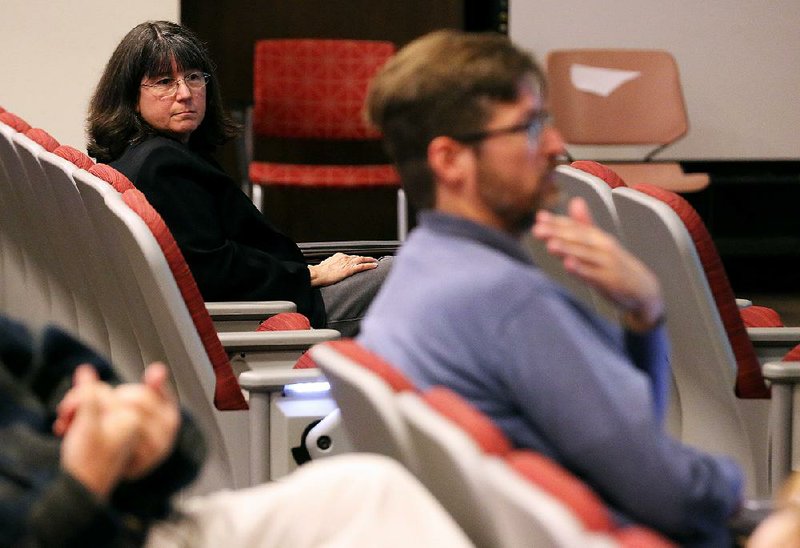 The University of Arkansas at Little Rock is seeking permission to lay off tenured faculty members.

The university will seek "retrenchment status," which would allow it to reduce its faculty once leaders decide which academic programs to cut, Chancellor Christina Drale told University of Arkansas System trustees on Thursday.

Drale has noted previously that the university was evaluating its academic programs as a part of a larger reduction of costs and operations, but she submitted a letter of intent to trustees Thursday to ask them for retrenchment status as a part of that.

Trustees must approve academic planning retrenchment for the university to lay off members of the academic staff, including tenured faculty members.

"We realize that it's not going to be enough to simply eliminate the programs if we aren't downsizing our workforce," Drale told trustees.

Once university leaders conclude campus meetings, leadership meetings and vetting programs through established procedures, Drale will return to trustees -- as early as their March meeting in Morrilton -- and ask for official approval of retrenchment status.

A decade of declining enrollment has forced UALR officials to look for ways to trim the university's budget. This year the university will come up more than $10 million short of what it actually budgeted, after years of falling enrollment and basing budgets on enrollment projections that were too optimistic.

"Chancellor, I want to assure you that you have the full attention of this board," board Chairman John Goodson said.

Goodson said the board also has confidence that Drale is the correct person to lead UALR back into better financial position.

"We want you to know that if we need to call a special board meeting at any time and deal with any issue that you have, we are only one phone call away," Goodson said.

The university must make cuts around its established policies, including its academic programs plan.

Amanda Nolen, president of the faculty senate, said she expects members to play a "central role in reviewing and making recommendations on any proposed academic program deletions or modifications."

University of Arkansas Board Policy 405.5 indicates that heads of academic units make proposals for academic cuts, which must be approved by certain administrators and certain governing bodies. Board Policy 620.1 states that potentially affected faculty members and academic administrators must review proposals for deleting, suspending or other significant modifications of a program.

"I think it is important that we do not make decisions of convenience by closing vulnerable programs without considering the long-term effects those actions will have on our ability to fulfill our mission, to serve the needs of the community of Central Arkansas, and to position this university for future growth," Nolen wrote in an email to the Arkansas Democrat-Gazette.

The university's Institutional Effectiveness Committee, formed in mid-2018, has evaluated each of the university's academic programs and scored them for value, vision and efficiency. The committee often found value and potential in programs but occasionally identified programs that appear to be overlapping. Rarely, the committee recommended suspending a program.

Stagnant state funding across the United States has left public higher-education institutions more dependent on tuition and fees over the years as operating costs continue to rise. New performance-based funding in Arkansas allows for modest bumps and dips in state funding year to year.

Dropping enrollment, largely treated as temporary by previous leaders, over the past decade has hit UALR hard. With more than 13,000 students in 2010, UALR counted about 9,600 enrolled in the fall of 2019, about 1,100 of whom are high school students paying lower tuition.

After Andrew Rogerson resigned as chancellor in August, Drale took over and has vocalized her plans to "right-size" the school.

Additionally, new administrators -- some of whom were hired by Rogerson -- oversee student affairs and budgeting processes and have altered longtime, recently criticized practices.

In December, the student affairs division released a 56-page recruitment and retention plan. The Institutional Effectiveness Committee has recommended, during ongoing study, the consolidation of colleges, the closure of buildings and replacement of some adjunct faculty positions with graduate teaching assistantships.

Just for this current fiscal year, Drale has planned three rounds of budget cuts to make up for an expected revenue shortfall of about $5 million. The university already had budgeted in a shortfall of about $6 million to be covered by reserves before realizing its enrollment projections for the year were far higher than what was realized.

But a system audit of the university in November has resulted in additional, unexpected budget changes adding to the deficit.

"All of these adjustments are the result of the internal audit recommendation to correctly assign budget amounts for multiple-year grants to the appropriate fiscal year," Drale wrote Jan. 8 in a letter to UA System President Donald Bobbitt.

On Thursday, trustees approved, without debate, formal corrections to 11 items in UALR's budget that will result in increases in some line items and decreases in others.

Drale announced $1.8 million in cuts on December and may announce the second round as early as Monday. Trustees approved one of those cuts Thursday -- the only one that required board approval.

UALR will close its Benton Center in June after spring courses conclude.

Fewer students are taking courses at the Benton Center than when the university began offering courses there decades ago. Many students are converting to online-only or simply taking more online courses than previous students had.

After expenses, building depreciation, lost fees from Benton not charging for online courses and a loss in assessment for indirect costs and liabilities, the university experienced a deficit of $24,682.24 from the Benton Center in the fall.

After June, the university will sell the building, Drale said.

It's unclear how much the university could make by selling the property. Real estate records show the university system acquired the land in November 2013 for no money. That was from the Benton School District through a special warranty deed executed by First Security Bank. The land has no appraised value listed because government entities don't pay property taxes. 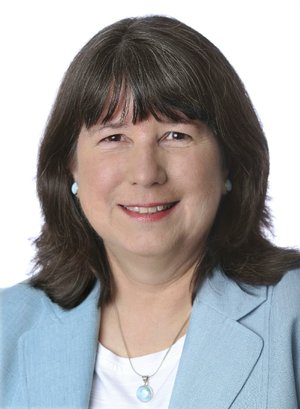