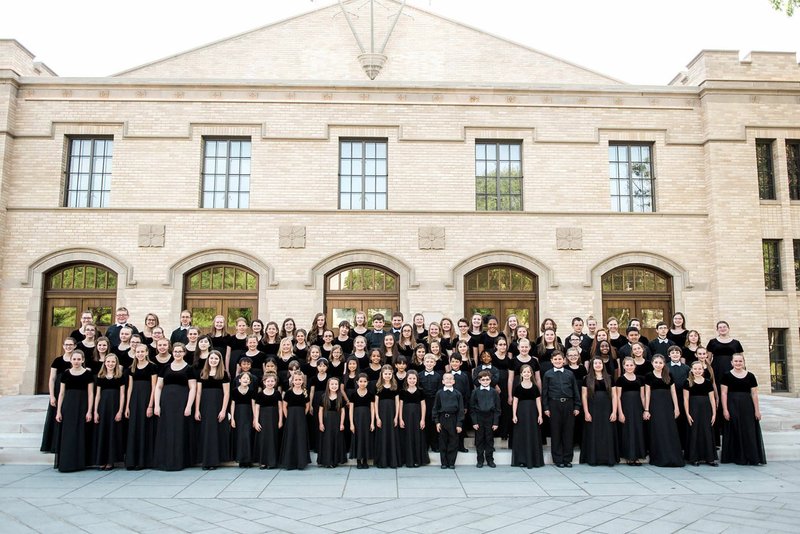 The University of Arkansas Children's Choir is made up of more than 100 students in grades kindergarten through 12 from all over Northwest Arkansas. (Courtesy Photo / Rachel Cornett)

"If you come to the choir room on a Tuesday night, you will see what I love most about working with this group -- the energy that fills the room with these young kids who all love to sing, love to make music together and just beam with happiness as they learn song after song!"

Rachel Cornett is in her fifth year as director of the University of Arkansas Children's Choir, made up of more than 100 students in grades kindergarten through 12 from all over Northwest Arkansas. In the two decades since its inception in 1997, she says, it has "grown to be one of the most distinguished youth choral programs in the region."

"The other aspect that is so special about this program is the unique opportunities that are presented to us each year," she continues. "Any time someone needs a children's choir, or group of talented children singers, they call me and ask if we have any kids interested in ... singing in an opera -- we did the 'Hansel and Gretel' opera with the UA opera program this year; being a featured soloist in 'The Snowman' at the Walton Arts Center; performing folk music with Middle Eastern singer Farah Siraj in the stunning Faulkner Performing Arts Center; auditioning for a musical with TheaterSquared; singing backup for a Jim Brickman Christmas concert; performing the anthem for a sell-out crowd at a Bud Walton Razorback basketball game; and on and on. So many fun opportunities that these amazing kids get to be a part of! And they let me tag along." 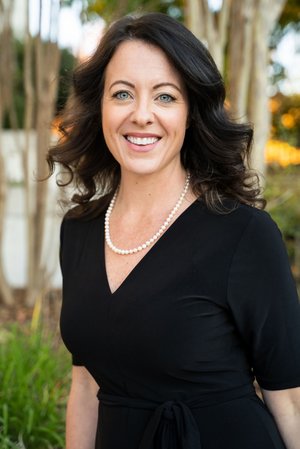 Rachel Cornett is in her fifth year as director of the University of Arkansas Children's Choir, made up of more than 100 students in grades kindergarten through 12 from all over Northwest Arkansas.

On Feb. 1, the UA Children's Choir will be among the guest artists performing with the Symphony of Northwest Arkansas.

"If you find someone who does not know this music by its title, just play them the start of the opening movement and they will soon nod in recognition," Cornett says of Carl Orff"s iconic "Carmina Burana."Its rhythmic intensity and dynamic harmonies in the first few measures have been used in countless movies, commercials and even performed on 'The X Factor.'"

Cornett's young singers will be singing the parts in the score "that are marked to be sung by 'ragazzi,' which translates to mean youth or young boys but in our case means treble clef singers," she explains. "There are two movements (15 and 22) that include choral parts for the ragazzi, but I asked Paul Haas, SONA director, if the children's chorus could join on the opening and closing movements -- because those are the most fun parts to sing, and I wanted our singers to get to experience that!"

Even though the Children's Choir members are young, they are not novices.

"Singers in both choirs learn performance skills, sight singing, ear training and music theory," Cornett explains. And "the older choir goes on a singing tour each year, performing concerts in venues across the country and world. Past tours have included destinations such as New York City's Carnegie Hall; the Disney World Concert Series; Chicago's St. Patrick's Church; Dublin, Ireland's St. Patrick's Cathedral; and the group's 2020 tour this year will be to Austria, performing in historic venues including the Salzburg Dom Cathedral -- where Mozart was christened as a baby -- and doing the 'Sound of Music' tour in Vienna."

If performing is the prize for the youngsters, Cornett promises audiences too will profit from the experience.

"The reward for the listeners is how you hear those first few moments and think 'how can the next hour of music top that opening movement?' and then each movement after that is so unique and interesting," she says. "You will just love the entire experience from beginning to end. It's an exciting range of dynamic emotions throughout the entire ride!"

The evening also includes Paul Haas' original work "Angelique," which was inspired by real life survivor Angelique Mott, 17, who was abandoned on a Lake Superior island in 1845 during a deadly winter. Her story of survival was made into a 2010 book and an award-winning film, "Angelique's Isle," released in 2018.

BONUS — Prior to the performance, ticketholders are invited to a pre-concert Creative Conversation with Maestro Paul Haas and guest artists at 6:30 p.m. in Baum Walker Hall.