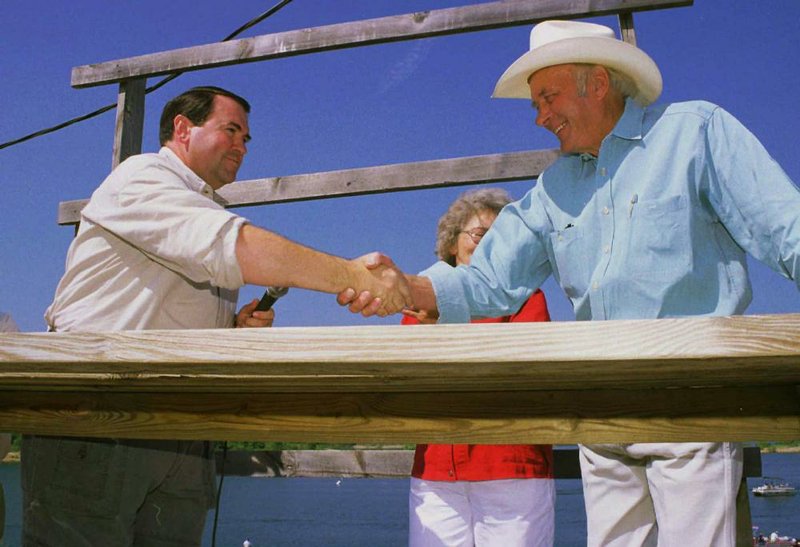 Forrest L. Wood of Flippin, an eponymous figure in fishing, boating and conservation, died Friday in Flippin after a brief illness. He was 86.

Wood founded Ranger Boats in 1968 and built the company into one of the top brands in the boating industry before selling the company in 1987.

In 1998, former Gov. Mike Huckabee appointed Wood to a seven-year term on the Arkansas Game and Fish Commission. He was instrumental in establishing the Arkansas Youth Shooting Sports Program, but his signature achievement was working with Congress to establish minimum flow on the White River to protect the river's world-famous trout fishery.

In 2005, the commission honored Wood's efforts by naming a public boating access on the White River for Wood and his wife, Nina. At that time, Huckabee said, "Forrest is one of America's true fishing legends. ... Forrest has been a true champion of taking care of and enjoying the great natural resources Arkansas offers."

In a statement Saturday, Gov. Asa Hutchinson said, "it was my honor to know Forrest Wood, and his passing is a deeply sad moment for our entire state. Forrest embodied the best of Arkansas. He was an entrepreneur who brought thousands of jobs to Northern Arkansas with his founding of Ranger Boats. His business accomplishments have been recognized in the Arkansas Business Hall of Fame, and his contributions to the world of fishing and recreation have made Arkansas a destination point for fishermen from all over the world. He loved Arkansas, and Arkansas loved Forrest Wood."

"As a young entrepreneur, Forrest Wood didn't just perfect the modern bass boat," Clinton said. "He created an international community for outdoor enthusiasts who share a common passion. And as a result, Arkansas has become the epicenter of the sport and the envy of fishermen and women from around the world. He was ambitious and determined and Arkansas is a better place because he fully invested his time and his talents right here."

Born in Flippin on June 9, 1932, Wood was a jack-of-all-trades. He was a carpenter and homebuilder. He worked in a Kansas City, Mo., factory that made jet fighters, and he worked on the construction of Bull Shoals Dam. The dam created Bull Shoals Lake on the upstream side and gave rise to a world-renowned trout fishery on the downstream side. Both became pillars in Wood's life.

In the 1950s and 1960s, Wood was a trout fishing guide on the White River. One of his clients was the late Jerry McKinnis, who later created an outdoors media empire. McKinnis said Wood was considering starting a business making telephone booths from fiberglass. McKinnis said he convinced Wood that his future was in making fiberglass fishing boats.

"I've heard Jerry say that," Wood said. "I don't recollect it that way, but I reckon his memory is better than mine."

Self-deprecating humor was a Wood trademark. Brett Morgan of Little Rock served on the Arkansas Game and Fish Commission with Wood from 2003 until Wood's term ended in 2005.

"I never heard Forrest say a bad word about anybody," Morgan said. "If somebody's name came up that he didn't like, all he would ever say was, 'I've never done any business with that feller.'"

Wood often joked about his advanced age, claiming that he made a new friend every time he looked in the mirror. Morgan said it was a mistake to fall for the ruse. He recalled hunting turkeys in the fall with Wood on Wood's property in Marion County.

"We must have gone through 20 gates and I don't know how many miles," Morgan said. "I finally asked him, 'Mr. Forrest, how many acres do you have here?'"

Morgan said Wood scratched his head and said he didn't know. He'd have to ask Nina.

"Shoot, man. I guarantee he knew to the inch how much ground he had," Morgan said.

When Morgan was appointed to the commission, Wood was in a hospital recovering from a farming accident that caused broken ribs and a collapsed lung.

"He thought enough to call me from his hospital bed and welcome me to the commission," Morgan said.

Wood's next commission meeting after the accident was Morgan's first meeting as a commissioner. Morgan said Wood summoned him for a one-on-one meeting to brief him on White River minimum flow, which was still in the negotiation stages.

"He said if there's anything we have to get done, it's minimum flow," Morgan said. "In a one-hour conversation, he told me everything that had be done to get minimum flow implemented."

In 2009, Congress included the minimum flow policy in an omnibus budget bill, and it finally went into effect in August 2013. Minimum flow guaranteed a stable supply of moving water in the Bull Shoals tailwater, which lowered water temperature and increased the supply of dissolved oxygen, both of which are necessary for trout survival.

Wood was most famous for founding Ranger Boats in 1968. Ray Scott of Montgomery, Ala., held the first modern bass tournament on Beaver Lake in June 1967. In tandem, Wood and Scott grew bass boats and bass fishing meteorically.

Ranger was the official boat of Bass Angler Sportsman Society (BASS) from 1972-2000. At Scott's insistence, Wood molded integral live-wells into his boats, allowing anglers to keep their fish alive and release them after tournament weigh-ins. This spawned the catch-and-release ethic that defines modern sport fishing.

In 1971, a fire started in the Ranger factory while Wood ate supper with Roland Martin, a famous bass angler. Wood and Martin crawled into the factory office through a window and rescued a notebook containing 60 boat orders. In 1992, Martin recalled the scene as an inferno in which barrels of acetone ignited around them. With his book of orders, Wood secured a $60,000 loan and resumed production in only 40 days.

Sheffield Nelson of Little Rock also served on the commission with Wood from 2000-05. He said the fire demonstrated Wood's toughness, but also his compassion.

"While he was rebuilding, Forrest made it possible to keep his people paid and take care of their families," Nelson said. "I don't know how he did it, but that was almost unheard of."

In 1996, the late Irwin Jacobs bought Operation Bass, a BASS rival based in Paducah, Ky. Jacobs invited Wood to be not just the face of the operation, but its namesake. Jacobs named the organization FLW, Wood's initials. FLW quickly went from being a weekend tournament circuit to the only organization ever to pay $1 million to the winner of its annual championship.

"Forrest was a self-made man whose vision, kindness, integrity, work ethic and pioneering spirit defined our company, and in many ways, the entire sport," Fennel said. "As FLW's namesake, he was the embodiment of all that we strive to be -- a beacon of hope for hardworking men and women who share a passion for fishing."

Wood was known for his ever-present Stetson hat and Lucchese cowboy boots.

"He loved Harley-Davidson motorcycles, too. Not many people know that," Morgan said.

Fennel said Jacobs presented a new Harley to Wood at an FLW dinner.

Wood was also a formidable bass angler, especially in the early days of BASS. He qualified for the Bassmaster Classic in 1972 and 1979. He finished in the money 26 times out of 101 entries in BASS events, including one victory. He had seven top-20 finishes and 22 top-50 finishes.

His career winnings were $29,765. In 2005, he said he would have been among the greats in the sport had he given it his full attention.

"I was kind of preoccupied with other things," Wood said. 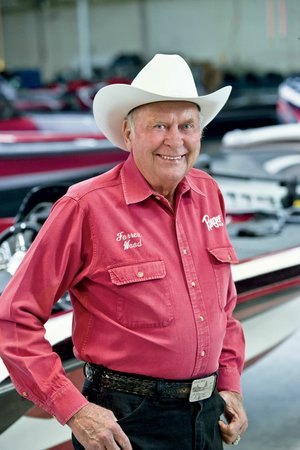 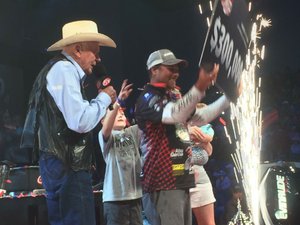