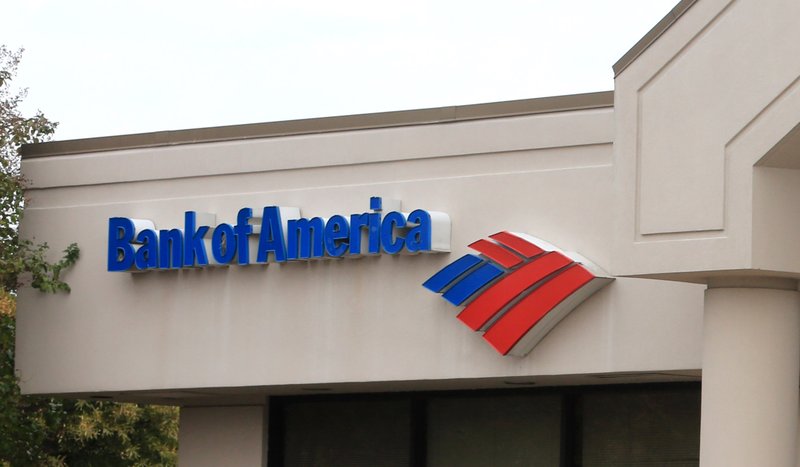 A Bank of America branch in North Little Rock is shown in this file photo.

Two men from New York City are being held on a federal criminal complaint after one of them was photographed inside six Bank of America branches in Little Rock last week using fake identification cards to withdraw thousands of dollars from customer accounts.

A complaint filed Wednesday in federal court identifies Patrick E. Cooper, 56, and Jodaine Kamawu James, 24, as the men arrested Jan. 15 during a traffic stop by Little Rock police as they turned onto Cantrell Road from the Westbury neighborhood in a black Nissan Rogue. Police stopped the vehicle after the manager of the nearby bank branch at 14519 Cantrell Road called to report that a man she recognized from internal bank emails had just left the bank.

The internal emails warned Bank of America branches throughout the area that a man later identified as Cooper had been to several branches impersonating account holders. The emails described the clothing worn by the suspect and the story he told to persuade two branches to let him withdraw money even though he didn't have a bank card.

That story, according to an affidavit written by a U.S. Secret Service agent, was that his wife had their bank card but he needed to withdraw some money. He provided an identification card with someone else's name but his photograph, and then provided an authorization code that the teller sent to the customer's phone number.

After the bank manager reported that the man had left on foot, the suspect's description was broadcast and Little Rock police officers began circulating in the area, according to the affidavit. It said officers noticed the Nissan leaving the neighborhood to turn east onto Cantrell, and also noticed that the driver, later identified as James, wasn't wearing a seat belt, giving the officers a reason to stop the car.

As Cooper emerged from the passenger side, a brown baseball cap like that described by bank employees was seen lying on the passenger floorboard partially stuffed under the seat, according to Special Agent Sean Sammons' report.

It said James showed the officers a contract indicating he had rented the car in Oklahoma City, and told officers he and Cooper were on their way back to Oklahoma after attending a basketball game in Memphis. But after bank staff identified Cooper as the man who had tried to withdraw money from an account, both men were arrested and the car was impounded.

Cooper refused to talk but James told authorities that he knew Cooper through a mutual friend named "John" in New York City, where they both lived as well. James said he and Cooper both work for "John" by going to different states with fake identification cards to withdraw money electronically from accounts. James, who told officers he was "only the driver," said they'd been to several Bank of America branches that day but couldn't get money from all of them.

He said he and Cooper deposit whatever money they get into a specific account and then "John" deposits money to pay them $500 and cover their out-of-pocket expenses, the affidavit said.

It noted that according to James, "John" always texts or calls them from an unknown number to tell them "when and what bank they were to hit next."

During a search of the Nissan, which had a Texas license plate, police found $13,201.56 in cash, four Social Security cards with four matching state driver's licenses, all bearing a picture of Cooper; and a Connecticut driver's license with James' picture but someone else's name, along with a Bank of America debit card in the same name, and four cellphones.

The criminal complaint alleges that the men violated federal laws, including bank fraud. It asserts probable cause that is used to hold defendants in federal custody until a federal grand jury can review the case against them and decide whether to indict them.