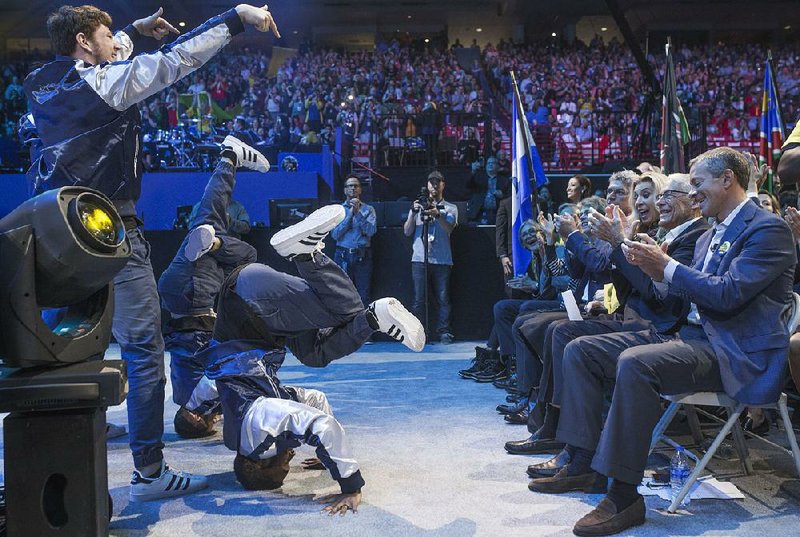 The Walton family is ranked fifth on the Forbes list of the top 25 billionaire philanthropists over the past five years.

Heirs to the fortune of Walmart Inc. founder Sam Walton, the family donated $2.3 billion between 2014 and 2018, the magazine's research showed. That's 1.3% of their combined net worth of about $181.4 billion, Forbes said.

The magazine used numbers from the Walton Family Foundation, the Bentonville nonprofit started by Sam and Helen Walton and now overseen by their children and grandchildren. In the five-year period, the foundation gave nearly $1 billion to children's education, mostly supporting charter schools, autonomous schools within public school districts, and new teaching and testing models.

Ahead of the Waltons on Forbes' list is Warren Buffet at No. 1, who gave $90 billion or 16.3% of his net worth. He is followed by Bill and Melinda Gates, George Soros and Michael Bloomberg. The philanthropists were ranked by total dollar amount donated.

The merger was approved by regulators and affirmed by a vote of Arkansas Democrat-Gazette Credit Union members on Dec. 10, Arkansas Federal said in a news release.

The credit union eventually grew to include all WEHCO Media newspaper, cable and digital services in Arkansas. It had more than 670 members and $2.8 million in assets.

Arkansas Federal, the state's largest credit union, has $1.2 billion in assets. Its 15 branches in the state serve more than 108,000 members.

The Arkansas Index, a price-weighted index that tracks the largest public companies based in the state, closed Wednesday at 464.66, down 1.49.

Seven of the index stocks advanced.

"Equities were unable to sustain gains from a rally early in the day as investors reduced risk on continued concerns over the coronavirus outbreak in China and with the energy and real estate sectors leading stocks lower," said Leon Lants, managing director at Stephens Inc. in Little Rock.

The index was developed by Bloomberg News and the Democrat-Gazette with a base value of 100 as of Dec. 30, 1997.