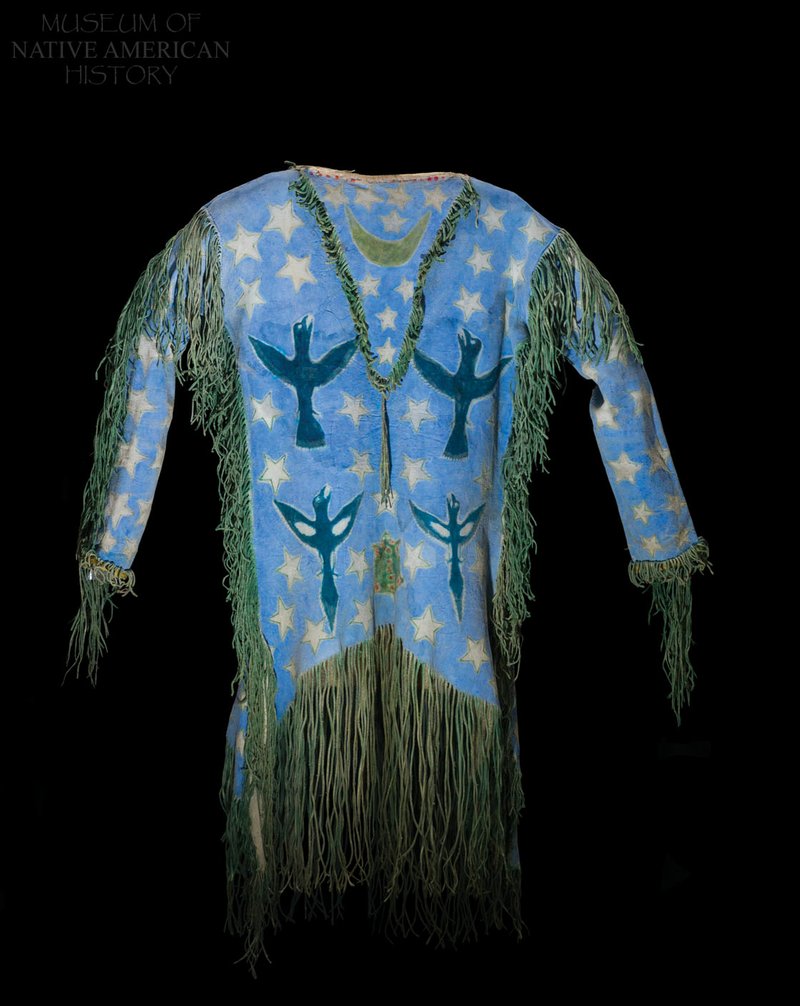 A ghost dancer shirt in the collection at the Museum of Native American History was acquired in Oklahoma and is likely Arapaho. It is made from soft leather and decorated with long fringe and painted designs. Stars are one of the most common motifs seen on these shirts, as they represent the heavens. The black birds signify open-beaked crows, while the ones with white on their wings are magpies. Among the Cheyenne and Arapaho, crows and magpies were depicted as messengers from the spirit world. (Courtesy Photo / MONAH)

"We are up against incredible national museums, and as of right now we're in first place," says Nicole Benedict, manager of the Museum of Native American History in Bentonville.

Benedict is talking about the USA Today 10Best Readers' Choice travel awards for 2020. MONAH was selected by an "expert panel" as a contender for Best History Museum, a category just launched. The contest gives voters four weeks to cast their ballots at https://www.10best.com/awards/travel/best-history-museum/. Each MONAH fan can vote once a day for the run of the contest, which ends Feb. 17.

Winners will be announced Feb. 28.

Also nominated in the Best History Museum category are:

• The Henry Ford in Dearborn, Mich.

• The Mob Museum in Las Vegas.

• The Museum of Anthropology at UBC in Vancouver.

• The Museum of History & Industry in Seattle.

• The National Museum of African American History and Culture in Washington, D.C.

• The National Museum of American History in Washington, D.C.

• The National Museum of the Marine Corps in Triangle, Va.

• The National Museum of Pacific War in Fredericksburg, Texas

• The National Museum of the U.S. Air Force in Dayton, Ohio.

• And the United States Holocaust Memorial Museum in Washington, D.C.