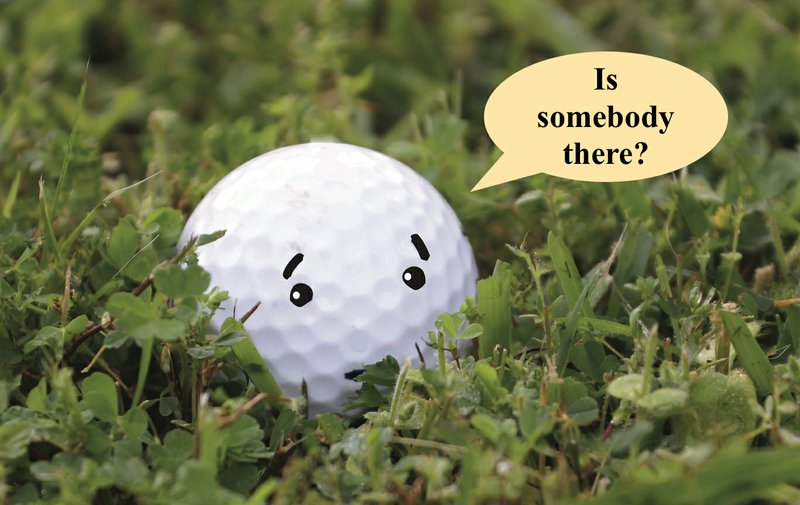 The verb "address" has been bothering me for years, but not until recently did I realize why. It's too vague and could mean too many things. I want specifics.

I'm not talking about writing an address on an envelope. (This is becoming rarer, but I still do it.)

And I don't mean an official speaking to an audience at some formal event.

From The Washington Post in 2010: "On her first trip to New York since 1976, Queen Elizabeth II addressed the U.N. General Assembly and visited Ground Zero."

I'm definitely not talking about a golfer addressing the ball. In the rules of golf, "a player has 'addressed the ball' when he has grounded his club immediately in front of or immediately behind the ball, whether or not he has taken his stance."

(I bring up this usage because I never fail to laugh at The Honeymooners episode in which Ralph is trying to learn to play golf. Ed reads him this rule, and they are both baffled. Finally, Ed says, "I think I know what it means." He takes the club, plants his feet and says, "Hellooooooo, ball." But I digress.)

Merriam-Webster dictionary offers two definitions for the context I mean. It's "to direct the efforts or attention" to a problem. Or "to deal with" one.

I found a few headlines and articles that use the verb.

Maryland's Health Department has received $3.6 million in federal funding to address opioid use among pregnant and new mothers.

Will the health department study the matter? Fix the problem? Reduce the numbers? Create programs? I'm picky, but I think I'd want more than just an effort if the department is going to spend $3.6 million.

If I applied for a grant this big and said, "I will address hunger," would I get it?

Two weeks after Gap Inc. ousted its CEO Art Peck, the company's interim leader promised investors it would address "operational issues" that have been dragging down the retailer.

Again, I want to hear what that means. Also, please stop using "issue" when you mean "problem," Mr. Peck.

Is the hospital simply going to talk about the problems? Will it reverse them? How about fixing them?

The Competition and Markets Authority said the two U.S. tech companies agreed to step up efforts to detect, investigate and respond to fake and misleading reviews after it ordered them last year to address the problem.

Now this sentence at least tries to identify what the authority would like the tech companies to do: detect, investigate and respond. That's specific action.

Maryland has been slower than most states to address its backlog. The number of untested kits has nearly doubled, from 3,700 to 7,000, since the state's first audit in 2017.

Instead of "address," how about solve, reduce, tackle?

Though [general manager Brandon] Beane doesn't expect the [Buffalo] Bills to be as busy as they were last offseason, when they signed 20 free agents, he does intend to address various needs that became apparent throughout this year. The Bills had difficulty generating turnovers and their defensive front was suspect at times despite allowing the third fewest yards in the NFL this season.

Now, I don't know how much Beane earns, but I doubt his salary is meager. Shouldn't he plan to improve the team and win?

Am I being too demanding?

When I hear "gifted" I think of the programs in school for smarter students who need more advanced lessons.

I don't want to hear gifted as a verb. Over the holiday season, you might have heard people say things such as, "I gifted him with socks because his feet are always cold."

No. You gave him a gift of socks. Gift is a noun. Unfortunately, it's also one of the many nouns that have been turned into verbs.

A reader asked about the common use of "based off" instead of "based on." Grammar Girl Mignon Fogarty, a word usage expert, wrote about the trend. She said "based on" is Standard English, but "based off" or "based off of" has been used more since the mid-1990s. It might be a regionalism, she said.

So, what is Standard English? I had never thought about it before. But I found an inspiring definition at Lexico.com.

"The main advantage of using standard English is that it helps you to get your message across clearly and effectively, and to the widest range of people. It's also more permanent than some other forms of language, such as slang, which often go out of fashion from one generation to the next."

Now, I believe I have figured out what my epitaph should be. Well, I'm torn between two.

1. She tried to uphold Standard English.

2. She died before finding any of those missing socks.