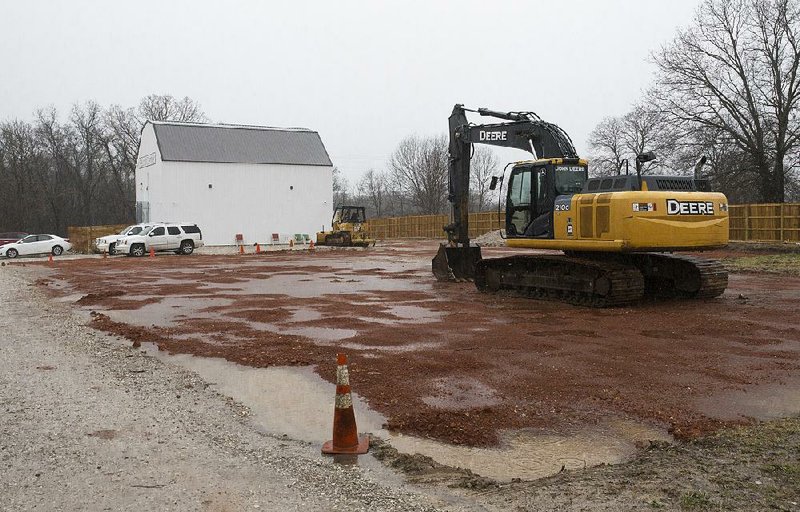 Land is cleared Thursday for a marijuana greenhouse to be built at the ReLeaf Center in Bentonville. More photos at nwaonline.com/200118Daily/ (NWA Democrat-Gazette/Charlie Kaijo)

BENTONVILLE -- Most medical marijuana dispensaries in Northwest Arkansas plan to do more than sell marijuana. The dispensaries are looking to become cultivators by adding sites where they'll grow marijuana.

Scott Hardin, spokesman for the Arkansas Department of Finance and Administration, said dispensaries are allowed to grow their own marijuana, but generally chose to start with only the dispensary portion so they could open as soon as possible.

• Be an Arkansas resident with proof of residency State law prohibits members of the Arkansas National Guard and U.S. military from obtaining a registry ID card.

Acanza in Fayetteville, The ReLeaf Center in Bentonville and The Source in Bentonville plan to grow the maximum amount of marijuana, which is 50 mature plants, allowed by the state, representatives for the businesses said. The businesses currently buy marijuana from three cultivation sites in the state. Dispensaries in Arkansas may only buy marijuana from cultivation sites in Arkansas, according to state law.

Each of the four dispensaries in Northwest Arkansas were approved to add grow locations when they applied for their licenses, Hardin said. However, none of them have received approval to begin growing because the state must first inspect the cultivation rooms.

Erik Danielson of The Source in Bentonville said Wednesday the business was in the process of meeting with architects and submitting site plans to the city for a cultivation site. The plan is to grow marijuana inside The Source's building on Razorback Drive, Danielson said.

Buddy Wayne of ReLeaf said the business will add a green house for cultivation directly behind its dispensary.

"We have all our ducks in a row to get a green house erected this winter," Wayne said. The plan is to start growing marijuana on site this spring, he said.

Likewise, Danielson said The Source will be able to better control the quality and price of its products.

Randi Hernandez of Acanza on North McConnell Avenue said the business is renovating part of its building to grow marijuana and plans to have it ready for final inspection by the end of this month.

"We hope to harvest by April," she said.

Growing marijuana on site will allow Acanza to offer more to its customers and give the business the option of selling marijuana to other dispensaries that don't grow their own, Hernandez said.

Purspirit Cannabis Co. on Martin Luther King Jr. Boulevard is the only one of the region's four dispensaries that doesn't plan to grow its own marijuana any time soon.

"As of now, we will not add cultivation. We just don't have the space," said Gates McKnight of Purspirit.

The state is working to create rules and regulations for dispensaries with grow locations so they can also process their own marijuana once it's harvested, Hardin said.

Dispensaries can process marijuana into edibles or concentrated oils for sale, for example. The Arkansas Medical Marijuana Commission has seen draft applications for processors and wants to tweak a few things before finalizing them, he said.

Acanza, The Source and ReLeaf all plan to apply to become processors, representatives for the businesses said.

About 35,000 people in Arkansas had medical marijuana cards as of Friday, according to the Arkansas Department of Health. 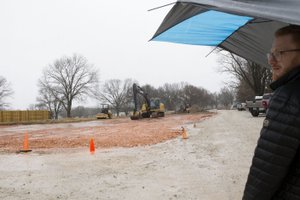 Kyle Campbell, assistant manager of the ReLeaf Center, walks Thursday up to land where a greenhouse will be built at the center in Bentonville. The center is one of three medical marijuana dispensaries in Northwest Arkansas planning to grow their own marijuana. They will build a greenhouse they hope to be operational this year. Go to nwaonline.com/200118Daily/ for today's photo gallery. (NWA Democrat-Gazette/Charlie Kaijo)