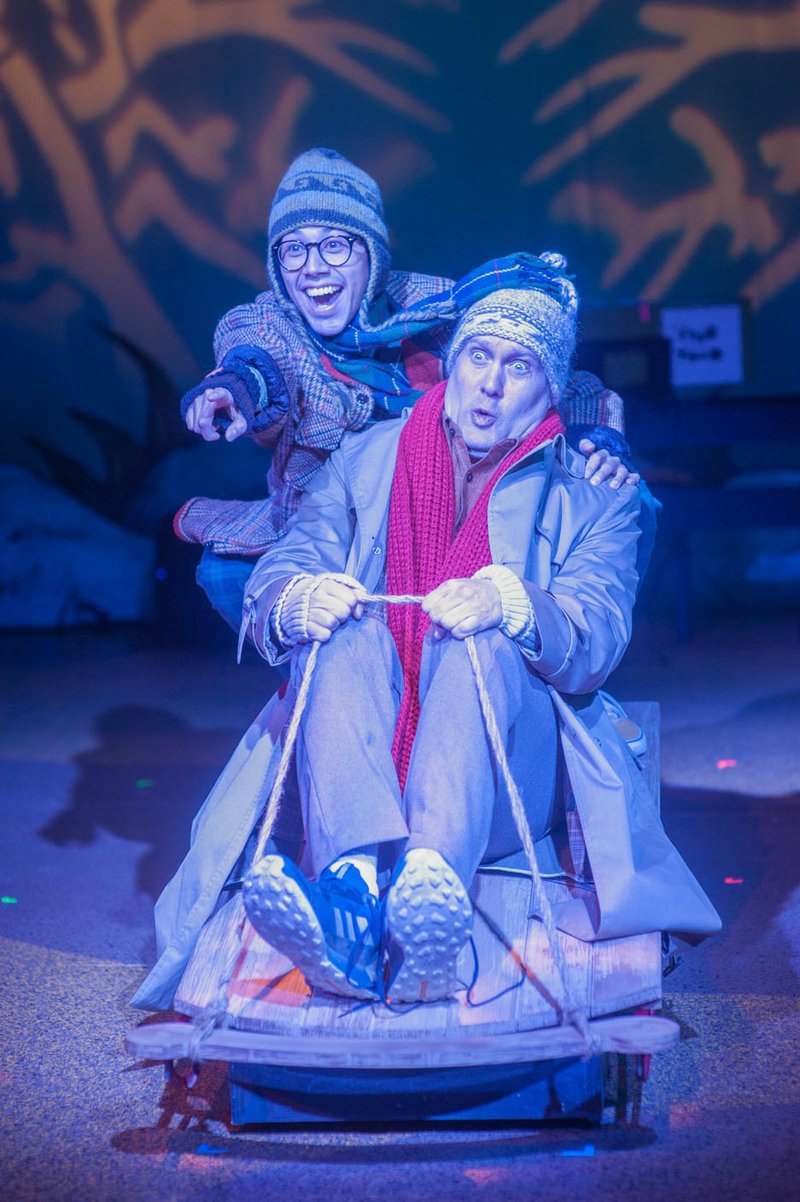 If you're of the opinion that we could all use a little more kindness in the world -- and, really, who among us doesn't feel that way these days -- then Trike Theatre's production of "A Year With Frog and Toad" is the show for you. Children will love the musical adaptation of Arnold Lobel's children's classics, sure, but as it turns out, this musical production carries important messages for us all.

"The show's biggest message is that one of the best things we can do is accept people, warts and all, and be kind," says Kassie Misiewicz, the show's director and Trike's founder and artistic director, of the simple but profound theme.

‘A Year With Frog and Toad’

"The thing I love about it is that Frog and Toad aren't necessarily the perfect fit for best friends," says music director Bernice Hembree. In Lobel's books -- as well as in the stage adaptation -- Frog is the more laid-back of the two friends, while Toad experiences some anxiety every now and then and has trouble letting loose and having fun. Yet these two diverse personalities manage to fit together perfectly.

"I think the message is that you don't have to be exactly the same to love your friends," Hembree continues. "You don't have to be on the same interest level, the same emotional levels. They're different, yet they have such a great friendship. I think that's a great message for kids to hear."

Brothers Robert and Willie Reale adapted Lobel's classic kids' books for the stage in 2000, and the show is Lobel family sanctioned. Lobel's daughter, Adrianne, commissioned the musical, which probably accounts for the faithful adaptation of Lobel's sweet tales.

El Paso actor Antonio Romero Jr. brings a sweet likability to the role of Frog. He says the books hold a special place in his heart.

"I remember these books well," Romero says. "These books were among the ones that were used to calm me down when I had anxiety in school." As a fan of the series, Romero says that the adaptation "definitely stays true to the friendship and sense of adventure in the books."

"Frog and Toad" will mark the first time Hembree has served as music director for a stage musical, though she has plenty of other credits to her name. She's half of the popular music duo Smokey and the Mirror and one of the founders of the Fayetteville Roots Fest. Northwest Arkansas fans may "only know me as a bassist, a producer or for my festival work, but I actually went to school for musical theater," she says. "I spoke with Kassie last year, and we were talking about our dreams for the future. I mentioned that I wanted to get involved in musical theater again, and she said she would keep that in mind." Six months later, Misiewicz called with an offer, and Hembree says she jumped at the chance, despite her busy schedule. She'll even get an opportunity to perform on stage when she takes over for actor Kylie Groom starting Feb. 3.

In addition to Groom and Hembree, the cast includes area favorites like Bryce Kemph, Elizabeth Jilka and Mollie Armour. Pianist Matt Nelson provides accompaniment for the lilting, jaunty music for the production.

"When I first read the score, I realized it was very orchestrated -- there are a lot of horns, a lot of strings, a lot of percussion, and we have one guy to play all of it," says Hembree. "Matt is phenomenal. He has done an outrageously good job of working in all the nuances of all of the other instruments that we heard while we were learning the score."

Bottom line: "A Year With Frog and Toad" offers you and your family an hour to sit, relax, decompress and think about what's really important in life.

"It's like a warm hug," says Misiewicz. "We're getting a peek into a warm relationship that never, ever changes."