The Jonesboro Republicans both warned about misleading information in their race before about 85 people attending a meeting of the NEA Political Animals Club at the Jonesboro Regional Chamber of Commerce.

"Misinformation would have you believe the outrageous claims like John Cooper is not conservative or even assaulting my Christian faith," Cooper said at the end of the meeting. "These outlandish claims are meant to mislead voters in an attempt to score political points and frankly are sad."

In the March 3 primary election, Sullivan is seeking to oust Cooper from the seat representing Senate District 21 that includes part of Craighead County. Cooper has held that Senate seat since a January 2014 special election. This primary race is a rematch of the November 2013 special primary runoff in which Cooper defeated Sullivan by 67 votes -- 1,486 to 1,419.

Sullivan has represented House District 53, which includes part of Craighead County, since 2015.

The winner of the Republican primary in Senate District 21 faces no opposition in the Nov. 3 general election for a two-year term, starting in January 2021. (The term is shorter than the normal four-year term because of redistricting that will take place after the census.)

Cooper said the six years in which he has served in the state Senate have been "marked by tremendous success in our state and in our region.

"We have lowered the tax burden on our citizens from both the individual and corporation perspective," he said. He added that the state's unemployment rate has hit a record low and that rate in Craighead County is tied for sixth-best in the state. And "our health care system is top-notch," he said.

"Our challenge going forward will be, how do we balance the need for essential services that government must provide against a desire that we all have for not paying one cent more in taxes than we must?" Cooper said.

Sullivan countered that the election in Senate District 21 is about trust.

"The people want to elect someone who will do what they say they will do and be who they say they will be and there is a clear difference between John and myself," he said. "I have kept my word. I am who I say I am and I've done what I promised what I would do. I have stood by the Republican platform.

"John has one answer to every problem and that's to raise your taxes," Sullivan said.

"Our strong economy as a state and a nation is predominantly due to the Trump economy," he said, referring to the Republican president, Donald Trump.

Sullivan said he has figures that show tax increases.

Sullivan said he and Cooper "agree that we need more dollars for our highways, [but] what we disagree on is how to go about it."

"The only thing that teachers have to worry about right now is my opponent's funding formula for highways because the single biggest thing in our state budget is education in general revenue," Cooper said.

But Sullivan said. "There have never been a time where we didn't fund education fully."

In the 2019 regular session, Cooper voted for and Sullivan voted against Act 416 on highway funding. The act imposed a wholesale sales tax on gasoline and diesel, increased registration fees on electric and hybrid vehicles and reallocated state revenue to raise what state officials project to be about $95 million a year for highways and about $13 million a year each for cities and counties for their roads.

Cooper also voted for -- and Sullivan voted against -- referring to voters a proposed constitutional amendment in this year's general election that would permanently extend the state's 0.5% sales tax for highways and roads. That was originally approved in November 2012 for a 10-year period. The proposal is projected to raise about $205 million a year for highways and about $44 million a year each for cities and counties for their roads.

Cooper said Friday the state's total Medicaid program has an annual budget of about $8.2 billion, and most of the money comes from the federal government.

"It would be a dramatic mistake to vote against that," Cooper said.

Sullivan said he has voted against this appropriation because "we have lost our desire of taking care of the most needy people ... and we are spending that money on able-bodied working-age adults with no children and that's wrong.

"And I will not support moving forward that until we are taking care of those people first," he said. "There are other states that didn't expand Medicaid, and none of them collapsed. I think my opponent says and others say, if we don't do this, the state will collapse. It is just not true."

Cooper said the state has spent about $244 million in state general revenue on the state's Medicaid expansion program over the past six years. He also said a consultant to the Legislature's health reform task force estimated that repealing the program would cost the state about $189 million a year, "so if you add all those six years up and we are talking about $1.2 billion that it would cost us if we did not have it, versus $244 million to have it."

The state's Medicaid expansion program provides health care coverage to about 240,000 low-income Arkansans. The state's share of the cost of the program is 10% under federal law.

Sullivan said Cooper was the deciding vote to kill the "stand-your-ground" bill in the Senate Judiciary Committee last year and was the only Republican senator to vote against the measure.

"While one can say it is not a Second Amendment bill, it certainly is," Sullivan said. "You can nullify your Second Amendment rights if you criminalize reasonable personal rights to defend yourself.

"Only special interests were opposed to [stand-your-ground legislation]," he said. "Sen. Cooper has the support of Moms Demand Action on this bill. They are one of the most liberal groups out there, supported by [Democratic presidential candidate and former New York City Mayor] Michael Bloomberg with the direct intent to create more gun-free zones."

"This is just a bad bill and this is something that would legalize murder," he said. "There is a loophole in this bill that would allow someone to target someone for murder and escape prosecution. 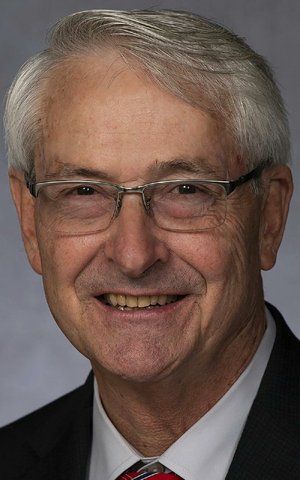 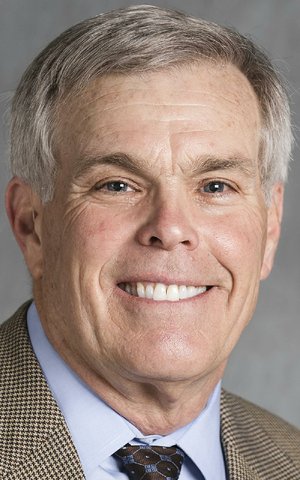