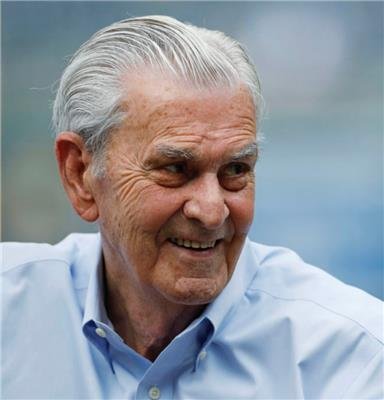 Glass is credited with establishing Walmart's first distribution center in Bentonville, the creation of the Sam's Club, the development of the company's iconic supercenters and he oversaw the company's first forays into the international marketplace with expansion into Mexico.

"When we lost my Dad, David provided a steady, visionary hand the company needed to lead it forward," Rob Walton, Sam Walton's oldest son and former chairman of Walmart's board of directors, said in a statement. "He did so with a deep sense of humility while maintaining the values and principles Dad founded the company on."

Glass retired from the CEO post at Walmart in 2000 but remained on the company's board of directors where he chaired the executive committee until 2006. He left the board in 2009. The company's David Glass Technology Center bears his name and is located in the vicinity of Walmart's new headquarters in Bentonville.

"Due to his authentic humility, we think David Glass may be the most under-appreciated CEO in the history of business," Doug McMillon, Walmart CEO, said in a release. "The choices he made and the results of the company reflect his wisdom, dedication and servant leadership. We will miss him immensely and are eternally grateful."

Glass was a lifelong baseball fan. In April 2000, Glass and his family bought the Kansas City Royals baseball team, and the same year he was elected to the board of directors of the Baseball Hall of Fame. He also sat on the Executive Council for Major League Baseball.

"Mr. Glass loved this game, this team and our city with all his heart. He cared deeply for our fans and for the future of baseball," Dayton Moore, senior vice president of baseball operations and general manager of the Royals, said in a statement. "But above all, Mr. Glass placed an emphasis on putting family first which is stressed to our entire organization."

The Royals won the World Series in 2015, the team's first in 30 years. The Royals beat the New York Mets for the franchise's second World Series championship. The Springdale-based Northwest Arkansas Naturals are the Double-A affiliate of the Royals.

In August, Glass and his family said they had plans to sell the team to an ownership group led by Kansas City entrepreneur John Sherman. The deal, valued at $1 billion, was finalized in November. 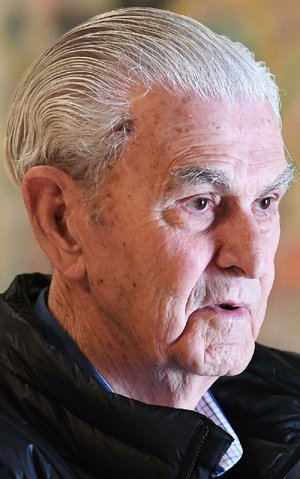