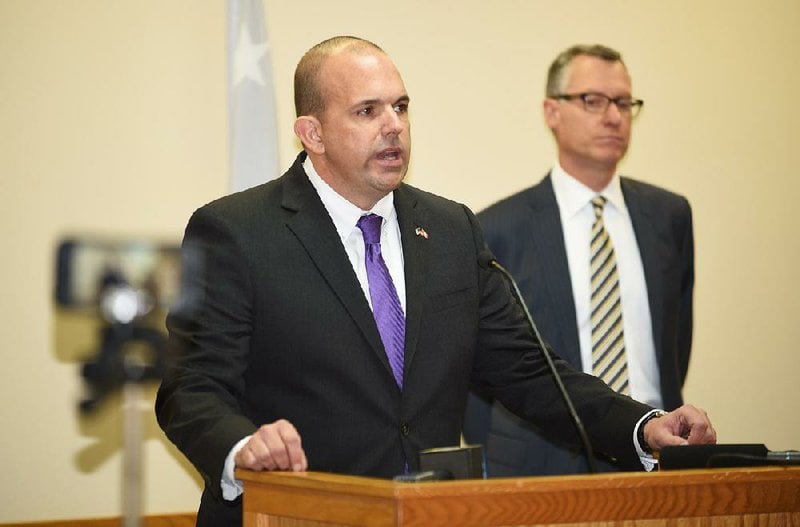 FILE — Duane “Dak” Kees, U.S. attorney for the Western District of Arkansas, is shown in this Oct. 9, 2019, file photo. - Photo by David Gottschalk

The resignation will take effect at midnight Friday. Kees didn't disclose which position he will take, but spokesman Worth Sparkman of Tyson Foods Inc. confirmed his new title Monday afternoon. Kees will become the Springdale-based company's chief counsel for global investigations and regulatory compliance. Kees filled a similar role for Walmart Inc. in the past.

Tyson, the nation's largest producer of chicken, beef and pork, resumed exports to China after the government there lifted a five-year ban on imported U.S. chicken in November.

"To date it was the greatest job I've ever had and -- other than my wife and kids and service in uniform -- the greatest honor of my life" to be U.S. attorney for the Western District of Arkansas, Kees said in a telephone interview Monday.

Kees spent more than eight years on active duty in the U.S. Army and was a judge advocate general corps officer. He served in Afghanistan and Iraq.

The Western District covers 34 of Arkansas' 75 counties and stretches from the Missouri border to the Louisiana state line. Assistant U.S. Attorney Clay Fowlkes will take over on an interim basis after he leaves, Kees said.

U.S. attorneys are appointed by the president. There are 93 such offices covering the United States and its territories. They are subject to confirmation by the U.S. Senate and are appointed for four-year terms.

There is no set timetable for appointing a replacement. For instance, Kees' immediate predecessor, Conner Eldridge, left office on Aug. 21, 2015, and the district operated through an interim until Kees took over in January 2018.

"I especially appreciated his work to confront the over-prescription of opioids that has fueled the epidemic we are experiencing," Boozman said.

Kees departs with two cases still awaiting trial that drew nationwide attention, including one that became a subject of a hearing in Congress.

The multistate investigation leading to the arrest of state lawmakers is also ongoing, Kees has said.

In another high-profile case, a federal grand jury in Arkansas indicted Paul D. Petersen of Mesa, Ariz., on 19 counts related to the transportation of pregnant women from the Marshall Islands so they could give up their newborns for adoption in Arkansas, Arizona and Utah.

Attorneys and investigators from the Western District of Arkansas traveled to the Marshall Islands during that investigation. Peterson also faces state charges in Arizona and Utah for a total of 62 criminal counts relating to his adoption practices.

Both Levy and Petersen are awaiting trial.

"You don't hear about meth labs here anymore, and the reason for that is because it all comes from Mexico," Kees said. "It's cheaper and better. It's brought from Mexico to Dallas and from there through Texarkana and Hot Springs."

Kees opened an office in Hot Springs to assist local law enforcement in the region.

He assumed his duties the first week of January 2018, after his appointment by President Donald Trump in September 2017. By that time, the Medicaid fraud and bribery investigation resulting in charges against multiple former lawmakers had been underway for more than three years.

Convictions of former state lawmakers completed by Kees' office or with its assistance to date are:

• Former state Sen. Jon Woods of Springdale, currently serving an 18-year sentence. His May 3, 2018, conviction on kickbacks in return for state grants is on appeal with oral arguments set for Thursday before the 8th U.S. Circuit Court of Appeals.

• Former Rep. Micah Neal of Springdale, a co-conspirator of Woods who pleaded guilty Jan. 4, 2017, and cooperated with authorities. He received one year of home confinement based in large part upon Kees' recommendation. Kees himself argued for leniency at Neal's sentencing.

• Former Sen. Henry "Hank" Wilkins III of Pine Bluff, indicted in Arkansas' Eastern District but through the same bribery investigation that started with Woods and now-convicted lobbyist Milton R. "Rusty" Cranford. Wilkins is awaiting sentencing. Cranford pleaded guilty to one count of bribery in Missouri, having paid the bribes to benefit a Missouri-based health care provider, and was sentenced Nov. 25 to seven years in prison.

• Former Sen. Eddie Wayne Cooper of Melbourne, who also pleaded guilty in Missouri on Feb. 12, 2018, and is awaiting sentencing there. He became both a business partner of Cranford's and an executive in Preferred Family Healthcare after leaving the Legislature in 2011.

• Former state Sen. Jake Files of Fort Smith, who pleaded guilty Jan. 29, 2018, to fraud and money laundering for awarding his business a $26,946 state grant and then using the money for his own purposes, and for obtaining a $56,957 bank loan by pledging collateral he did not own. He was sentenced to 18 months in federal prison. 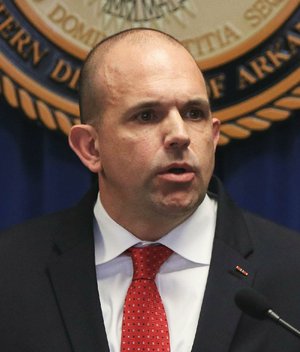 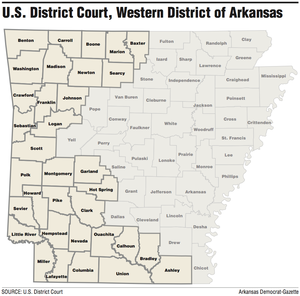