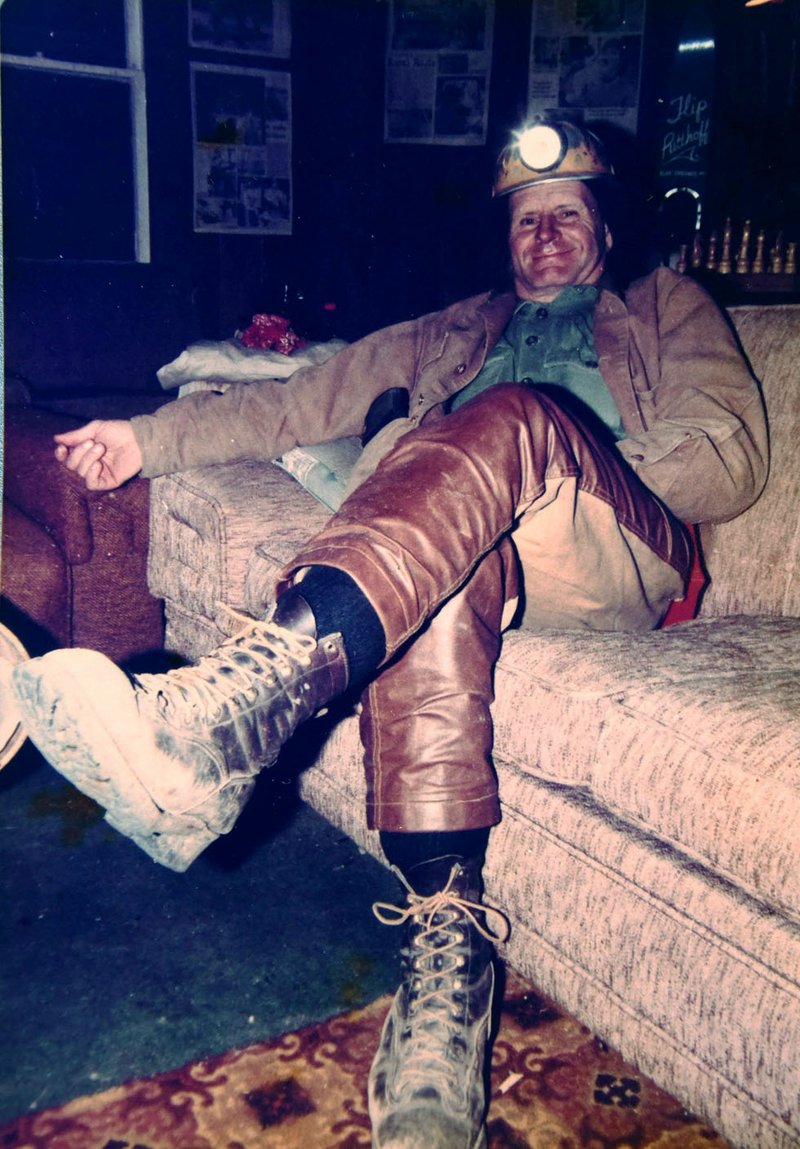 NWA Democrat-Gazette/FLIP PUTTHOFF Ernest, seen here in this 1978 photo, is dressed for a night of raccoon hunting

Here it is the furbearer season, and I'm sorry to say the last time I went raccoon hunting was in the winter of '78.

That's when my roommate, Hog Ears, and I went 'coon hunting with Ernest, a stranger who showed up on our front porch one night asking if he could hunt on our place.

We were amazed he found our cabin, out in the boons down a bumpy, gravel road. Only a wise woodsman like Ernest could find it, and he did.

Here it was January and darned cold. Keeping the cabin warm was a challenge.

A fireplace did a fine job of heating, provided your cold nose was a foot from the flame. There was a wood stove, too, but no other heat. To Hog Ears and me, the place was paradise, situated in the middle of a thousand acres, somewhere in the middle of nowhere.

Ernest thought our bachelor pad was Eden, too, the night he knocked on our screen door.

"Mind if me and my dawg do a little 'coon huntin'?" he asked.

Our raccoon hunter guest was a fashion statement, standing there on the porch in the yellow glow of the 60-watt bug light. Tan insulated coveralls covered Ernest's lean frame. Dark leather boots were laced from toe to knee. He wore a hard hat with a headlamp attached.

Hog Ears and I rarely got company, so we eagerly invited our guest inside. Ernest sat on the couch cross-legged, revealing the lug sole of one boot.

I thought Ernest looked so smart in his coveralls and headlamp that I took his picture right there on the couch. Then he leaned forward and outlined his game plan for the night. His eyes brightened and he said these magic words.

"Hey, you boys want to come with me?"

"Not just yes, but heck yes!" we chimed.

Hog Ears and I jumped into some warm clothes and the three of us squeezed into the cab of Ernest's compact pickup.

Headlights lit the two-track Jeep road that ran from our cabin, down a hill, across the creek and into the woods.

Ernest stopped after a half mile, got out and lifted the latch on beat-up plywood dog box in the truck bed. A hound bolted out so fast Hog Ears and I never saw what the pooch looked like. Just a blur led by a black nose.

The 'coon hound disappeared, running over a ridge until its yowling faded. All was quiet in the chilly, moonlit woods.

Ernest resurrected a thermos of coffee from the debris under his truck seat. He poured Hog Ears and me a cup before serving himself. Then Ernest motioned for us to have a seat on his tailgate -- where we sat for the next two hours.

"So this is 'coon hunting," I mused during a lull in conversation.

All the while Ernest listened for the cry of his hound, which I figured was chasing raccoons in Cancun by now.

Some far-off baying told Ernest that his dog had treed a 'coon. We took off in his truck bumping down the Jeep road so fast Hog Ears and I had to push our palms hard on the headliner to keep from bouncing through the roof.

An hour later we were so lost I only knew we were somewhere between our cabin and Omaha -- Omaha, Arkansas, that is.

When we crossed the creek again and got our bearings, Hog Ears and I begged Ernest to take us home. He dropped us off at the cabin and sped off into the night. His hound showed up on our porch about sunrise, just after we went to bed.

So there you have it, an Ozarks raccoon hunt. That's why 1978 was the last time I went 'coon hunting.