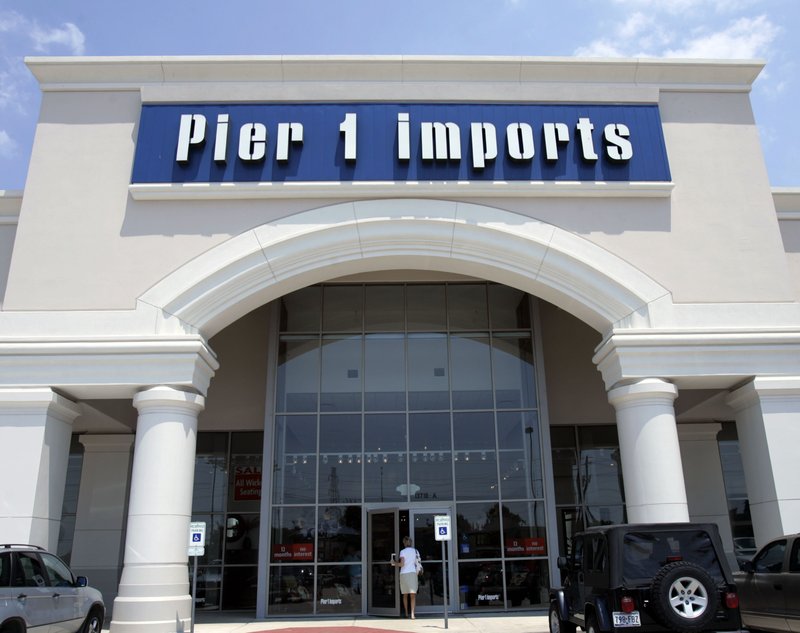 FILE — This June 15, 2005, file photo shows a Pier 1 Imports store in Dallas. Pier 1 Imports is closing nearly half its 942 stores as it struggles to draw consumers and compete online. The home decor company said Monday, Jan. 6, 2020, it is closing up to 450 stores and will also shutter distribution centers. It didn't say where the store closures would occur, but it operates stores in the U.S. and Canada. Pier 1 also plans layoffs at its corporate headquarters in Fort Worth, Texas. (AP Photo/Donna McWilliam, File)

Pier 1 Imports' stores in Jonesboro and Little Rock are among the many that the struggling home-decor retailer plans to close.

Signs announcing the closings were visible Monday on the Little Rock store at 724 S. Bowman Road and over the weekend at the Jonesboro store at 2300 E. Highland Drive.

The retailer has four other stores in Arkansas that appear to be remaining open, according to store employees. Those stores are in Fayetteville, Hot Springs, North Little Rock and Rogers.

Pier 1 Imports announced Jan. 6 that it is closing nearly half of its 942 stores, shuttering some distribution centers and planning layoffs at its corporate headquarters in Fort Worth.

The retailer, which also has drafted a bankruptcy plan, didn't say which stores are closing nor how many workers will be affected. The company had 4,000 employees as of March 2019.

Pier 1 said sales in its most recent quarter fell 13% to $358 million as store traffic fell. It reported a net loss of $59 million for the quarter, which ended Nov. 30.