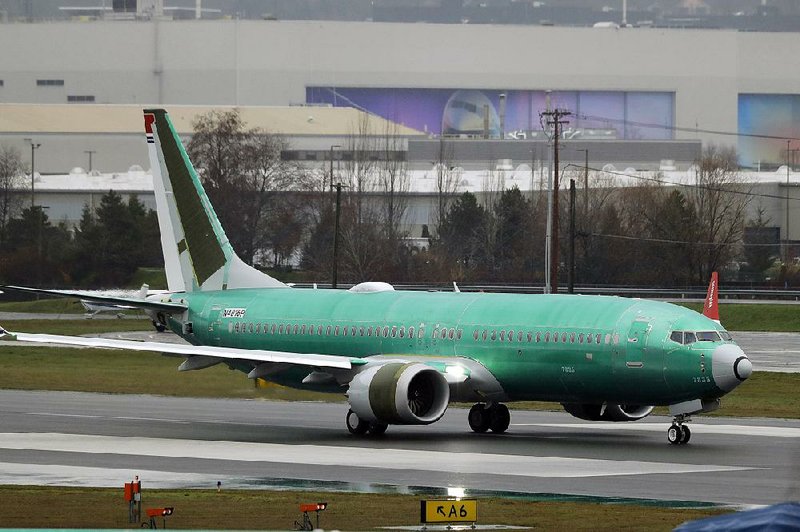 Internal emails reveal the pressures that company pilots faced from leadership in the 737 Max program to control training costs.

The internal documents related to the 737 Max jet that Boeing released Thursday are full of late-night trash talk between two company pilots who mocked federal regulators, airline officials, suppliers and their own colleagues as idiots, clowns or monkeys.

While some of the more memorable quotes may be dismissed as bravado -- nothing more than hard-charging guys who "blew off steam" after work, as the lawyer for the lead pilot put it -- other, more sober internal emails reveal the pressures the pilots were under from the Max program leadership.

All the messages from the leaders of the Max program "are about meeting schedule, not delivering quality," one employee laments in a 2018 email.

Boeing has disowned the language in the communications and offered an abject public apology. On Friday, interim Chief Executive Officer Greg Smith sent an internal email to employees declaring that the messages "do not reflect who we are as a company or the culture we've created."

The evidence in the documents, however, points beyond a couple of rogue employees to serious problems with how the Max was developed and certified.

Michael Stumo -- father of 24-year-old Samya Stumo of Massachusetts, who died in the Ethiopian crash in March -- said, "These revelations sicken me."

"The culture of Boeing has eroded horribly," he added. "My daughter is dead as a result."

Chris Moore of Toronto, Canada -- father of Danielle Moore, 24, who also died in that crash -- said, "We spent an agonizing night thinking about these comments" in the documents. He called for an investigation that would "strip any professional accreditation from those who do not care about the safety of the flying public."

Robert Clifford, lead lawyer for the Ethiopian Airlines victims, said the documents will "be used by the families of the victims to show a jury that Boeing was reckless and put profits before safety."

The Professional Aviation Safety Specialists, the union representing some staff units within the Federal Aviation Administration, termed the messages "disheartening" and called for reevaluation of the increased delegation of oversight granted by regulators to Boeing for airplane development.

Members of the U.S. House of Representatives were particularly incensed by one document showing that, in order to avoid any need for additional pilot training, Boeing downplayed to the FAA the significance of new flight control software on the Max. That software, known as the maneuvering characteristics augmentation system, was implicated in the two jet crashes.

House Transportation and Infrastructure Committee vice chairman Rep. Rick Larsen, D-Everett, called for Congress to pull back some of Boeing's authority to handle oversight of its own jet programs.

Most of the documents made public Thursday were forwarded to Congress, the Justice Department and the FAA in late December, the same day Boeing fired Dennis Muilenburg as CEO. Boeing added some more documents with the release.

All the documents came out of a group within Boeing that worked during development of the 737 Max to get the flight simulators qualified by regulators and to determine the training that would be required for an airline pilot to move from the previous 737 model to the Max.

One pilot who gave a presentation to FAA staff mocks their lack of technical knowledge: "It was like dogs watching TV."

The supplier of the large Max simulators, U.S.-Canadian firm TRU, is described as "disorganized, chaotic, dysfunctional," though also as hard-working, honest and cheap.

The 737 Max is described as "designed by clowns, who are in turn supervised by monkeys."

"Would you put your family on a Max-simulator trained aircraft?" one pilot asks, then answers himself: "I wouldn't." His colleague agreed.

Indonesia's air safety authority, the Directorate General of Civil Aviation, is "apparently even stupider" than another unnamed foreign regulator.

And one pilot notes, in reference to dealings with the FAA, that "I still haven't been forgiven by God for the covering up I did last year."

The emphasis in all the documents is on meeting the directive from Max program leaders that the new jet must be classified by regulators as so close to the previous 737 model that airlines would have to pay for only minimal pilot training. Forkner writes of pulling "jedi mind tricks" to convince regulators of this.

The reason for the emphasis is clear from one email thread. It begins with Boeing's jet sales director for Africa and the Caribbean expressing concern after an airline, which was considering buying the Max, asked for precise dollar figures for what pilot training would cost.

The director was worried because the airline believed it needed to allocate two days of training per pilot, including a two-night hotel stay and a per diem payment at one of the few cities with a Max simulator.

In the exchanges that follow, Boeing employees point out that "Airbus is throwing money" at airlines that are prepared to flip from the 737 to the Airbus A320neo. They offer the assurance that the transition training for a pilot to move from the previous 737 to a Max will not be two days, but two hours on a computer, on the pilot's own time.

"We can say it will be zero dollars in crew salary cost for offline time," a Boeing employee tells the sales director.

The documents also show that the pressure to make little of the differences between the Max and the previous model extended to certification of the aircraft, including systems important to safety.

One safety upgrade proposed for the Max that would have greatly improved the jet's air data systems was called synthetic airspeed. Engineers including Curtis Ewbank, who later filed an internal ethics complaint, believed this could have overcome the vulnerability due to flight control software's dependence on a single angle-of-attack sensor.

The documents show this was rejected because it would "jeopardize the program directive" that there should be no new systems that would trigger a requirement for simulator training.