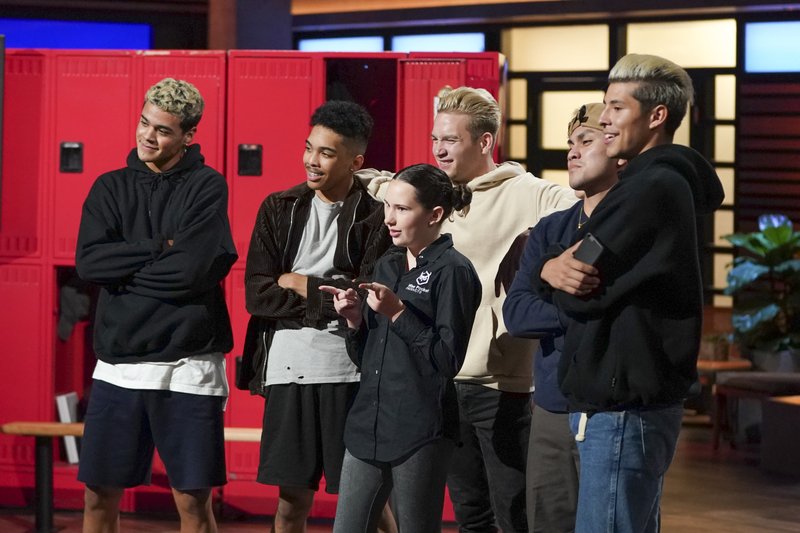 Sofia Overton, 14, of Bentonville appears before the Sharks on ABC's "Shark Tank." Overton's episode is scheduled to air Jan. 12. - Photo by ABC/Eric McCandless

A 14-year-old entrepreneur from Northwest Arkansas received a $35,000 investment in an episode of ABC’s "Shark Tank" that aired Sunday night.

Sofia Overton, of Bentonville founded Wise Pocket Products, a clothing company that provides additional pockets for active kids, according to the company’s website. The pockets are sized to hold such necessities as cellphones, inhalers and money.

In Sunday’s episode, Overton pitched the idea for her company to wealthy investors known as “Sharks,” described on the show’s website as “tough, self-made, multi-millionaire and billionaire tycoons,” in hopes of getting their investment.

While Sharks Kevin O’Leary and Mark Cuban declined to offer an investment, two others expressed interest.

[Video not showing up above? Click here to watch » https://www.youtube.com/watch?v=GDzHN6dq00A]

“You’ve got everything that it takes to really be a great entrepreneur,” Lori Greiner said. “And Daymond [John] and I want to help you.”

The teen responded by asking for $35,000 in exchange for 25%, a counteroffer that brought gasps from the Sharks and a comment that “somebody’s got negotiating skills." Greiner and John agreed to the offer, coming forward to give her a high-five and a hug to seal the deal.

“I’m in heaven,” Overton later said, according to a news release by entrepreneurial consulting group Startup Junkie, which had the teen as a client starting in 2017. “I’m so excited.”