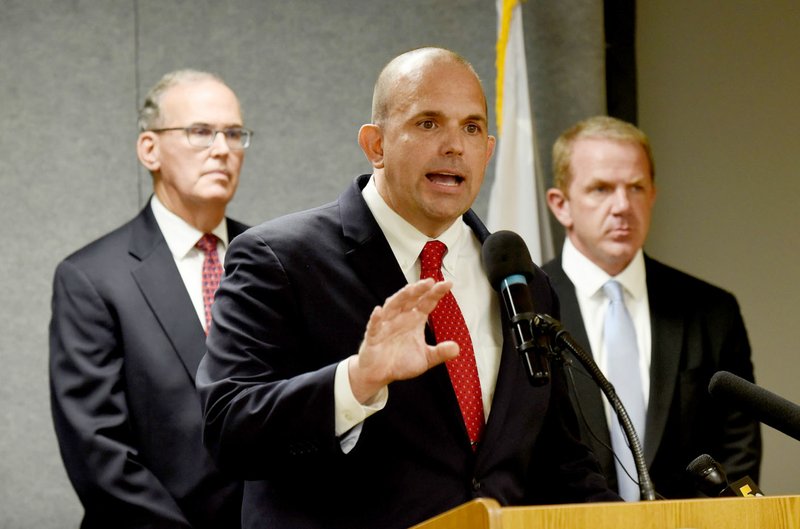 U.S. Attorney Duane "Dak" Kees, of Bentonville is resigning effective midnight Jan. 17 to take a job in the private sector, he announced Monday.

Kees gave no details, but a source told the Northwest Arkansas Democrat-Gazette that Kees was accepting a position at the headquarters of Tyson Foods in Springdale.

Worth Sparkman of Tyson Foods Inc. confirmed Monday afternoon that Kees is coming to work for the Springdale-based company.

Kees took over the prosecution of former state Sen. Jon Woods of Springdale, oversaw or took part in investigations that have convicted five state lawmakers so far and is still engaged in a three-state investigation into a multimillion bribery and Medicaid fraud scheme.

He presided in the indictment and arrest of a Veterans Department pathologist who worked while intoxicated and was charged with manslaughter in a patient's death.

Kees is leading the prosecution of an Arizona lawyer charged in a human trafficking scheme involving selling babies for adoption, according to the indictment.

"To date it was the greatest job I've ever had and -- other than my wife and kids and service in uniform, the greatest honor of my life," Kees said in a telephone interview Monday. Kees spent more than eight years on active duty in the U.S. Army and was Judge Advocate General Corps officer there. He served in Afghanistan and Iraq.

Kees joined the Asa Hutchinson Law Group -- the governor's law firm -- in Bentonville after leaving the service. Then he worked for Walmart as director in Global Ethics and Compliance, where he specialized in the company complying with the U.S. Foreign Corrupt Practices Act and international law.

The Western District of Arkansas for the U.S. Justice Department is the district Kees oversaw. It consists of 34 counties and stretches from the Missouri border to the Louisiana state line. He was appointed to the position in January 2018.