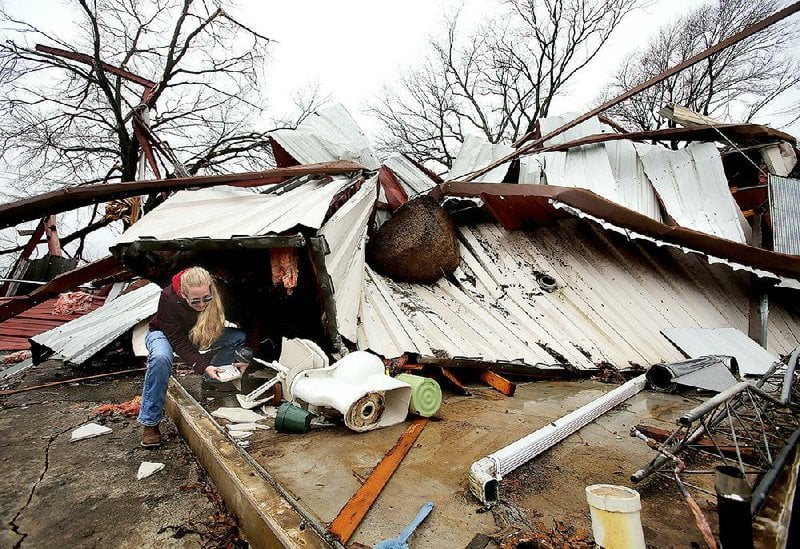 Scarlett Faulk of Austin salvages a Bible belonging to one of her brothers as she searches for items in a destroyed building on her family’s land Saturday in southern Lonoke County. There were no injuries reported from the storm. More photos at www.arkansasonline.com/112storms/.  - Photo by Thomas Metthe

The National Weather Service has confirmed seven tornadoes touched down in Arkansas during powerful storms that moved through the state overnight Friday into Saturday morning.

No injuries or deaths have been reported.

The most powerful, an EF-2, traveled 13.6 miles in Logan County and had peak wind speeds estimated by the weather service at between 111 and 135 mph. 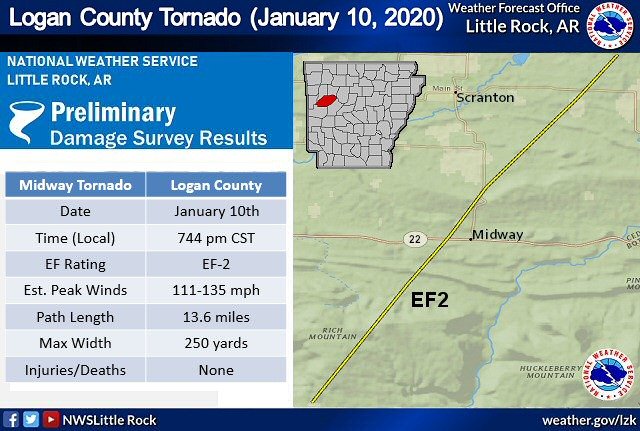 The weather service said in a report that several barns, chicken houses and out buildings were destroyed. According to Logan County officials, at least nine homes were also damaged, including five that were destroyed.

Six other tornadoes were rated EF-1 in strength. One occurred near Seaton in Lonoke County, according to the report, and blew in a grain bin and tossed a shed.

Another occurred near Jerome in Drew County, “mangling” a silo, according to the report.

In south Arkansas, Ashley County saw three separate tornadoes, according to the report.