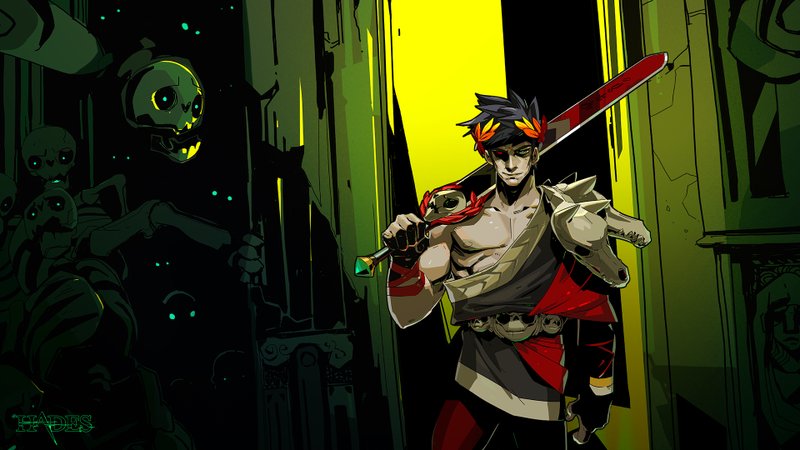 Drawing upon the vast (and copyright-free) lore of Greek mythology, "Hades" is a "rogue-like" dungeon crawler where players defy the titular god of death, battling through an army of lost souls to escape the Underworld.

You, Zagreus, are the immortal son of the Underworld's ruling deity, Hades, and have received an invitation to join the other gods on Mount Olympus — but the one thing that stands in your way is that no one is allowed to leave the Underworld. Not to mention, there's bad blood between Hades and Zeus.

Exploring the twisted family dynamic that is Olympus is part of the game's narrative and charm.

As Zagreus, players battle with one of five weapons — sword, bow, shield, spear or gun. Players progress through a series of randomly generated rooms, killing all enemies within to advance to the next room — and get closer to the surface.

Each room cleared will grant Zagreus a reward of some kind, such as a boon from the gods of Olympus or various other upgrades. Each boon is presented by a particular god, and all come with certain themes. For example, boons from Zeus add lightning damage, boons from Hermes speed things up, and so on.

Rogue-likes, for the uninitiated, are combat-oriented games where players get stronger as they fight toward some ultimate goal in a randomized run, usually dying at some point, but using the knowledge gained to try again. Every play-through is unique in "Hades" because the boons and items available are random.

It is likely, if not inevitable, that at some point Zagreus will die, but the game does not end there. He will wake back up in his chambers in the Underworld (emerging from a pool of blood, for some reason), and must start his journey again from the beginning. All progression, such as acquired boons and weapons, will be lost.

However, this is where meta-progression kicks in. Along with boons, Zagreus also collects Darkness, Chthonic Keys, Gemstones, Ambrosia and other artifacts that allow permanent upgrades, such as increased maximum health, an increased chance for offered boons to be of higher quality or the ability to unlock a different weapon.

So the cycle goes like this: Venture out into the Underworld, fight as long as possible, die, revive, spend artifacts to get a teensy bit permanently stronger, then head back out for another attempt to reach the surface.

Combat is fast-paced as each of the five weapons comes with special attacks and strategies, further molded, modified and enhanced by the choice of boons.

Because of the randomness of the boons, you never know what your next run will be like. A boon offered may just add more damage to an attack, or it might add a homing effect to a weapon or magic ability, or add area-of-effect damage, or slow enemies or their attacks ... and much more. Developers have been constantly tweaking these upgrades for balance and adding more boons and other items into the game.

Zagreus has three main offensive abilities: attack, special and magic. Boons generally help one ability or another, so players must choose whether to spread the boons out across Zagreus' various abilities or focus on one aspect, such as weapon damage.

Made by Supergiant Games, creator of well-received indie titles "Bastion" and "Transistor," "Hades" hits all the right beats — action, gameplay, design, animation, music and story. Currently in the later stages of Early Access, "Hades" is available on Steam and the Epic Games store.

For smaller, independent studios (such as San Francisco-based Supergiant Games), this sort of rolling release seems to be the new industry standard, where games are created in partnership with the community and development is more of a process than a specific deadline, even after "official" release. For "Hades," that official release is expected later this year, after which it's likely the game will be ported to other platforms, such as PlayStation 4, where its other titles are available.

Despite its Early Access status, "Hades" is already quite polished, and for some, being able to play the game as it changes throughout the development process can add to the experience.

For anyone curious, Zagreus is indeed a figure in Greek mythology, albeit a minor figure. He is mentioned as the son of Zeus and Persephone, or possibly of Hades and Persephone. I'm guessing they went with the latter heritage here.

"Hades" might be set in the depths of Stygian hell, but the quest of reaching Mount Olympus will make you feel like you've reached the Elysian Fields.

Rating: 12+ for some animated violence