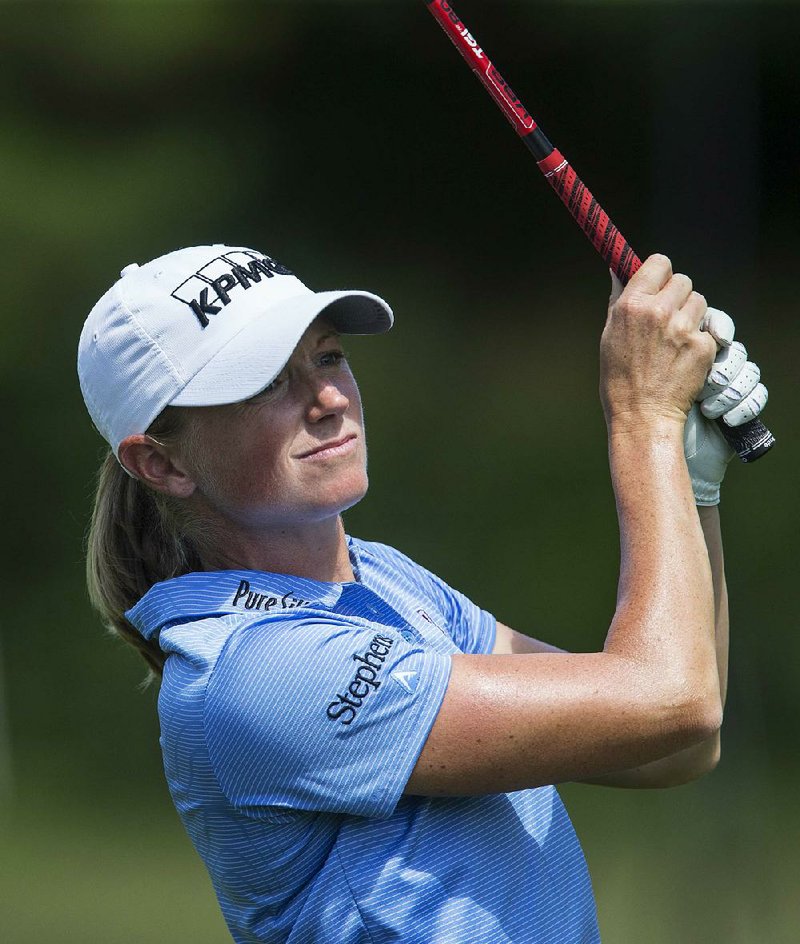 Stacy Lewis (Arkansas Razorbacks), who has won two major championships on the LPGA Tour, will be a member of the 2020 Arkansas State Golf Association’s Hall of Fame class. - Photo by Ben Goff

This year's Arkansas State Golf Association Hall of Fame class has LPGA Tour star Stacy Lewis as its main course, but the three other members make for a pretty good four-course meal.

Lewis, a former No. 1-ranked player in the world, is joined in the 2020 class by Tracy Harris, Kim Backus and the late Ernie Breckinridge. A date for the induction ceremony hasn't been set, but determining that could be dictated by the schedule of Lewis, 34, as she deals with the rigors of the LPGA Tour season and keeping up with her 14-month-old daughter, Chesnee.

"My days are revolved around naps and trying to squeeze a little practice in there, so life is busy, but all is good," said Lewis, who, like fellow LPGA Tour members Gerina Piller and Brittany Lincicome, tries to juggle being a new mother with the strains of their professional occupation. "It's great to have all the kids be able to grow up together. The day care on tour is awesome. It's almost easier being on the road because I have so much help there."

Before joining the LPGA Tour, where she has won two major championships and more than $12 million in career earnings, Lewis was a four-time NCAA All-American at the University of Arkansas. She was the 2005 SEC Freshman of the Year, won the 2007 NCAA Division I national championship and was the 2008 SEC Player of the Year.

"I loved my time in Arkansas," said Lewis, whose victory at the 2014 Northwest Arkansas Championship in Rogers is one of her 12 on the LPGA Tour. "I think people know I am from Arkansas because I carry that [Razorbacks] head cover everywhere I go. Winning there was so unbelievably cool."

Lewis' success as a professional golfer probably wasn't on the radar when she was diagnosed with scoliosis at the age of 11, leading to years of wearing a back brace for 18 hours a day and ultimately to surgery by orthopedic surgeon Gary Brock. Lewis said Brock is someone who won't be forgotten during her induction speech.

"He's somebody still that calls and checks in on me and sees how I am doing," Lewis said. "I owe a lot of my career to him. If that surgery doesn't happen, I am definitely not the golfer that I am."

Harris, 56, has won numerous ASGA player of the years title in various divisions and captured more than 50 ASGA designated tournaments. He also won the 1997 state amateur championship at Lost Springs Golf and Athletic Club in Rogers and has represented the ASGA on numerous cup teams. He said playing in team events has always been important because it proved he was considered one of the best in his age division.

"Like now, in the senior division, those guys are tough," Harris said. "You're playing against guys like Stan [Lee] and Bev [Hargraves]. You can't take anything for granted in that division, thinking you are going to win.

"I never aspired to be in any hall of fame. I play golf to win. That's what I wanted to do, win tournaments. I think of guys like Stan and Louis [Lee] and Ron Richard. Wyn Norwood. Those guys are the real hall of famers to me. I may be in with them, but I still believe they are a notch above me."

Backus, 64, was a member of the Razorbacks golf team from 1975-78 then became a sales representative for Wilson and Nike. ASGA Hall of Famer Dan Snider said, "It was his idea to change the name from Nike Cup, just one example of Kim's character."

"I've been doing this for like 35 years or so, so I think with the overall support I have given to the PGA and to the USGA and the different schools I've been pretty involved," said Backus, who underwent knee replacement surgery in October and has had numerous surgeries since after suffering an infection. "I wasn't expecting [to go into the hall of fame], but I get to go in with my friend Tracy Harris. That makes it more special to me."

Breckinridge worked for more than 50 years at Hot Springs Country Club, starting as a caddie and later as a caddie master before joining the Army and serving in World War II. He returned to HSCC as an assistant professional and pro shop manager. He is credited with making the club's junior program one of the tops in the state, according to Stan Lee, the current ASGA president.

"Ernie Breckenridge was a jewel of a guy," Lee said. "The time I won the Arkansas state junior, Ernie Breckenridge was on the 18th green, and he said, 'Stan, you've just done something special. Congratulations.' And the first time I won a state amateur was also at Hot Springs Country Club. He said about the same thing. He's endeared in my heart forever."

Breckinridge died in 1994 at the age of 82. Matthew Breckinridge was 12 years old when his great-grandfather died but still remembers the stories of Ernie growing up on a dairy farm and walking to Hot Springs Country Club to caddie, then picking up the game well enough to teach it.

"He was a very interesting person," Matthew Breckinridge said. "Speaking on behalf of the family, we are very proud and honored to have my great-grandfather in the hall of fame." 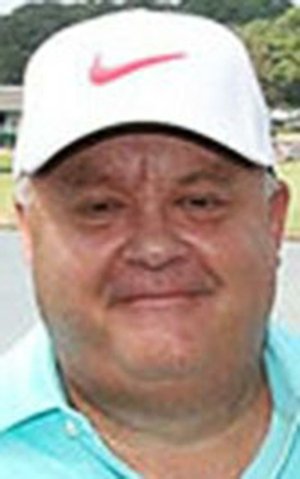 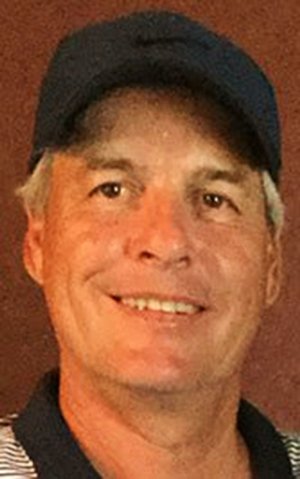 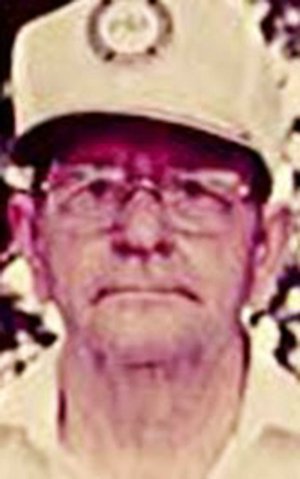 CORRECTION: Ernie Breckenridge is one of four new members of the Arkansas State Golf Association Hall of Fame. His last name was misspelled in an earlier version of this article.