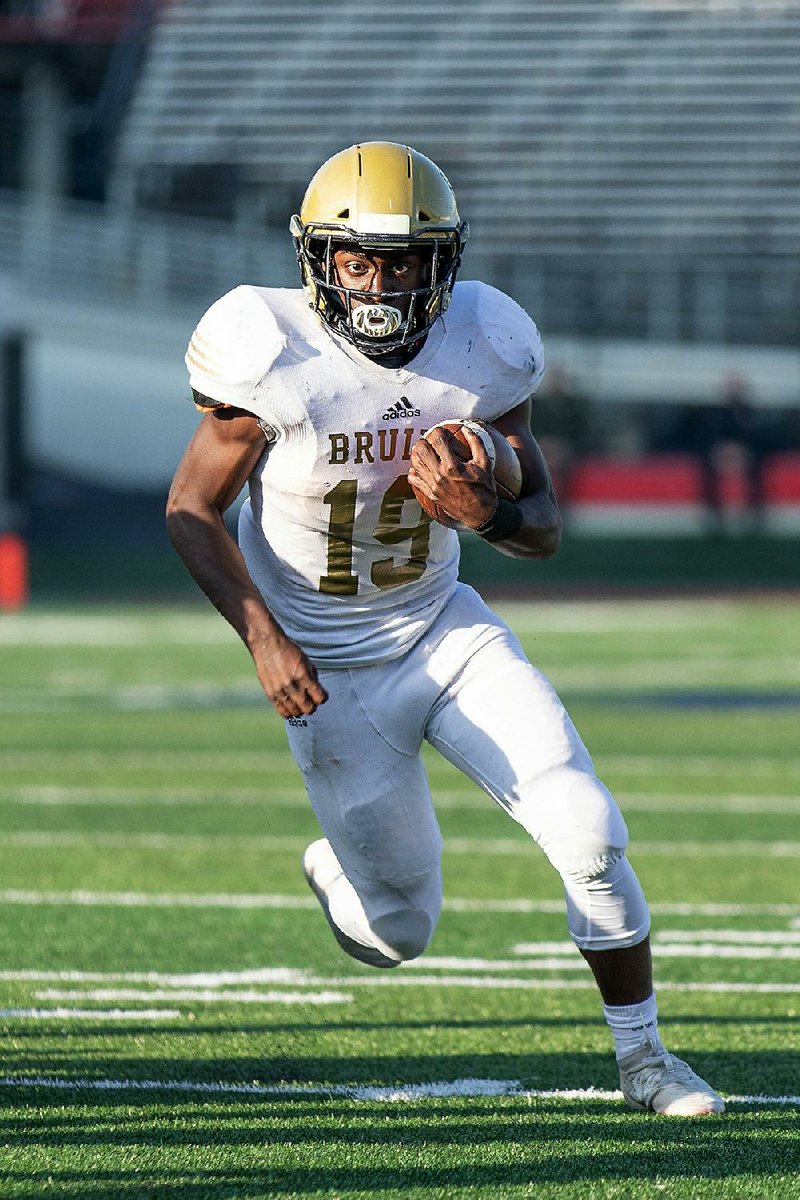 Joe Himon was making his first varsity start for Pulaski Academy against a Class 7A opponent.

But despite coming off a leg injury that cost him his freshman season, Himon was not deterred, as he caught 3 passes for 203 yards and 2 touchdowns in a 84-68 victory over Springdale Har-Ber on Aug. 29 in Little Rock.

Himon at a glance

That game still resonates with the sophomore running back.

"The first game against Har-Ber, it was very special to me," Himon said.

From that point, Himon was a weapon in the high-powered Pulaski Academy offense under Coach Kevin Kelley. He went on to rush for 1,300 yards and 16 touchdowns on 128 carries, and caught 47 passes for 738 yards and 5 scores.

For his efforts, Himon is the Arkansas Democrat-Gazette's All-Arkansas Preps Underclassman of the Year.

The Bruins' coaching staff's message to Himon was a simple one before the season.

"They told me to come in and work hard and play your role," Himon said.

Kelley wasn't sure how Himon would respond after his leg injury, but he found out early in the season that he was going to be just fine.

"He hit the ground running," Kelley said. "The rest is history."

In an offense that scored a state-record 790 points, Himon more than held his own.

Himon scored at least one touchdown either on offense or on special teams in 12 of the Bruins' 14 games.

Against Little Rock Christian in the Class 5A state championship game Dec. 7, Himon scored three touchdowns, including two rushing, as the Bruins routed the Warriors 63-21 for their eighth state title in school history.

"He's got great speed and tremendous explosion," Kelley said. "He's got fantastic vision. He's a very gifted kid and a super hard worker. If you put those two things together, that's when you get a really, really remarkable player like he was this year."

For the 2020 season, Himon, who has received a scholarship offer from SMU, is expected to be one of the top returners back for Pulaski Academy as it searches for its second Class 5A state championship in a row and ninth overall. It's a challenge Himon, who also plays basketball at the school, is looking forward to.

"If everybody works hard and buys in, we could be a great team," Himon said.

Print Headline: UNDERCLASSMAN OF THE YEAR: Bruins get backfield boost