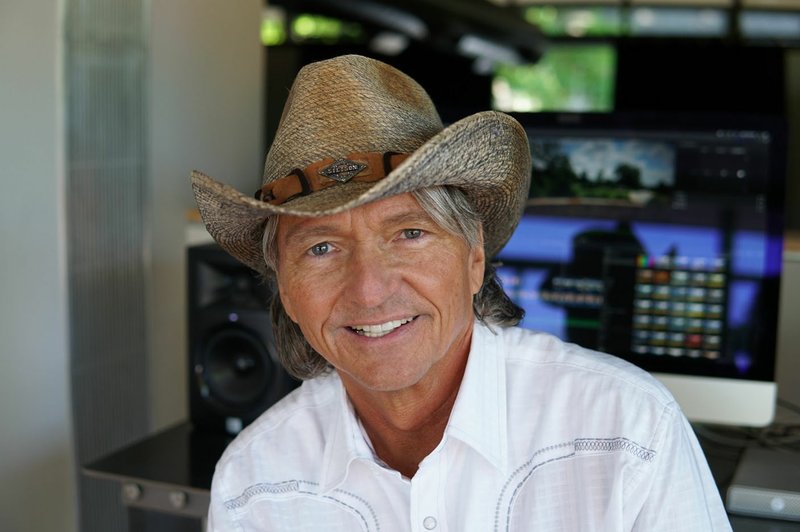 Courtesy photo "In Arkansas we have a 'music tradition,' which is different than a 'music scene,'" says musician/producer and Cosmic Cowboy Studios founder Ben Meade. "Musicians believe in the importance of passing on their experience with a unique sound and technique that has developed specifically in our region."

Ben Meade moved to Arkansas only eight years ago, but in that time he's taken note of the artistic landscape. The musician and producer knows that music can be a service to the community, and in July, he opened Cosmic Cowboy Records -- the only analog studio between Austin, Texas, and Nashville, Tenn. -- where he has focused his efforts on fostering new talent and rejuvenating performers who have been marginalized over the years.

Q. Northwest Arkansas has rich musical roots, and the developments over the last decade or so have been particularly exciting as new infrastructure is established to help the music scene grow and thrive. In your opinion, what makes the area's music community unique?

A. In Arkansas we have a "music tradition," which is different than a "music scene." In Austin or Nashville, the music seems to be ever-changing depending on what popular culture deems to be trending, whereas in Northwest Arkansas, musicians believe in the importance of passing on their experience with a unique sound and technique that has developed specifically in our region.

Q. What was the impetus for opening a new studio and record company in Fayetteville? Why does NWA feel like the right spot for "the next Stax Records"?

A. I opened Cosmic Cowboy Studio first because of my love for music. Additionally, there is a need here for two things most records don't really do: (1) Foster new talent (without changing who the talent is to make money) and (2) to aid in the revival of past musicians who may have been marginalized. In short, to provide a service to the music community in Northwest Arkansas in a facility designed much like the original Stax Records studio in Memphis.

Q. You've also been working with The Cate Brothers to re-release their back catalog and produce a documentary about the brothers. What prompted this? Why did it feel important to tell their story in this format?

A. I have followed The Cate Brothers since the early '70s. I produced the vinyl for the album "Same Love" by Earl and Them back in 2012 and knew that working with both of them would be the right thing to do because their catalogue and the distribution had become so fragmented over the last 30 years. In 2018, Ted Runnels and I shot a concert video of the Cate Brothers in Kansas City. We met with Earl and Ernie and discussed a documentary film of their career, and they agreed it would be better than just releasing another concert video. In other words, they both agreed it was time.

Q. How do you see your role, or what do you aspire for your role to be, in the NWA music community?

A. I recognize how much talent is here. I feel compelled to give support of myself and my resources in order to foster new musicians and continue what we know to be the sound and tradition of music in Arkansas. I see myself and my operation as a catalyst for such continued growth and legacy.

A. When time permits, I hope to continue to develop my own music with local musicians and do some great recording. My intention is to sign six artists per year to Cosmic Cowboy Records. It may be more ... with all that is happening here, let's wait and see. It has to be positive, right?