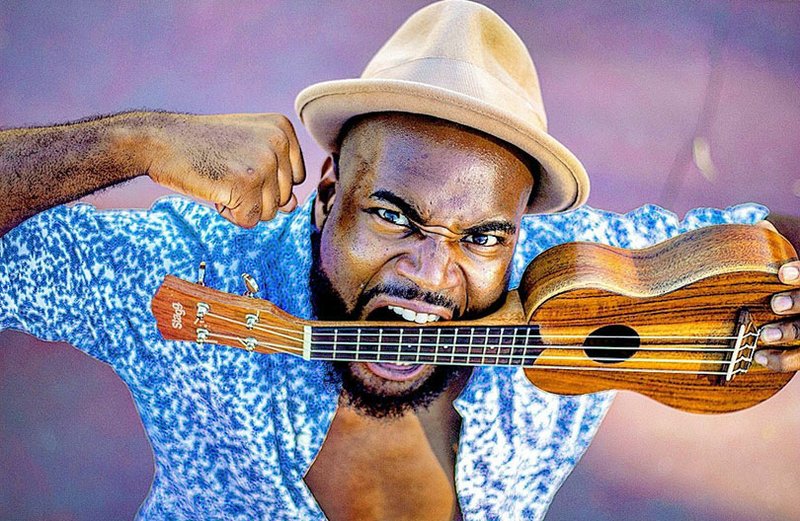 File Photo "I hope I inspire people to create their own work and not wait for a callback or somebody else to develop a story they want to have told," says Ashford. "I also hope my work ethic inspires those who had a difficult beginning to believe in themselves and their dreams."

As a grad student at the University of Arkansas, Austin Dean Ashford made an impact not only on the campus arts community but around the world with his one-man show "(I)sland T(rap)." Now he's pursuing a Ph.D. at Texas Tech University, and "(I)sland T(rap)" has carried his name far beyond academia.

Q. Can you tell me a little bit about your background and the path that led you to where you are now?

A. I was a high school dropout who had to get my GED and became a speech and debate nerd. I was fortunate enough to be featured on HBO's "Brave New Voices" and was able to win the youth individual poetry slam champion. Then I went to Wiley College in Marshall, Texas -- from the film "The Great Debaters" -- and was fortunate enough to win 21 national titles in speech and debate. I got to perform for Denzel Washington and he shed a tear, wrote a letter of recommendation, and told me to take what I do around the world. Then I went to the University of Arkansas and pursued a dual MFA in playwriting and acting, during which time I won Best One-Man Show off-Broadway at Theatre Row for the United Solo Festival -- which led me to win 17 awards from the Kennedy Center for my two plays, "(I)sland T(rap)" and "Black Book," which I have showcased three times at the Kennedy Center. Recently my play went to Edinburgh for a main stage monthlong production, and I went to Colombia to make music for social change.

Q. When and how did you fall in love with theater? And what inspired you that it could be more than what is traditional?

A. I would have to say I fell in love with theater late. Prior to grad school at the UA, I had never seen a play, let alone been in one. I had a difficult time with theater in the beginning because I had a hard time getting roles. But then I found [the] one-person show, thanks to UA and TheatreSquared. I was inspired by ... the faculty and staff I worked with at UA and T2, who told me people can make a living off of only one-person shows. Plus, with this form of theater I do not have to worry about callbacks and doing work that I am not interested in, as well as [being able to] work on my writing and music at the same time.

Q. Can you talk about an average week for you in your current life?

A. As a Ph.D. student, I take four doctoral classes, twice a week; I am a graduate teaching assistant for "Intro to Cinema" and grade 60-70 500-word essays (finals and midterms are 1,200-1,500 words) a week; I also help with BurkTech, which works with students on the autism spectrum and applying theater; I worked at the local elementary school twice a week for an afterschool theater program; and I help with promotion and marketing for the Texas Tech theatre department. Then, on the weekends, Thursday-Sunday, I will usually tour one of my plays and teach a workshop before heading back to school and doing it all over again.

Q. What do you love about what you're doing? What are the best parts, the highlights, what makes you excited to come to work?

A. I love that I have my career in my hands as an academic and artist. The fact that I have my own solo plays that incorporate all my talents including music and characters, and I can still learn about my craft and research every day, is a dream come true. I'm excited to come to work every day because I know I am getting better every day as a writer, musician, scholar, performer and human being. I just have to accept the challenges of growth.

Q. What do you hope you leave as a lasting legacy as a theater artist?

A. I hope I inspire people to create their own work and not wait for a callback or somebody else to develop a story they want to have told. I also hope my work ethic inspires those who had a difficult beginning to believe in themselves and their dreams.

A. Selling out Oakland, Calif., independently and not having to be booked or part of a festival or in a competition. Also, finally going global when I had never left the country prior to 2019. Also, finishing my first semester of my Ph.D. program.

A. I look forward to getting more into film and television as well as finally releasing studio recorded music. I'm excited to get back to school and learn even more because my Ph.D. program is really pushing me in ways that are necessary.