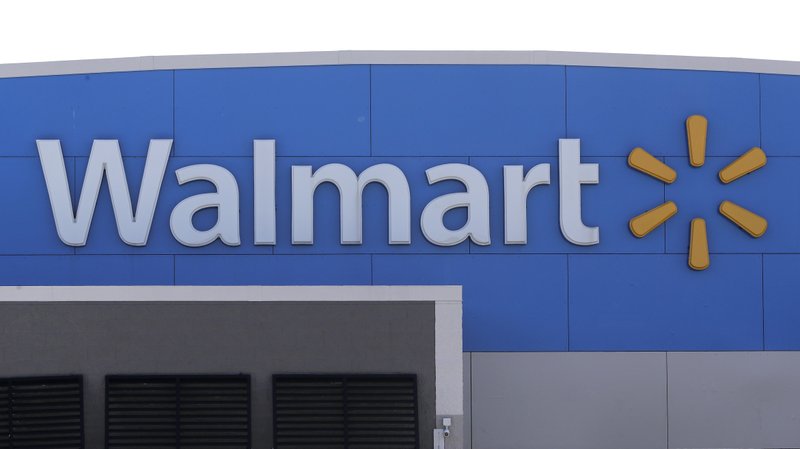 A Walmart logo is displayed outside of a Walmart store on Sept. 3 in Walpole, Mass. Walmart says it will stop selling electronic cigarettes at its namesake stores and Sam's Clubs following a string of illnesses and deaths related to vaping. The nation's largest retailer said Friday that it will complete its exit from e-cigarettes after selling through current inventory. It cited growing federal, state and local regulatory complexity regarding vaping products. - AP Photo/Steven Senne, File

Walmart's plan to control a portion of the beef supply for its stores took a step forward Friday with the opening of a south Georgia meat processing plant owned by Walmart Inc.

In efforts to meet customer demand for quality, private-label food items and a more transparent supply chain, Walmart said it has developed an "end-to-end" supply chain for Angus beef.

The plan, announced last year, included a plant in Thomasville, Ga., that would process steaks and roasts for 500 stores across the Southeast with supply coming from Kansas. The 201,000-square-foot facility, expected to create more than 200 jobs, opened on Friday.

"Our new Angus beef supply chain is a perfect example of Walmart's dedication to bringing customers high-quality food at a great price," Scott Neal, senior vice president of meat at Walmart U.S., said in a statement Friday. "By enlisting a number of top companies to take part in our Angus beef supply chain ... we'll be able to provide customers with unprecedented transparency throughout the supply chain and leverage the learning we gain across our business."

Walmart's first step into meat processing follows a trend among retailers to cut reliance on middleman companies in their supply chains. Costco, for example, built its own poultry processing plant in Nebraska in order to sell cheaper rotisserie chickens. Walmart opened a milk processing plant in Indiana in 2018.

Walmart began construction on the meatpacking plant in August 2018. Thomasville is about 35 miles north of Tallahassee, Fla.

Shelley Zorn -- the executive director of Thomasville's Payroll Development Authority, an industrial development board -- said the company has invested $140 million in the building and equipment. The situation is unique in that FPL Foods, based in Augusta, Ga., is operating the plant while Walmart owns the building, she said.

The cattle are raised by U.S. Angus beef farmers and shipped from Texas to Kansas for slaughter at Creekstone Farms, Zorn said. About 250 people are working at the Thomasville plant with plans to hire 100 more when fully operational.

Jason Apple, a meat science professor at Texas A&M, Kingsville, said that Walmart wants to own more of the beef supply chain for cost-control measures so it can bypass some of its largest suppliers: Tyson Foods Inc. and Cargill Inc.

"It's a great thing for Walmart," he said. "Do I think it's going to shut down Tyson? No. But it gives [Walmart] greater control and should control some of the price variations in the [cattle] market."