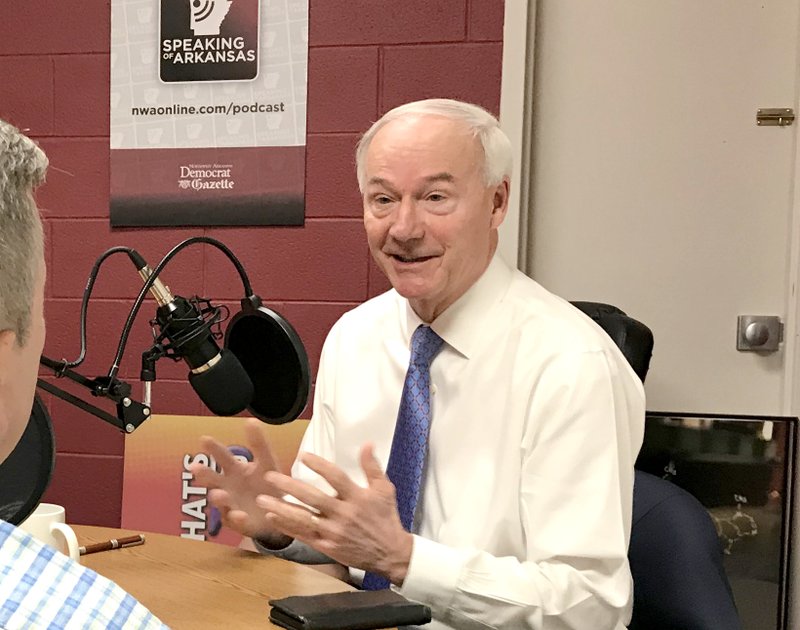 In this edition of Speaking of Arkansas, Gov. Asa Hutchinson speaks about agricultural trade between Arkansas and China; a November election proposal to make permanent a half-cent state sales tax to fund highway construction; the new registration fees for hybrid and electric vehicles; his decision in December to continue allowing refugees vetted by the federal government to settle in Arkansas; his computer coding initiative in schools; guns in churches and schools; the state's levy systems along the Arkansas River; the Buffalo River watershed and the state's efforts to protect it; the casino controversy in Pope County; and his thoughts about what might be in store for him after he leaves office in 2023.