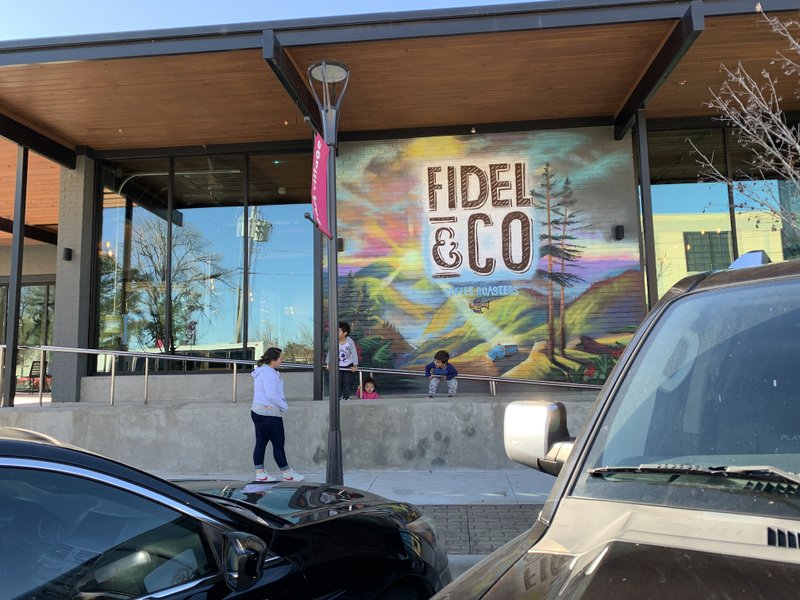 Fidel & Co is in the midst of a soft opening in Little Rock's East Village. (Arkansas Democrat-Gazette/Eric E. Harrison)

Fidel & Co is in the midst of a soft opening in the Distillery, 500 Shall St. in Little Rock's East Village, across the street from Cathead's Diner. At the moment, workers are serving coffee and coffee concoctions; if you get there early enough, they have pastries "and some fun toast options," according to their Facebook page, facebook.com/fidelandco. (The page also includes a brag about the mural by artist Guy Bell on the Shall Street side, which was inspired by a photograph that business partner Jorge Raul Rivera took outside of Finca Santa Rosa, a coffee producer he owns in El Salvador.) Soft-opening hours are 7 a.m.-2 p.m. Monday-Friday, 9 a.m.-3 p.m. Saturday. The owners expect to launch a grand opening later this month at a date still to be determined. The phone number is (501) 712-6891. 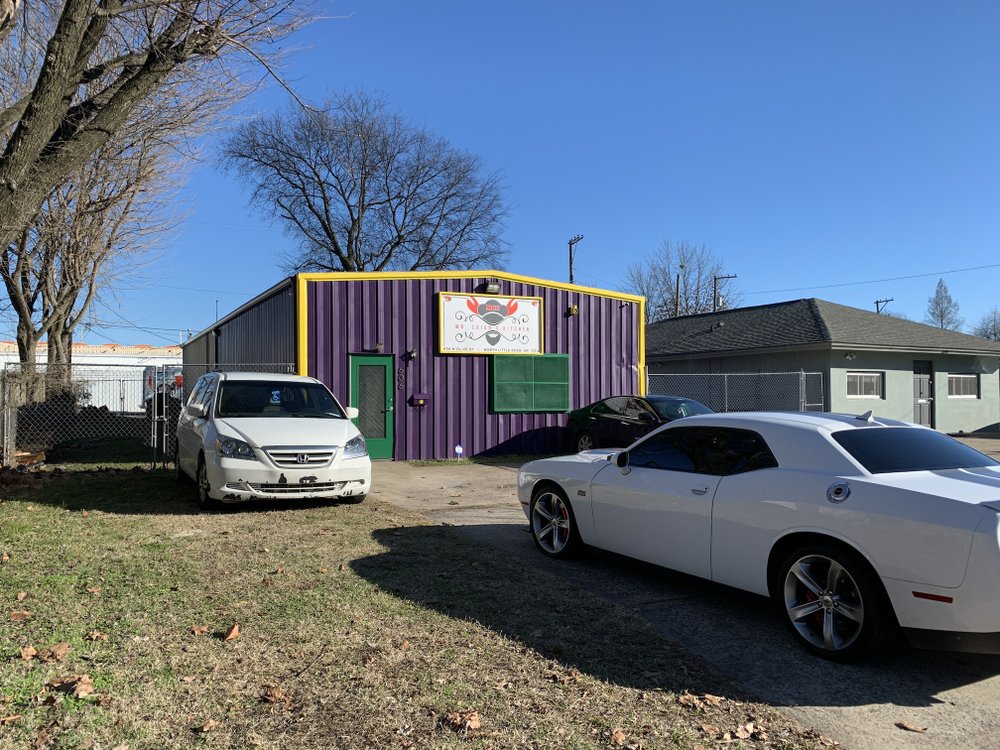 Mr. Cajun Kitchen & Catering is, or was at the end of last week, also in the midst of a soft opening with a limited menu at 606 N. Olive St., North Little Rock, east of Main Street and west of Interstate 30. Les Bracely is the chef; he also runs a separate personal chef business. Hours, during the soft opening at least, are 11 a.m.-7 p.m. Tuesday-Saturday. The phone number is (501) 246-3150.

And speaking of soft openings, Newfangled Love Kitchen, two doors down from North Bar in the Lakehill Shopping Center, 3824 John F. Kennedy Blvd. on North Little Rock's Park Hill, opened softly for brunch on Sunday and was apparently swamped; a post on the Facebook page (facebook.com/newfangledlovekitchen) indicates there was a considerable wait time, with apologies to customers. "As mentioned before, this is our soft opening month and there will be hiccups along the way. Hope to see y'all soon." We now have a listed phone number — (501) 246-5094 — but were only able to connect to a fax machine by deadline.

NYPD Pizza, 6015 Chenonceau Blvd., Little Rock, off Cantrell Road, closed; sign on the door thanks customers. The phone number, (501) 868-3911, has not yet been disconnected but produces only a phone tree. Facebook page, facebook.com/NYPDPizzaLittleRock, appears to have been taken down.

Next-door, HEA Street Eatz, closed last week for what, according to a Dec. 31 posting on its Facebook page (facebook.com/HEAStreetEatz), was supposed to be a holiday break — "Just an update, we are working through some adjustments for 2020 to better serve you. We will not be open today or tomorrow, but will reopen on January 2." A Jan. 2 post, however, indicated some kind of problem: "We will continue to be closed temporarily, but we are actively searching for a solution. We will keep you updated on our status as much as we can. We apologize for any inconvenience and look forward to serving you again." The same message appears on the website, heastreeteatz.com. Whether that's connected in any way to the pizzeria closing, we can't say. We only got a voicemail prompt at the phone number, (501) 673-4006.

The Sack It by Franke's in the Regions Bank building, 400 W. Capitol Ave., Little Rock, also closed last week, also, at least originally, for a couple of days for a holiday break. However, it has not reopened, and apparently, according to other ground-floor vendors, it's gone for good. A spokesman for the building's management company says they're seeking a tenant to take it over; they're also still working on getting a tenant for the vacant-since-September Franke's Cafeteria space.

Monitoring 700-plus metropolitan Little Rock area restaurants, sometimes things slip under the radar. That's the case with the Hardee's at 601 W. Broadway, North Little Rock, which closed Dec. 9. A sign on the sliding metal door that separates it from the convenience store half of the Big Red Valero station, suggests patrons head to the Hardee's at John F. Kennedy and McCain boulevards. 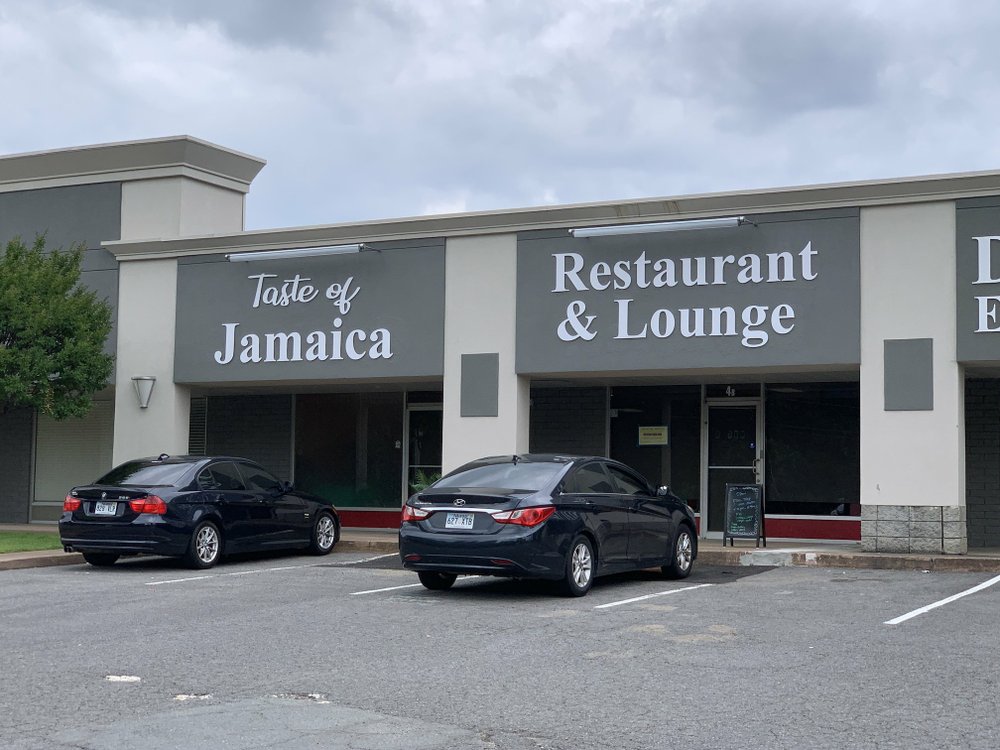 Taste of Jamaica on North Rodney Parham Road in Little Rock is appealing to customers to stave off what its owners predict will be "possibly be our last few weeks serving the community." (Democrat-Gazette file photo/Eric E. Harrison)

The folks who run Taste of Jamaica, 10014 N. Rodney Parham Road, Little Rock, posted this desperate-seeming plea Friday on the restaurant's Facebook page (facebook.com/tasteofjamaica76): "Taste of Jamaica would like to thank you all for your continued support and love for this business. We have amassed a great following in the local area but unfortunately at this time it has not been enough. In the next few weeks, we are asking that the public (those who are familiar with us and those who are not) to come out and show support as this will possibly be our last few weeks serving the community." The phone number there is (501) 312-1111; their website, tasteofjamaicarestaurant.com.

Up the same street a bit, a third Central Arkansas outlet for Chicot Hibachi Express could be opening as soon as this week or next in the former Firehouse Subs space in the Colony West Shopping Center, 10300 N. Rodney Parham Road, Little Rock. The original location is at 9105 Chicot Road in southwest Little Rock; the second is at 7412 North Hills Blvd., North Little Rock. There is also one in Fayetteville; we're told, though we can't find any other reference to it online, there is another of the name in Arkadelphia.

Poke Hula has announced the closure of its restaurant at 1115 W. Oak St., Conway, with a Sunday post on Facebook (facebook.com/pokehulaconway), that notes that it still has three other Central Arkansas stores — 419 E. Third St. and 5621 Kavanaugh Blvd. in Little Rock and 2607 McCain Blvd. in North Little Rock. The Conway phone number, (501) 505-8300, had not yet been disconnected by deadline, but nobody answered it during business hours. The mini-chain's website is pokehulaar.com.

Los 3 Potrillos is posting on its Facebook page, facebook.com/los3potrillosconway, that Jan. 23 is the target opening date for its new location, 2480 Sanders Road, Conway— "right across the street from our current location," 1090 Skyline Drive. Hours will continue to be 11 a.m.-midnight Monday-Tuesday, 11-1 a.m. Wednesday-Sunday, and the phone number will continue to be (501) 327-1144.

Mockingbird Bar & Tacos, 1220 Main St., Little Rock, will turn over six of its taps to Gravity BrewWorks, a nanobrewery in the north-central Arkansas town of Big Flat, 5-9 p.m. Jan. 16. Brewers Tony Guinn and Bill Riffle will meet, greet and talk shop with craft beer enthusiasts. Beers will be available in 5- and 16-ounce pours. Mockingbird will also pair the beers with food specials. The phone number is (501) 313-5413.

Robert Craig and his partners' families are celebrating the 73rd anniversary of Craig's Bar-B-Que, 15th & Walnut streets, De Valls Bluff, according to a post last week on the Facebook page (facebook.com/pages/Craigs-Bar-B-Que/102935699768544): "I can't and won't speak for anyone else, but I'm grateful and definitely thankful to the good Lord for ALL He has, is and plans to do as we prepare for another 73 yrs. of operation. To you our loyal customer base, we thank you for your continued business and Happy New Year!" The venerable restaurant's hours are 10 a.m.-6 p.m. Sunday-Wednesday, 10 a.m.-8 p.m. Thursday-Saturday. The phone number is (870) 998-2616.

The California-based Black Bear Diner chain, which opened an outlet last year in North Little Rock's Lakewood Village, is planning a Fayetteville location, according to the "locations coming soon" area of their website (blackbeardiner.com/locations-coming-soon). A state Health Department plumbing permit sites the former Applebee's at 4078 N. College Ave.; commercial real estate site loopnet.com also reports the restaurant as having signed a lease at that address.