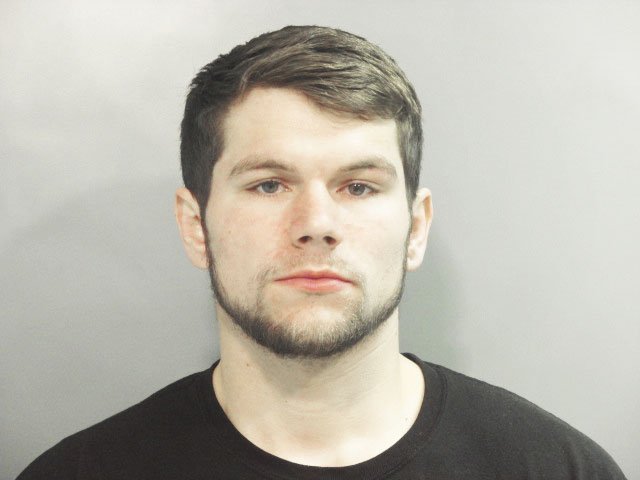 Reagan Levi Phifer, 23, pleaded guilty to second-degree murder in an agreement with prosecutors. He was sentenced to 20 years at the Arkansas Department of Correction.

"This is a tragic case, and there's no good outcome for anyone," said Mieka Hatcher, deputy prosecutor. "This is why early intervention and services are so important."

Phifer apologized to more than 30 family members and supporters of the girl in the courtroom before Washington County Circuit Judge Mark Lindsay pronounced the sentence.

Lindsay said the criminal justice system is unable to make them whole again, but added he hopes the plea and sentencing of Phifer brings some closure to them.

"Mr. Phifer, I appreciate you taking responsibility for what you did and you just saying that gives some small quantum of solace to the family of this baby," Lindsay said.

"I'm hoping that just closing this case will help you in your grief," he told the family.

"I want you to read these statements," Lindsay said. "You need to read them."

"Life doesn't stop and it hasn't been easy, every holiday, every birthday, every family get together has left an empty hole in our lives," Real wrote. "I constantly wonder who Ryleigh would have been, what would she look like today, her personality, her favorite color, not a day goes by that I don't stop and wonder these things. Ryleigh was a beautiful, happy baby girl who brought joy to everyone around her with her beautiful smile and infectious giggle."

Police were called July 27, 2017, to 294 Kelsey Lane in Farmington for an unresponsive baby. The child was airlifted to Arkansas Children's Hospital in Little Rock, where she died the next day, according to an arrest warrant affidavit.

The baby had injuries in different stages of healing when she died, including fractured ribs, leg fractures, brain injuries and a hand-shaped bruise on the back of her neck, according to the affidavit.

Her death was a result of the injuries she suffered in the previous two weeks, according to the affidavit.

Phifer, who was 20 at the time, had baby-sat the child during the day for two weeks while the girl's mother was at work, according to police. Phifer was dating Real, according to court documents.

Phifer was originally charged with first-degree murder and was facing 10 to 40 years or life in prison. Murder in the second degree is punishable by six to 30 years and fines of up to $15,000.