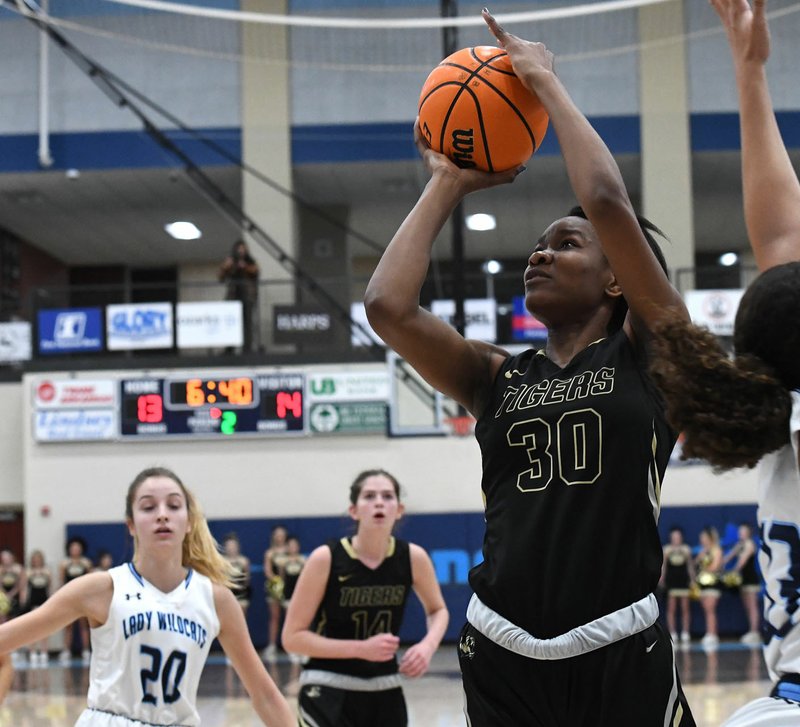 Natalie Smith scored 20 points as Bentonville opened 6A-West Conference play with a 65-46 victory over Springdale Har-Ber at Wildcat Arena. Smith's production was especially important in the first half when Maryam Dauda, Bentonville's 6-foot-4 junior center, was called for three fouls.

Dauda finished with 20 points after being charged with only one more foul in the second half. Hayes and Brown each finished with eight points.

"With Dauda picking up three fouls in the first half, I couldn't be more pleased with our guards," Bentonville coach Tom Halbmaier said. "They took care of the basketball and hit perimeter shots. That was a good start for us, especially on the road."

Dauda avoided additional fouls in the third quarter when she opened the second half with a fastbreak layup. Smith continued her hot shooting with another 3-pointer as Bentonville extended its lead to 48-32 after three quarters.

Tuesday's conference opener matched 6A-West teams with the most wins beginning league play. Har-Ber stayed close for awhile with a team that started only one senior. But Bentonville's experience and balanced scoring enabled the Lady Tigers to control much of the game.

Dauda was charged with her fourth foul with six minutes, 55 seconds left in the fourth quarter. But the Lady Tigers held a 50-34 lead at the time and completed an important road victory to begin league play.

[Don't see the gallery above? Click here to view the photos from the game.]