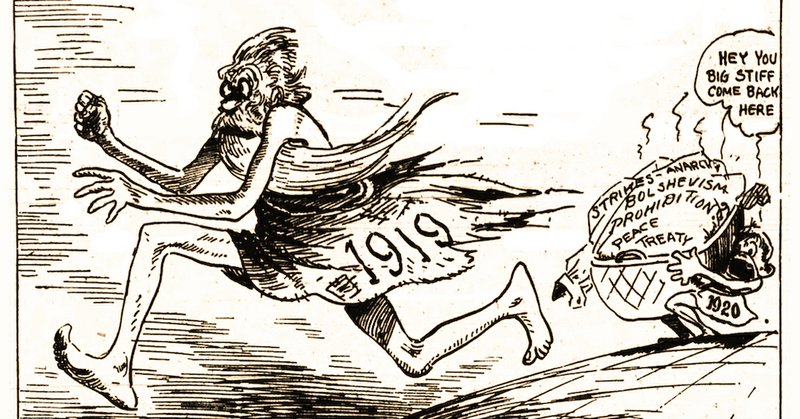 In March, Americans will begin receiving notices in the mail about the 2020 Census.

One hundred years ago this week, Census enumerators — people who count people — began going door to door to collect the 1920 Census, the nation's 14th population canvass and its first conducted during winter. The 1920 count also was the first to employ women as supervisors.

The Arkansas Gazette and Arkansas Democrat were full-throated in their support, reminding readers every day why they ought to cooperate to make "a good showing" for the city and the state.

Every 10 years, the U.S. government counts everyone in the states. According to information on the Census Bureau website, data collected are used to allot more than $675 billion in public funds annually to communities for programs that affect housing, education, transportation, employment, health care and public policy. The population counts also are used to redraw congressional and state legislative districts, and they determine how many representatives each state gets in the U.S. House.

For example, Arkansas has four congressmen today, but from 1903 through 1953 the state had seven (7). What happened to those three other congressmen? We lost them with the droves of Arkansans who emigrated between 1940 and 1960, to escape poverty and Jim Crow.

Today's respondents can answer the 2020 Census by hand or online, or they can call in their responses. In 1920, enumerators went door to door as a matter of course. They did not let the people write any answers in their survey books — lest they see the confidential information collected from their neighbors. Many people couldn't write anyway.

Don't be afraid of them.

When the enumerators call at a house they will carry books and leather paper cases but should not be mistaken for book agents.

We used to call book agents "door-to-door salesmen" but an older word is "drummers." The footsore population of door knockers has declined dramatically since its heyday in the past century, so much so that today's day-sleeper is disturbed more often by the Amazon delivery guy than by perky Bible sellers and home-alarm marketing men. Direct-sales jobs persist, but gone are the days when a clever member of the tribe snookered your penurious grandfather and all the homeowners on his block into majestically unnecessary sets of encyclopedias.

Back to the 1920 Census. The Gazette was particularly concerned that women would:

1) Refuse to open the door.

2) Lie about their ages.

Women are hereby given due warning that they must give their exact ages to the enumerator, but they may do so with the assurance that the enumerator is required by law not to divulge any information thus obtained, not even in court.

In its reports explaining the Census, the Democrat evinced less concern about feminine vanity. Both papers published a news release noting that most of the 48 enumerators area supervisor R.E. Lee had assigned to canvass Little Rock were female. The Gazette added:

They include many women of well-to-do families who are interested in seeing that the city is benefited by a complete tabulation of the population.

No one need fear to answer truthfully and completely the questions which the census man is required to ask, for he is not a prosecutor, a tax booster or a newspaper man, and what he finds out simply is used to make up our national inventory in the form of statistics which are filed away in the "archives" at Washington. ... If you doubt his identity, make him show his credentials from the government. But once he is identified, tell it all to the census man.

Across the 5th Congressional District, J.E. Chambers was supervising 203 enumerators — 78 of those in Pulaski County. They had two weeks to survey cities but four weeks to complete the count in farm country. According to a report in the Jan. 2 Gazette, the Census workers earned up to 4 cents per person interviewed, but there was a higher rate for interviewing farmhands.

Isn't this boring? I think so, too. Let's flirt with controversy. Here, according to the Jan. 2, 1920, Democrat, are the questions everyone was to answer:

◼️ Birthplace of the person enumerated and birthplaces of father and mother, giving names of both country and province, if foreign-born

◼️ Whether able to read

◼️ Whether able to write

◼️ Whether able to speak English

Persons "of foreign birth" were asked about additional points:

◼️ Year of immigration to the United States

◼️ Whether naturalized and, if so, the year of naturalization

Those were the questions asked of city-dwellers. For people on farms, there were extra questions: acreage and value of the farm; whether the farmer owned, rented or partly owned and partly rented the land; the value of the buildings, machinery and implements belonging to the farm; the quantity of all crops raised on the farm during the year 1919 — "and many other questions which cover all possible farm operations."

What will the form ask today? You can see a sample here. The form wants the number of people in the household as of April 1; whether the place is owned outright or mortgaged, rented or occupied for free; and a telephone number. For each person, the card wants their name; whether they usually stay someplace else and if so where; how they are related to the first person listed; sex; age and date of birth; whether they are Hispanic; and, finally, race.

Was the Gazette in the least justified in its assumption that women would lie about their ages? Judging by a report in the Jan. 5 paper, mmmm, could be. Unnamed enumerators reported that in two days of going door to door they had indeed met women who resisted giving their ages and others who appeared to be older than the ages they gave.

One woman gave the ages of all her children and finally was prevailed upon to give her own age. When the enumerator checked up, he found she was just eight years older than her eldest son.

Not sure what to say about that besides, “Ha!"