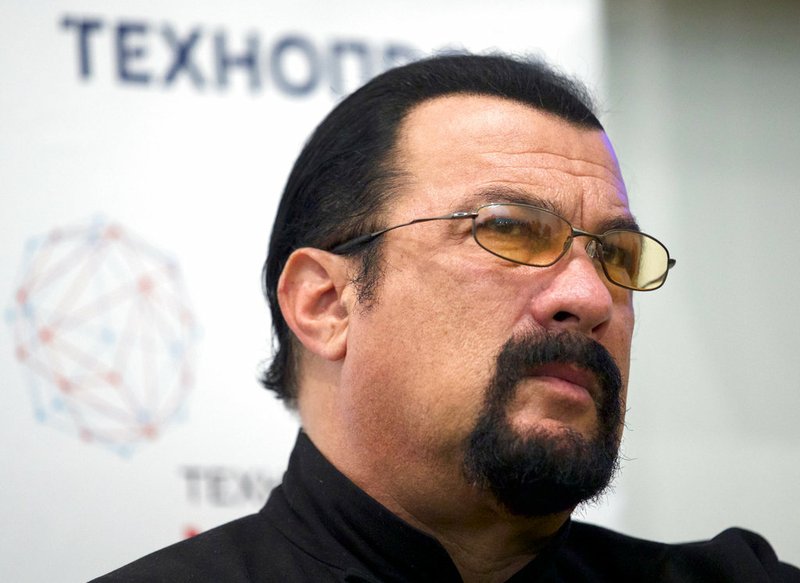 In this Sept. 22, 2015, file photo, actor Steven Seagal speaks at a news conference, while attending an opening ceremony for a research and development center in Moscow, Russia. (AP file photo)

• Steven Seagal may have starred in Above the Law, but it turns out he isn't in real life. The 67-year-old Hollywood actor, who also appeared in Under Siege, became the latest celebrity punished by the Securities and Exchange Commission for failing to disclose that he was being paid to promote a digital token. Seagal was promised $250,000 in cash and $750,000 worth of tokens for touting an initial coin offering from a company called Bitcoiin2Gen, the SEC said in a statement Thursday. In social media posts, Seagal urged fans not to miss out on the token offering. A news release also identified him as Bitcoiin2Gen's brand ambassador. Seagal, who now lives in Moscow, agreed to settle the SEC's allegations without admitting or denying wrongdoing, and will pay a $157,000 fine and the same amount in disgorgement, the regulator said. "Mr. Seagal cooperated fully with the SEC's investigation, and this matter is now behind him," his lawyer wrote in an email. "He looks forward to continuing his life's work as an actor, musician, martial artist and diplomat." Celebrity endorsements of coin offerings -- in which companies raise money by selling digital tokens instead of shares -- became increasingly common as Bitcoin surged to a record high in 2017, prompting the SEC to publicly warn that pitches could be unlawful if the famous backers' compensation wasn't disclosed. Others -- including boxer Floyd Mayweather and music producer DJ Khaled -- were punished by the SEC for failing to disclose that they had received payments for hyping initial coin offerings. Mayweather, one of his sport's most recognizable personalities, agreed to pay more than $600,000 to settle with the regulator, while DJ Khaled agreed to pay more than $150,000.

• Rocker Billy Idol is the face of an anti-idling campaign launched this week in New York. "Billy never idles, so why should you?" the '80s MTV star growls in a public service announcement intended to shame New Yorkers into shutting the engine off. The platinum-haired British American singer of "White Wedding" led a chant of "Shut it off! Shut it off!" at a news conference Thursday announcing the campaign in front of City Hall. City officials said the $1 million #Billyneveridles campaign will include billboards, TV and radio spots and social media ads. "If you're not driving, shut your damn engine off!" Idol says in the public service announcement. "I mean, bollocks, are you trying to choke us all?" New York law prohibits idling longer than three minutes, or one minute in front of a school. 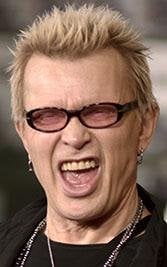 This Oct. 24, 2019 file photo shows Billy Idol at the Los Angeles premiere of "The Irishman." (Photo by Richard Shotwell/Invision/AP, File)