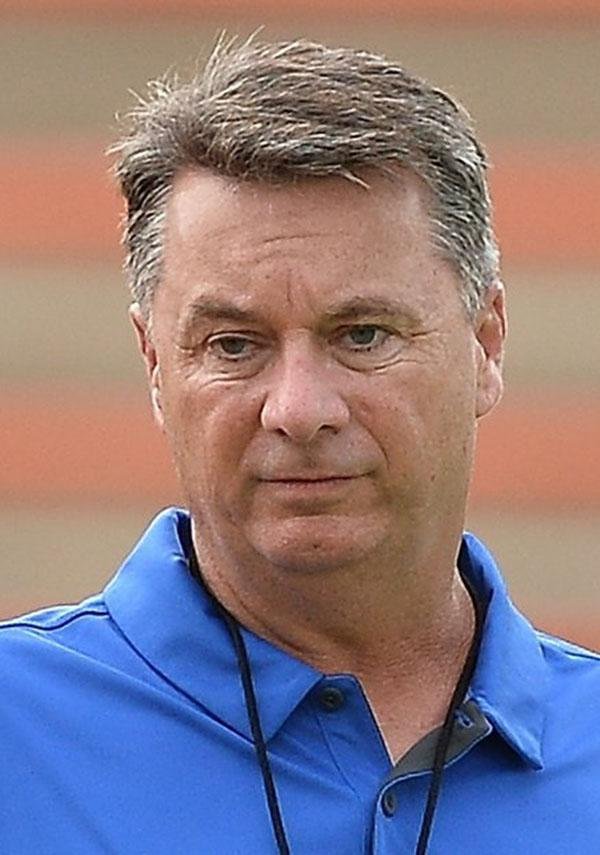 Almost a month after leaving North Little Rock, Jamie Mitchell was hired Thursday as the new head football coach and athletic director at Shades Valley High School in Irondale, Ala., a suburb of Birmingham.

Mitchell, 53, was 53-12 in five seasons at North Little Rock from 2015-19. He led the Charging Wildcats to four consecutive Class 7A state championship games and won the 2017 Class 7A title.

Over 23 seasons as a head coach in Mississippi and Arkansas, Mitchell is 215-72.

"He's trying to make it a great district," Withrow said. "He's doing whatever it takes to make the athletic programs better."

Withrow appreciated his time at Sylvan Hills and thanked Principal Tracy Allen and Athletic Director Denny Tipton. However, it was time for Withrow to move on, he said.

"I was ready for a little bit of a change, but I loved my time here at Sylvan Hills," Withrow said. "My kids grew up here. But it was time to do something different."

Effective for the 2020-21 school year, Hall will become Hall STEAM Magnet High School. STEAM stands for science, technology, engineering, arts and math. Withrow said Thursday that he won't know how many players he'll have for the 2020 season until the school goes through its admissions process.

"He rebuilt Mills when they were down," Daniels said. "He's had a winning record at Sylvan Hills. He's been in the playoffs eight straight years."

Withrow knows he has a tough challenge ahead with Hall, which will drop to Class 5A from Class 6A for the 2020 and 2021 seasons. Under Kipchoge VanHoose, the Warriors went 2-8 last season. In addition, the Warriors have not had a winning season since 1993 and have not won a state championship since 1982 when they earned the then-AAAAA title.

"Once they realize they can compete, they're going to be okay," Withrow said. "That's the way it was at Mills. That first year, they had to win a little bit and compete. You have to get some breaks. By year two, we went into West Memphis and won.

"You have to teach them how to compete."