New 10-year transit plan for Northwest Arkansas is about ready 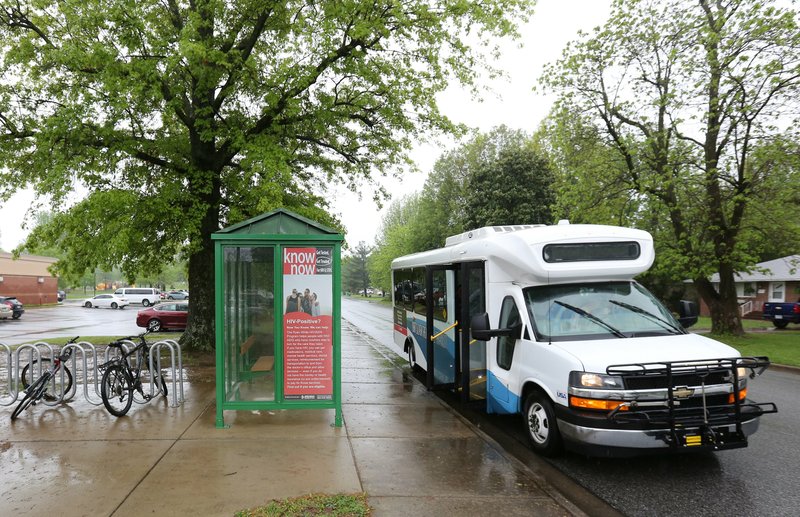 An Ozark Regional Transit bus pulls away Thursday, April 25, 2019, from the stop at the Springdale Public Library.

SPRINGDALE -- A 10-year public transportation plan for Northwest Arkansas will roll out over the next two months, regional planners told the Ozark Regional Transit board Thursday.

Work on Connecting Northwest Arkansas began about a year ago. The $280,000 study and plan, done by Alliance Transportation Group, was commissioned by the Northwest Arkansas Regional Planning Commission. The region last adopted a transit plan in 2010.

Most of the Connect Northwest Arkansas public transportation plan is available on the Northwest Arkansas Regional Planning Commission website for those who want to check it out, according to Celia Scott-Silkwood. Chapters on funding and implementation are expected to be added shortly. Here’s the link: www.nwarpc.org/transit/connect-northwest-arkansas/.

Tim Conklin with regional planning said the information will first be presented to stakeholders and regional transit officials March 19. Presentations will then be made to officials in Bentonville, Fayetteville, Rogers and Springdale, which have fixed-route transit. The plan should go before regional planning for adoption April 22.

The study looks at regional goals and objectives for public transit, route designs, local and regional funding sources, performance measures and targets, levels of service and what areas should be served by transit, according to Tim Simon of Alliance. Land use and housing were also considered, he said.

"For those cities north of Fayetteville, what we see being recommended is a substantial increase and expansion of service beyond what you currently have today," Conklin said. "For example, in Bentonville you're going from one fixed route to six or seven -- I'm not saying next year, but what's recommended long term."

The plan doesn't include bus rapid transit or light rail options, which have proven to be cost-prohibitive and problematic to implement, Conklin said.

"We need to focus on how to improve our public transportation bus service first, before we jump into a billion-dollar system that may get you up there every 10 minutes but once you get off of it there's no way to get to your destination," Conklin said.

Alliance was selected based on its past experience and expertise in transit planning, ridership forecasting modeling and its record of completing plans that can be implemented, Conklin said. Allied has worked at the local and state level in Arkansas and is working on numerous projects in the United States, including Austin, Texas, and Boulder, Colo.