The Sun Belt Conference levied a $15,000 fine to the University of Arkansas at Little Rock last week in response to violations of conferemce rules regarding the Trojans' men's basketball game against in-state rival Arkansas State University on Feb. 8 in Little Rock.

The Arkansas Democrat-Gazette on Wednesday requested and obtained from Lee letters of communication between the league and UALR.

The league learned that ASU was not able to practice in the Jack Stephens Center the day before the Feb. 8 game against UALR, while the Trojans did, and that UALR Coach Darrell Walker directed "unsportsmanlike comments" toward ASU Athletic Director Terry Mohajir after the game, according to the letter.

"In retrospect, the aforementioned comments seem to indicate there was some malice in the decision by the Little Rock coaches to practice on the main floor although Arkansas State's team was not afforded the same practice opportunity," Gill wrote.

Lee told the Democrat-Gazette on Wednesday that UALR did not appeal the fine but felt the amount was too strong.

"I personally think that was too high," Lee said. "I think they're trying to send a message to all the different schools that if you're not going to do the right thing, you're going to pay the price for it, and that's a pretty stiff fine for somebody at our level."

League rules stipulate that the host team must make the game court available to the visiting team for practice the day before a game, and should the court be unavailable, then the host team cannot practice on it either, a rule that was put into place in May 2017.

Prior to the Feb. 8, game, Lee said UALR informed ASU on Feb. 4, that both teams were not going to be able to practice on the main court the day before the game due to setup for a men's wrestling meet against Arizona State that was scheduled the night of Feb. 7 in the Jack Stephens Center. Instead, both teams were set to practice in UALR's practice facility inside the Jack Stephens Center.

However, late Feb. 6, UALR coaches asked the facilities staff if it could hold off on wrestling setup on the game court until mid-afternoon the next day so that the Trojans could hold practice before. UALR ended up practicing early that afternoon on the game court, but the Red Wolves were not notified in time so that they could as well, according to Sun Belt documentation.

Lee didn't believe there was any ill-intent by UALR and said it was simply "miscommunication."

Furthermore, in a previous letter sent to UALR on Feb. 10, Gill wrote to Lee that the league was informed Walker had said, "Take that s*** back to Jonesboro," as the head coach shook hands with the ASU team at the conclusion of the game.

Mohajir told the Democrat-Gazette on Wednesday that he didn't know who the comment was directed toward and that Walker never approached him after the game.

"I have no idea who he was talking to," Mohajir said. "I just know I was sitting there [behind our bench] with my [chancellor] and [one of] my board of trustees -- we were all sitting there -- and [Walker] never came and said a word to me."

However, in Lee's response to the Sun Belt on Feb. 12, the UALR athletic director alleged that ASU Coach Mike Balado also made a derogatory comment during the game that was directed toward UALR sophomore point guard Markquis Nowell.

"While investigating the complaint filed with the conference, I learned that during the game, Arkansas State Coach Balado called our 5-7 point guard, Markquis Nowell, a 'midget,' " Lee wrote. "Understandably, Markquis was very upset by the comment and Coach Walker in turn was frustrated. We did not intend to bring up the comment from Coach Balado, but I feel it is necessary at this point to provide some contextual evidence that Coach Walker was somewhat baited into this situation."

"I would never make a derogatory remark to another team's player," Balado said in a statement. "We're moving on from this and focusing on basketball."

"No one from the conference office nor Little Rock has ever communicated that to me or our athletics department," Mohajir said. "If it had been, myself or Mike would have addressed it with a response in a professional manner."

In that initial letter on Feb. 10 -- two days following UALR's 90-87 victory over ASU -- the league had detailed multiple reported complaints against UALR concerning the Feb. 8 game, the most notable being the practice situation.

"It is troubling that this situation has occurred and how it is resolved speaks directly to how we intend to treat each other as conference colleagues," Gill wrote in the letter.

The Red Wolves lost the rematch with UALR 81-78 on Saturday in Jonesboro. 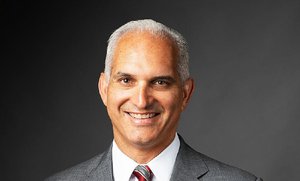