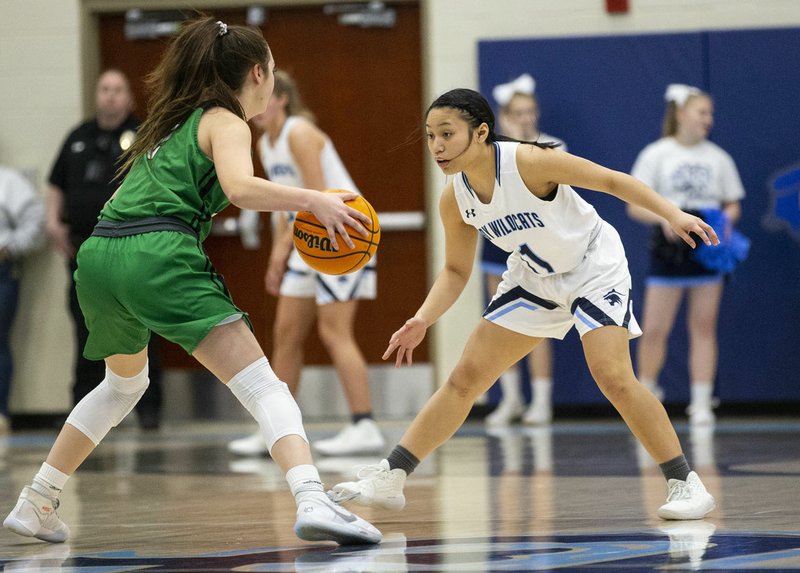 SPRINGDALE -- Pacious McDaniel bounced up off the floor with a smile a mile wide and an emphatic double-fist pump after drawing a charging foul late in the fourth quarter.

The Springdale Har-Ber freshman had every reason to celebrate Friday night, scoring 13 of her 21 points in the fourth quarter as the Lady Wildcats rallied from 10 points down to knock off Van Buren 66-60 in 6A-West girls basketball.

"We are so young, we only have one senior on our team, so they all played like they had ice in their veins," said Har-Ber coach Kim Jenkins.

McDaniel powered through the Van Buren defense for five layups in the final quarter, and two of those resulted in drawing a foul in addition to the bucket, and she hit her free throws to complete the three-point play. But her biggest play in the final eight minutes may have been a forced tie ball after a Har-Ber (19-6, 9-3 6A-West) missed free throw. That allowed the Lady Wildcats to keep possession. On the next play, her three-point play gave Har-Ber the lead for good with 22 seconds left.

Van Buren (8-17, 2-10) hung tough despite losing top scorer Lexi Miller to fouls near the end of the third quarter. Brooklyn Kannady picked up the scoring slack and finished with 22 points for the Lady Pointers.

Har-Ber also got a huge fourth quarter from junior Kania Starks, who scored all six of her points in the final three minutes.

"I thought Kania Starks came back in the game and really gave us a spark after having some foul trouble," said Jenkins. "She made a three, had another drive. She did some great things."

Jenkins said her team came out flat and fell behind 42-32 late in the third quarter before sophomore Caylan Koons started the fourth-quarter charge. Koons scored 22 points before fouling out with 2:06 left in the game. Her 3-pointer from the right corner fueled an 8-0 run to help Har-Ber tie the score at 44-44 with 5:15 left. It was close the rest of the way.

Har-Ber will be on the road to Rogers High on Tuesday before finishing the regular season at home next Friday against Fayetteville where the No. 2 seed in the conference could be at stake. Van Buren will travel to Bentonville West on Tuesday. 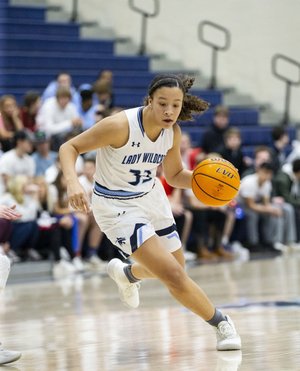 The Lady War Eagles outscored the Lady Wolverines 20-9 in the second quarter to grab a 12-point halftime lead en route to the win.

Heritage led 29-17 at halftime and extended that advantage to 40-25 after three quarters.

Bella Irlenborn had 14 points to lead a trio of Bentonville players in double figures as the Lady Tigers rolled past Rogers inside Tiger Arena.

The win gives Bentonville (23-1, 11-0) has clinched at least a share of the league title and the conference's No. 1 seed for the Class 6A state tournament, which begins March 4 in Bryant. The Lady Tigers can clinch the outright league championship with a win or a Fayetteville loss in the last two games of the regular season.