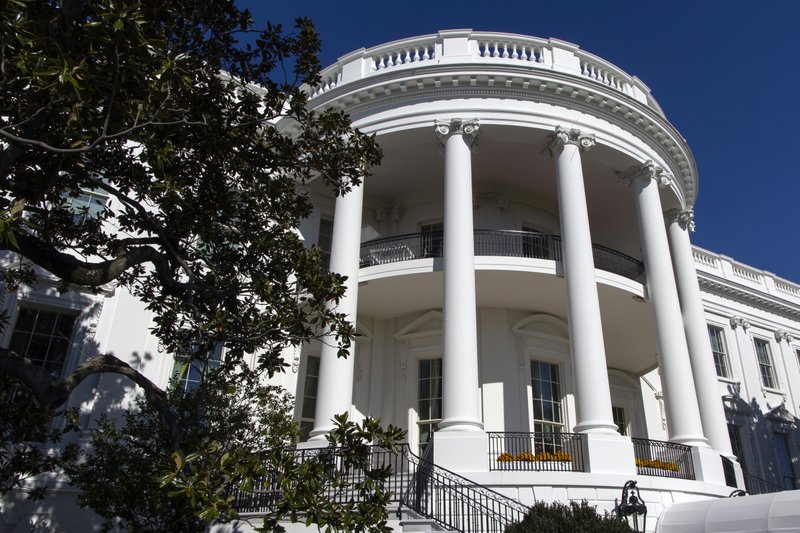 FILE - In this Nov. 3, 2019, file photo, the south side of the White House is pictured before President Donald Trump arrives. Victoria Coates, a top official on the National Security Council, is being reassigned amid fallout over the identity of the author of the inside-the-White House tell-all book by "Anonymous." (AP Photo/Jon Elswick)

WASHINGTON -- Victoria Coates, a top official on the National Security Council, is being reassigned amid fallout over the identity of the author of the inside-the-White House tell-all book by "Anonymous."

Coates, who serves as national security adviser for the Middle East and North Africa, will be joining the Department of Energy as a senior adviser to Secretary Dan Brouillette, the NSC announced Thursday.

The move comes amid renewed speculation about the author of the book, A Warning, and a New York Times essay that were deeply critical of President Donald Trump, written under the pen name "Anonymous."

But a senior administration official insisted the move had nothing to do with the speculation, saying top White House officials reject rumors that have circulated in recent weeks suggesting Coates is the author. The move, they said, has been in the works for several weeks.

"We are enthusiastic about adding Dr. Coates to DOE, where her expertise on the Middle East and national security policy will be helpful," Brouillette said in a statement. "She will play an important role on our team."

"While I'm sad to lose an important member of our team, Victoria will be a big asset to Secretary Brouillette as he executes the President's energy security policy priorities," Robert C. O'Brien, who leads the NSC, added.

Since his acquittal on impeachment charges, Trump has ousted staffers at the National Security Council and State Department and pulled the nomination of a top Treasury Department pick who had overseen cases involving Trump's former aides as a U.S. attorney.

At the same time, Trump has been bringing back longtime aides he believes he can trust as he heads into the general election campaign.

Trump this week renewed questions about the identity of "Anonymous" when he told reporters that he knew who it was. Asked whether he believes the person still works at the White House, Trump responded: "We know a lot. In fact, when I want to get something out to the press, I tell certain people. And it's amazing, it gets out there. But, so far, I'm leaving it that way."

White House spokesman Hogan Gidley declined to say Wednesday why, if Trump knows the person's identity, they would still be working in his administration.

In the book, published by the Hachette Book Group in November, the writer claims senior administration officials considered resigning as a group in 2018 in a "midnight self-massacre" to protest Trump's conduct, but ultimately decided such an act would do more harm than good.