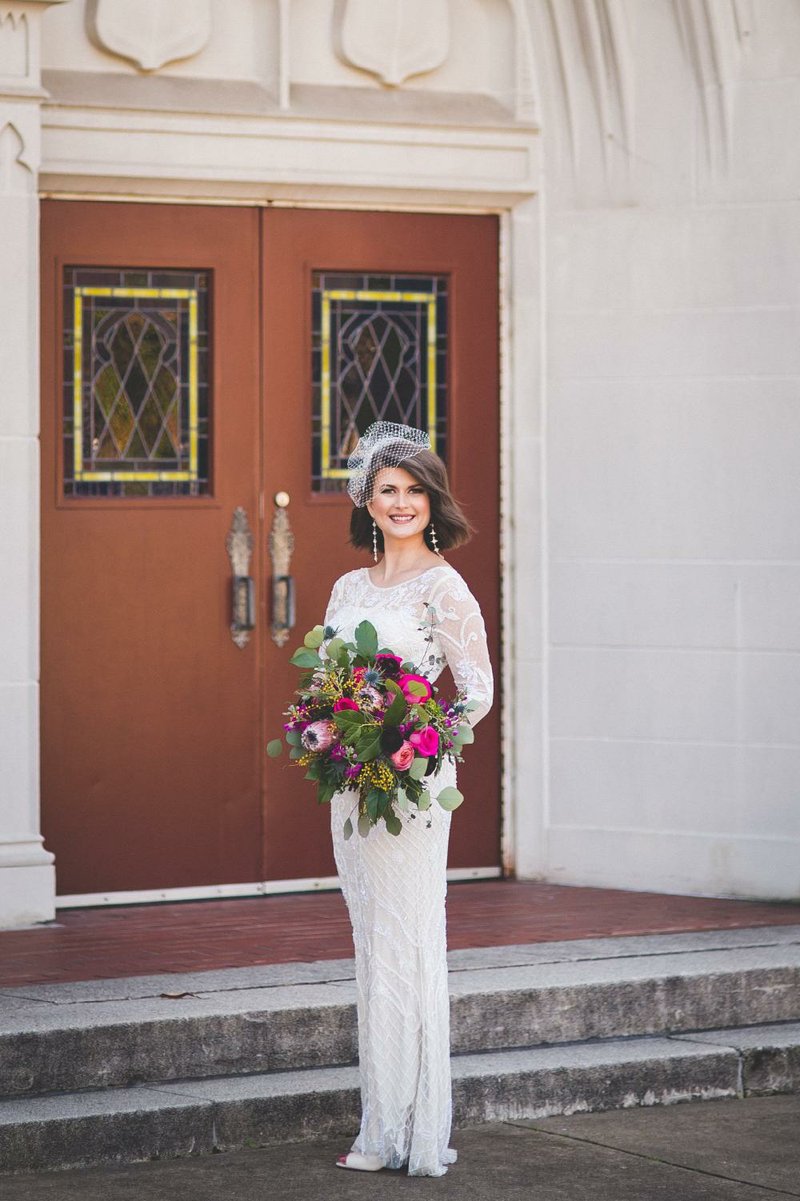 The bride, escorted by her father, wore an ivory long sleeve vintage-inspired sheath embellished with intricate beading in scroll and honeycomb patterns. Her tulle birdcage veil was embellished with scattered crystals. She carried a hand-tied bouquet of Dutch stock, green hydrangea, dianthus, pink protea and craspedia in jewel tones.

Heather Davis of Little Rock was her sister's matron of honor. She wore a short sleeve, emerald green, pleated-satin gown. Bridesmaids were Danielle Hoefer of Little Rock, who was dressed in a burgundy silk gown, and Victoria Wilson of Mobile, Ala., who wore a navy velvet gown. They carried smaller versions of the bridal bouquet. Jennifer Davis of Hatfield, sister of the bride, was an honorary bridesmaid.

Flower girl and ring bearer were Sunny Burditt of Memphis, niece of the groom, and Jasper Eddy of Little Rock.

Serving as groomsmen were Ross Rose of Memphis and Paul Fennig and William Gruber, both of Little Rock. Guests were seated by Jordan Thomas of Little Rock and Eric Bork of Omaha, Neb.

A reception was held at South on Main. Tables held low arrangements of jewel-tone wedding flowers. Music was by vinyl DJ Michael Shaeffer.

The groom has a bachelor's degree in political science and theater from Lyon College, a master's degree in public service from the Clinton School of Public Service and a law degree from the Bowen School of Law. He is a lawyer with the Johnson Firm and a documentary filmmaker with Mudroom Films.

The couple will live in Little Rock after a honeymoon in New Orleans.