ON BOOKS: Dog lover writes a book to be taken lightly 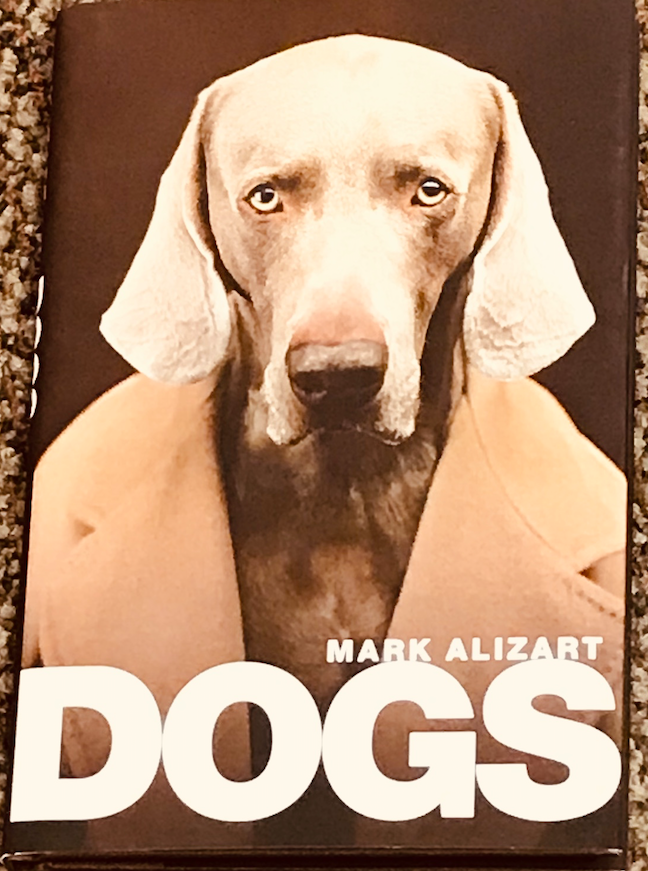 All dogs go to heaven, according to the 1989 animated fantasy of the same name featuring the voice of Burt Reynolds.

Martin Luther believed that; Billy Graham thought that if one's perfect happiness required one's dog to be present, then one's dog would be present in heaven. C.S. Lewis once wrote that he believed "certain animals may have immortality, not in themselves, but in the immortality of their masters."

You could read Lewis' statement as suggesting that our dogs are largely the product of our projections; it's true that we manufacture our pets' fictive personalities and ascribe to them motives that they mightn't necessarily hold.

Why does Paris follow my wife into the kitchen? Probably because Paris has been conditioned to expect that tasty things sometimes fall from the sky. But why does Paris suddenly leap up from the couch in the middle of the evening and trot upstairs, leaving the rest of her pack alone for half an hour before returning? Even in our most sensible-seeming (to us) pet there is residual mystery.

A dog is not a person, but having lived with people for so long, dogs have developed certain coping strategies and co-dependencies. Even if we want to argue that they have no immortal soul, it is difficult for our kind to imagine paradise without them. So we populate our dreams of heaven with dogs.

French philosopher Mark Alizart's charming and brief Dogs: A Philosophical Guide to Our Best Friends (Polity Press, $16.95), the English translation (by Robin Mackay) of his 2018 book Chiens, spends little time contemplating the afterlife of dogs. It is more concerned with the place they occupy on earth, which is somewhere between the feral realm of animals and our civilizations.

Alizart, being a French philosopher, would have us consider the dog's "dialectical nature," by which he means they are between nature and culture, a bridge between worlds. A dog is not trapped between two worlds, but able to navigate between them -- they hold dual citizenship.

After all, as wife Karen says, they understand our language well enough; we're the ones who have trouble parsing yips and whines. I know that my dog Bork had an English vocabulary of hundreds of words; our terriers seem similarly equipped. It is we who are uncomprehending -- don't you think Lassie got annoyed when it was so hard to get people to understand that stupid Timmy was once again trapped in the well?

Anyway, dogs -- which Luther said would be more appreciated as God's greatest gift to man were they not so common -- don't get much respect. Alizart points out that no nation has a dog as a national symbol ("even the English, with their Churchillian bulldog and the Queen's corgis at hand, gave preference to the lion") and that the only U.S. president to not own a dog regularly uses "dog" as a term of opprobrium.

Dogs have not always been treated well in literature; even heroic dogs like the aforementioned Lassie and Rin Tin Tin are depicted as creatures of blind obedience. They are barely mentioned in the Bible, and La Fontaine's fable "The Wolf and the Dog" posits the wolf as a free and spirited creature and the dog a denatured facsimile, servile and dull. But, Alizart writes, "as the biologist Stephen Budiansky quips, the question answers itself: wolves once ruled over all the forests of the world, but there are only a few thousand left today, whereas there are hundreds of millions of dogs ..."

Dogs, as any cat person will tell you, sometimes fawn. But is their fawning a cynical strategy to elicit more treats, attention and affection? Perhaps. Dogs have their own intelligence, and their eyes on us. They are probably the only animals who can watch our eyes and know where we are looking. They know how to seem interested in us, which is at least as viable a survival strategy as a cat's seeming indifference to the ways of the two-leggers. They have positioned themselves not as servants but as companions, as members of the family.

As befits a not entirely serious book -- Alizart is definitely dog-smitten, and the book is little more than a discursive love letter to a pet that died too young -- it lightly skips through history. Yes, Mikhail Bakunin, the Russian revolutionary anarchist, once wrote a pamphlet called "Anarchism for Dogs," in which he proposed all dogs be freed from masters regardless of whether they wanted to be free or not, but it was a tongue-in-cheek effort, not meant to be taken seriously.

And, because Alizart is a philosopher, there are moments when the book gets woolly. After grazing off Franz Kafka's mostly lost novella Investigations of a Dog, he announces: Dogs know our shame: this is their secret and the reason why they say nothing. And it is also, no doubt, why sometimes we can blame them -- blame them for knowing so much about us. This is why we prefer to hide them away. It's the reason why dogs appear so little in our culture -- or only as a travesty, in the form of a lion or a bear, symbols of an aspirational, imperial, properly masculine phallus, celebrated in the form of denial, whereas in reality dogs are everywhere, the dog is in us, the dog is us.

We can try to unpack that, but I'd rather not.

Dogs have an intimate connection with humans. We like dogs.

And so we like Dogs. But it's a book that should be read quickly and taken lightly as a dog takes life. 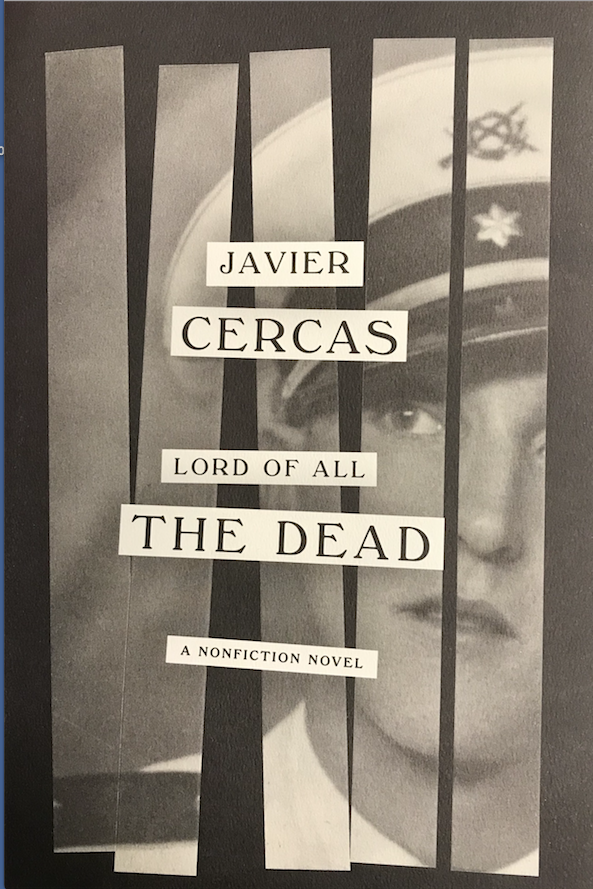 A couple of books we've been meaning to get to are Javier Cercas' Lord of All the Dead: A Nonfiction Novel (Knopf, $26.95) and Constance Fenimore Woolson: Collected Stories, edited by Ann Boyd Rioux (Library of America, $40).

The former is by a Spanish newspaper columnist for the left-of-center daily El Pais (and novelist -- I remember his Speed of Light from 2005 and The Anatomy of a Moment from 2011) writing about his great-uncle Manuel Mena, who fought for the fascist Francisco Franco in the Spanish Civil War and died what was proclaimed a hero's death in the Battle of the Ebro at the age of 19.

What's most interesting about this book is that it seems to have been written in response to a challenge by a friend, filmmaker David Trueba, who suggested that in Cercas' novel Soldiers of Salamis he had "invented a Republican hero to hide the fact that your family's hero was a Francoist."

Lord of All the Dead is an unflinching excavation of what might be cast as a "beautiful death," in which Cercas eventually reconciles himself to his ancestor, a "man of flesh and bone, a simple self-respecting muchacho disillusioned of his ideals and a soldier lost in someone else's war, who didn't know why he was fighting any more." 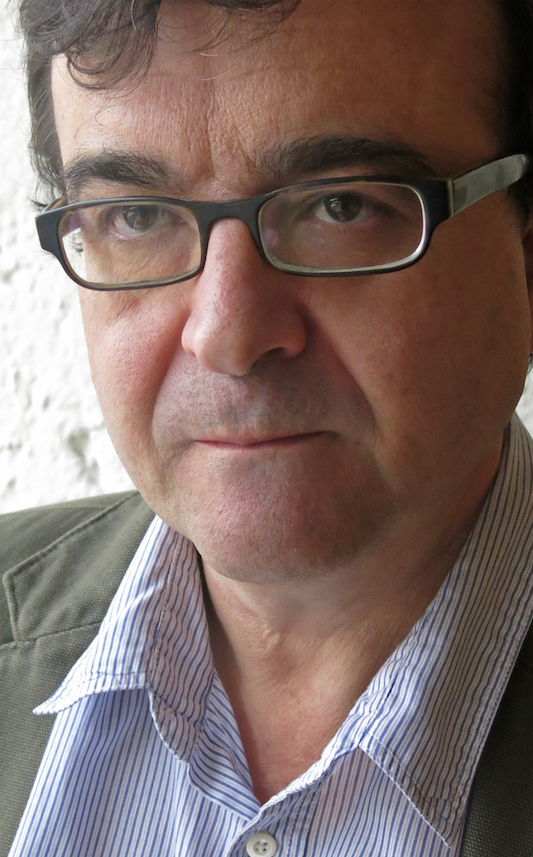 Cercas was familiar to me as a novelist preoccupied with the Spanish Civil War, but this work resonates more than his well-designed novels ever did.

On the other hand, I only knew Woolson through her association with Henry James, with whom she may have been romantically infatuated if not actually involved.

I subscribed, without knowing why, to the common perception that she committed suicide in Venice in 1894 partly because she was in despair over James' inattention. (Rioux, Woolson's biographer as well as the editor of this volume, credits James' biographer Leon Edel with creating this myth. Rioux believes there were many reasons she killed herself, and that James might not have figured in it much.)

So I relegated her to the realm of 19th-century writers I had neither time nor inclination to read. Collected Stories is the remedy for that condition. Woolson is one of those great ignored American writers, a writer of amazing stories that have a lucid spark and a keen wit. She was serious, and worthy of being considered along with James and William Dean Howells -- though she was a lot more fun.