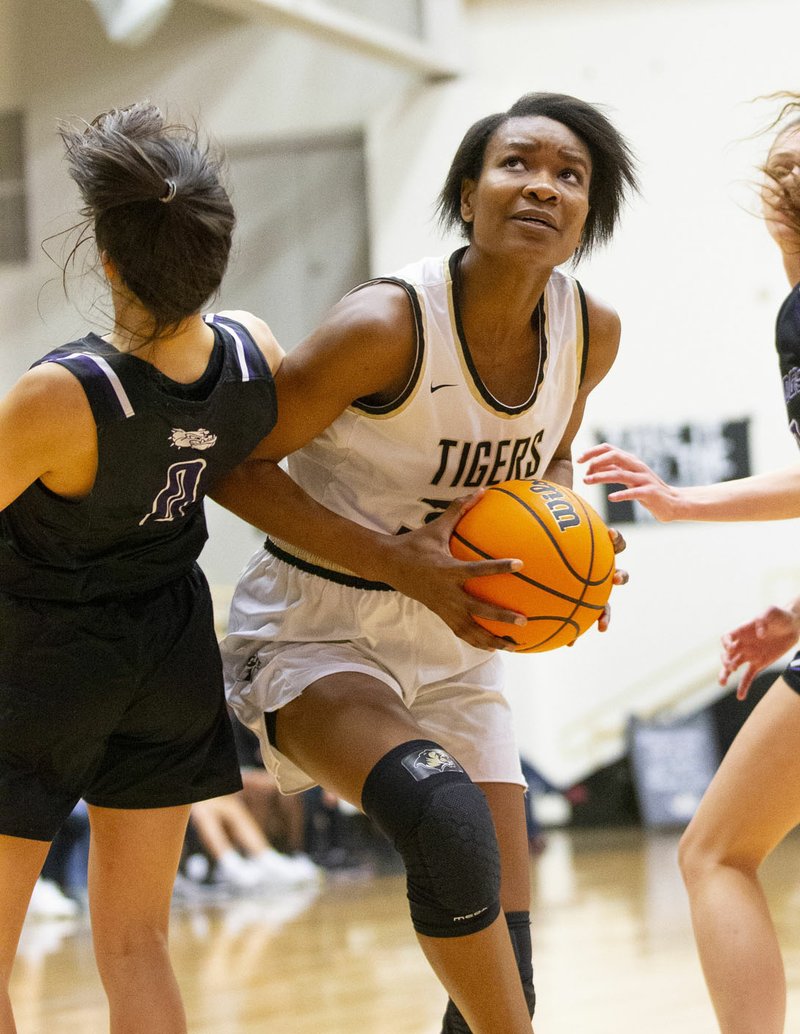 BENTONVILLE -- Maryam Dauda is rated by several national scouting services as the top post player in the country in the 2021 recruiting class.

Those services should not overlook her perimeter game, either.

The Bentonville High junior scored a game-high 17 points and eclipsed the 1,000-point mark for her career on Friday night as the Lady Tigers routed Fayetteville 47-27 in a 6A-West Conference blowout in Tiger Arena.

The 6-foot-4 Dauda blocked 6 shots and basically shut down Fayetteville's inside game, but that wasn't what had her smiling after the game after receiving congratulatory hugs on reaching her scoring milestone.

Midway through the second quarter, Dauda stepped out to the 3-point line at the top of the key and buried a triple that ended a 10-0 Bentonville run that pushed its lead to double-digits at 22-11. She said she knew at that point it was going to be the Lady Tigers' night. 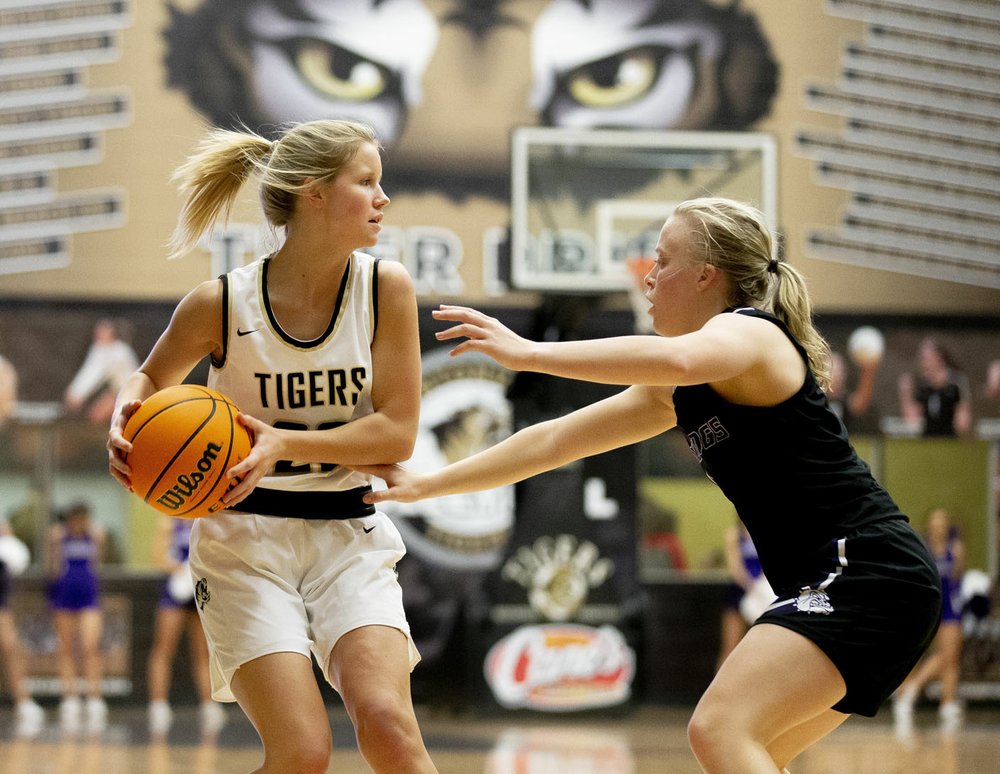 "It felt good. It felt really good," said Dauda of her 3-pointer. "That was for all the post players out there. Just work on your shot and make sure everyone respects your shot from the 3-point line. Once you start making those, everyone will respect your game."

Fayetteville (19-5, 9-2) jumped out to a 6-0 lead to start the game and Bentonville looked like it might be in trouble when sophomore point guard Jada Brown picked up two quick fouls. Lady Tigers coach Tom Halbmaier left Brown in the game, and she did not pick up another foul the rest of the way.

"It was one of those deals where it was yes and no," Halbmaier said on whether to sit Brown or let her play through. "This type of game, she was made for this. She's so aggressive. That was probably the best thing that could have happened to her, picking up those two fouls. She kind of settled down and said 'Hey, I'm going to have to play with more control if I'm going to stay in the game.'"

Dauda was spot-on with her confidence because after her 3-pointer, Bentonville was really never seriously threatened. The Lady Tigers cruised to a 27-15 lead at halftime, then opened the third quarter on a 13-0 run and a 40-15 lead on Natalie Smith's 3-pointer.

"When I hit that three, I just knew right then," Dauda said. "I just got into a flow right there and I knew it was going to be a good game."

Dauda, who now has 1,013 career points, was the only Bentonville player in double-figures, but Smith finished with 9 and Rylie Hayes scored 8 in a balanced offense.

Bentonville will take on Rogers on Tuesday, while Fayetteville will host Springdale High with three games left in the regular season.

The Lady Wildcats jumped to a 19-4 lead after a quarter and cruised to the 6A-West Conference win.

Sophie Nelson added 11 and Kania Starks 9 for the Lady Wildcats. Jada Curtis and Laynee Tapp scored 8 points each to lead the Lady Wolverines.

The Lady Mounties jumped to an 18-3 lead after a quarter and rolled to the victory.

Alex Pabon poured in a game-high 22 points, including 15 in the second half to help the Lady War Eagles claim the win.