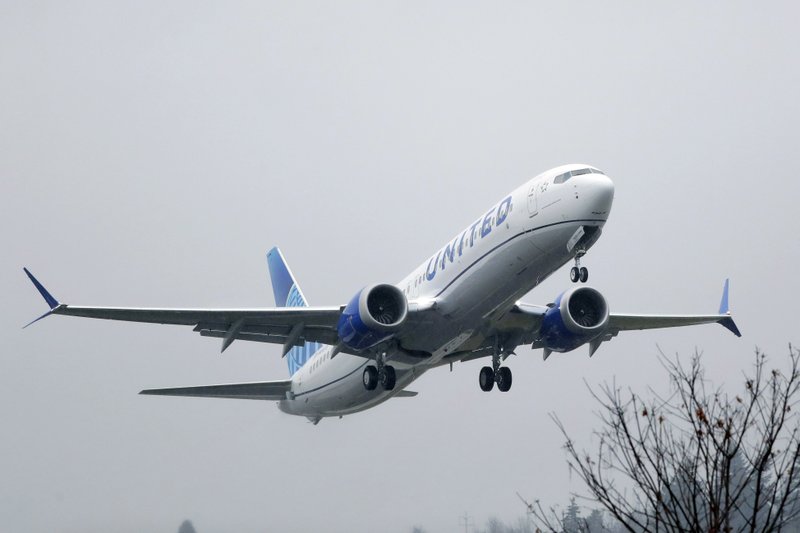 FILE - In this Dec. 11, 2019, file photo, an United Airlines Boeing 737 Max airplane takes off in the rain at Renton Municipal Airport in Renton, Wash. United Airlines said Friday, Feb. 14, 2020, that it is removing the grounded Boeing 737 Max from its schedule until early September, forcing it to cancel thousands more flights. (AP Photo/Ted S. Warren, File)

United Airlines and American Airlines said Friday that they are removing the grounded Boeing 737 Max from their schedules longer than planned, which means thousands more flights will be canceled during the peak summer travel season. That could mean slightly higher fares.

United said it took the plane out of its schedule until at least Sept. 4. It had 14 Max jets when they were grounded, but expected to be flying more of them by now. The airline said it will scrap 80 flights a day over the summer.

American followed by saying it won't use the plane until Aug. 18, more than two months beyond its target. It will cancel about 140 flights a day during the summer.

The other U.S. airline that owns Max jets, Southwest, announced Thursday that it was pulling the plane from its schedule through Aug. 10.

By taking the planes out of the schedule now, the airlines hope to avoid last-minute cancellations that could leave passengers stranded.

Max jets around the world have been grounded since last March after two crashes killed 346 people, and it has taken Boeing far longer than expected to fix the plane.