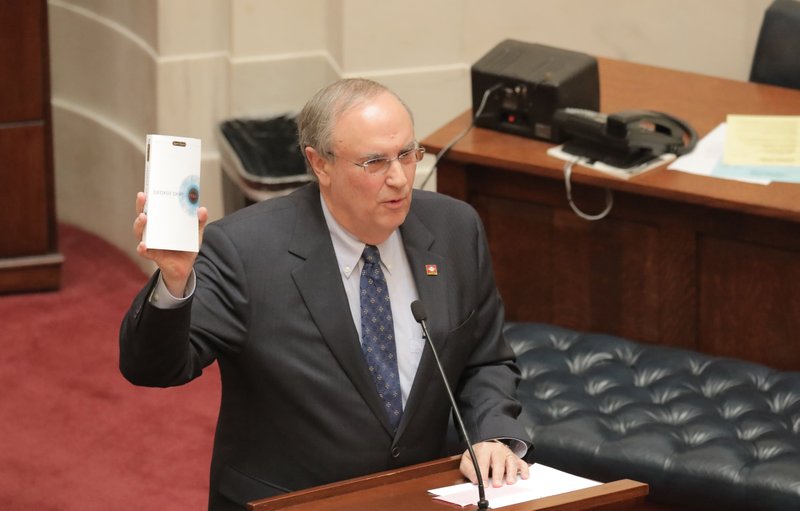 Sen. Mark Johnson, R-Ferndale, is shown in this file photo.

The Central Arkansas Water board of commissioners Thursday approved a resolution declaring the utility's intent to serve an area of western Pulaski County that includes the Ferndale community.

There are about 940 potential customers in that area, which is served by private wells and has no pipes or water authority of its own.

Central Arkansas Water plans to begin construction on public water infrastructure in the area around June of next year and complete the project around December of 2022.

The project, the cost of which is not to exceed $18.5 million, will ultimately connect the area to the water utility's current distribution system and provide water to houses and businesses there.

People who live in the area and want to receive water service once the project is complete can still apply for it.

Residents hooked up to the system via a water meter would pay a monthly surcharge -- not to exceed $125 -- to cover the costs of the project. The utility said Thursday that it is recruiting more property owners to connect to the system and working to obtain grant funding to help reduce that surcharge cost.

Engineering plans for the project have not been finalized, and the utility said it will work first to extend service to areas where there is sufficient interest as a way to help reduce the cost per customer.

Central Arkansas Water officials and western Pulaski County residents have discussed the expansion since at least 2018.

"I am honored to be at this point," Elaine Jones, who headed a group of residents working to get municipal-quality water for the area, said at Thursday's board meeting. "We're looking forward to the future in Ferndale with water."

State Sen. Mark Johnson, a Republican who lives in the Ferndale area, endorsed the expansion in a letter to Central Arkansas Water in January.

"In a time of decreasing outside grant funds, and other institutional barriers, it has become clear to me that the best and most affordable opportunity to serve the health, public safety and other community needs for this area would be for CAW to become the provider of water for this area," he wrote.

Over the past few years, the utility has consolidated or initiated consolidation of some smaller water authorities that already had their own infrastructure, including in Maumelle and in the Paron-Owensville area.

Central Arkansas Water plans to complete consolidation of the Paron-Owensville Water Authority by summer. That community is just across the county line from Ferndale.