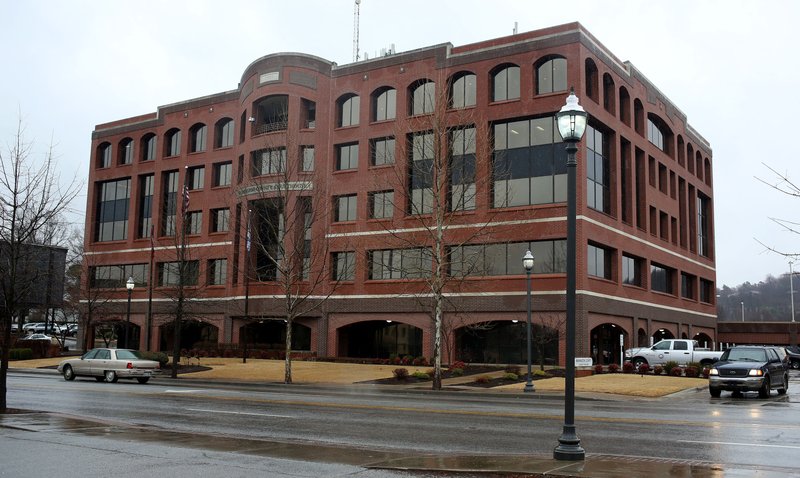 FAYETTEVILLE -- Washington County's justices of the peace agreed Thursday they want state and federal detainees removed from the jail, something Sheriff Tim Helder said he has no immediate plans to do.

"Do I plan to do this first thing when I go into work tomorrow? No," Helder said after the meeting. "My commitment is to continue to provide the best services I can from a public safety standpoint. I appreciate their opinion, but that's all it is."

Washington County’s Quorum Court on Thursday authorized the county to proceed with plans for a $5.5 million bond issue to pay for an expansion of the juvenile justice center. The county will add a new courtroom, office spaces for a new juvenile judge and staff, attorneys for juveniles and their families, prosecuting attorneys and public defenders and public space.

The Quorum Court approved a pair of resolutions aimed at reducing crowding in the Washington County Detention Center.

The first resolution asks Helder to end the agreement with the U.S. Marshals Service to hold federal prisoners. The second asks Helder to find other Arkansas counties that have jail space and would be willing to hold inmates who have been sentenced to prison but not yet accepted by the Arkansas Department of Correction.

Deakins said he understands the Quorum Court can't require the sheriff to comply.

"Tonight, the Quorum Court reaffirmed its dedication to safety and responsibility," Deakins said. "If the sheriff chooses not to follow our request, then he takes responsibility for future overcrowding."

Helder has been asking the Quorum Court to approve his plan for a 600-bed expansion of the jail since 2018. The justices of the peace have authorized a study of the criminal justice system to determine if there are alternatives and hired an ombudsman to work with the sheriff, judges and prosecutors to try to have some detainees released on lower bonds or on their own recognizance.

According to information from the Sheriff's Office, the jail, which opened in 2006, has a capacity of 710 beds. With legal requirements for the separation of different classifications of inmates, the operating capacity is between 80% and 90% of the 710 beds. The population at the jail has exceeded 800 detainees in recent weeks and the Sheriff's Office has said there are routinely close to 100 inmates sleeping on mats on the floor for lack of beds.

The Sheriff's Office has also been working to identify inmates who aren't considered a high risk to public safety and has been releasing more than 200 detainees a month, with that number recently hitting 257 in one month.

The justices of the peace voted 8-7 to approve the resolution regarding removing federal inmates and 11-4 in favor of the resolution to remove the state inmates.

There was wide agreement the state has failed to shoulder its responsibilities to counties in handling inmates who have been sentenced to imprisonment in the Arkansas Department of Correction. The state pays counties $30 per day for holding those inmates.The daily cost of holding a prisoner in the Detention Center has been put at $62 per day.

"There's no question the state pays us a paltry sum for holding these inmates," Eva Madison, justice of the peace for District 9, said during the discussion.

Butch Pond, justice of the peace for District 15, said the resolutions didn't address the real issues but he wanted state officials to be aware of the county's concerns.

"There have been comments that it's not about money," Pond said. "It's all about the money. We're going to have to take whatever money it takes to see that people incarcerated are well taken care of. We can't cut costs or cut corners on people who are residing with us unwillingly. People at the state level need to hear us and understand our concerns."