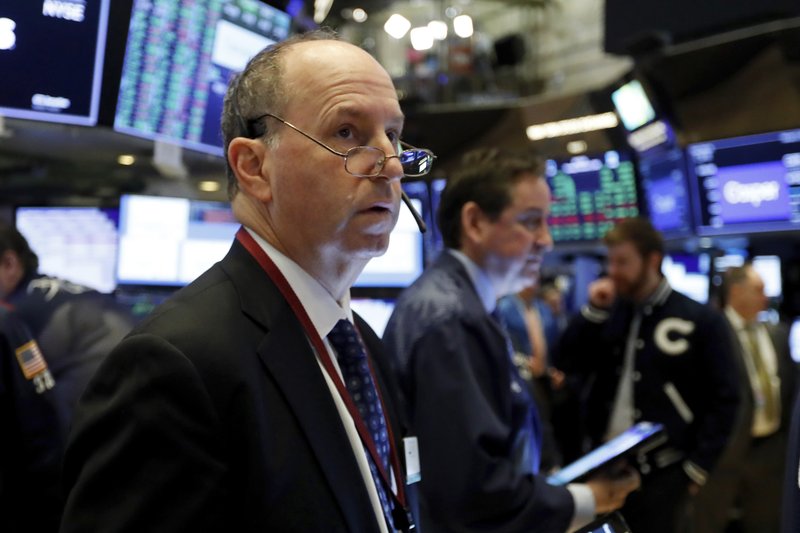 Stocks closed lower on Wall Street Thursday as investors turned cautious after a surge in cases of a new virus in China that threatens to crimp economic growth and hurt businesses worldwide.

The modest losses snapped a three-day streak of record highs for the S&P 500 and Nasdaq composite. The selling marked only the second day this month that the market has declined.

Investors largely set aside worries about the economic impact of the virus outbreak the past two weeks. Markets rallied this week partly because of reports that the number of new cases of the new virus in China had declined.

Hopes that the spread of the virus had peaked were dashed Thursday, when China reported a sharp rise in cases and deaths after the hardest-hit province of Hubei took a new approach to classifying and diagnosing the virus.

"We're in a data-dearth period in the sense that we're not really going to know fully the effects of the impact of that on Asian and Chinese growth, as well as global growth, for at least several weeks," said Lisa Erickson, head of traditional investments at U.S. Bank Wealth Management. "You're just going to see some back-and-forth movement [in the market] until that time."

Markets in Europe and Asia finished mostly lower. The yield on the 10-year Treasury held steady at 1.62%.

The major U.S. indexes wobbled for much of the day as investors weighed company earnings reports and the latest news on the virus outbreak in China.

The change in how Hubei determines and reports cases of the new virus pushed the number of cases worldwide to more than 60,000.

The spike came after two days in which the number of new cases dropped, complicating efforts to understand the trajectory of the outbreak.

Businesses have already been hurting as a result of the outbreak and more of them are warning that the effects will linger through the year. Organizers of the world's biggest mobile technology fair cancelled the event, set to take place in Spain, because of health and safety concerns over the outbreak.

MGM Resorts International, which gets about 20% of its revenue from the gambling haven of Macau, pulled its profit forecast for 2020. The stock lost 5.5%. Cruise line operator Carnival slid 2%.

Technology and health care stocks were among the biggest decliners, along with companies that rely on consumer spending. Cisco Systems fell 5.2%, Mylan slid 2.3% and Hanesbrands dropped 2.6%.

Alaska Air Group added 1.5% after the airline said it will cooperate more closely with American Airlines on West Coast service. The airlines asked for government permission to expand revenue-sharing to cover international flights in Seattle and Los Angeles.